US Department of Defense ordered the modernization of the "flying car"

July 31 2017
18
The US Army in the near future will receive a new CH-47 Chinook. The US Department of Defense ordered Boeing Corporation to build the first prototypes of Block II CH-47 Chinook helicopters, reports "Warspot" with reference to the portal flightglobal.com

The heavy military transport helicopter CH-55 Chinook, which entered service with 47 years ago, has been modernized several times, but only now the US Department of Defense and the Boeing Corporation are beginning to equip the troops with the radically modernized Chinook. 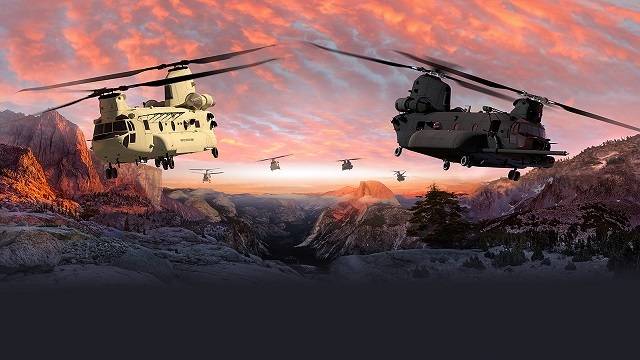 As part of the first contract worth $ 267 million, Boeing will build three experimental CH-47 Chinook Block II models. Helicopters should be ready next year and pass a series of tests during the 2019 year. According to the plans of the US Department of Defense, the first serial CH-47 Chinook Block II should go to the troops in 2023 year. Before the upgrade, it is also planned to upgrade about 500 helicopters, which are already in service with the American army.

A key feature of the CH-47 Chinook Block II will be increased payload and completely new avionics. Six fuel tanks will be replaced by two, which at the same time will be able to hold more fuel. In addition, helicopters will become more durable and reliable in operation.