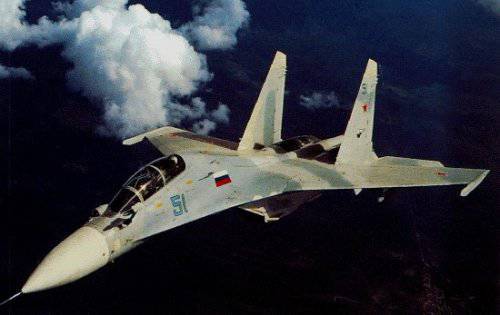 With an astronomical price increase of 155% in three years, the Sukhoi Russian Su-30 fighter follows the Gorshkov’s path, according to the Indian news DNA agency. The deal on the aircraft carrier Admiral Gorshkov was concluded in 2004, converging at a price of $ 974 million (4560 crore). However, in the 2010th it was again bargained for $ 2,3 billion (10770 crores).


The Indian Air Force (IAF) wrote a letter to the Department of Defense expressing concern over the decline in combat aviation relics. They are asking for permission to immediately purchase an additional batch of Su-30 aircraft "bypassing the general queue." In practice, this means placing an order without a competition or any other type of open competition. Earlier, in 2007, a deal worth $ 1,6 billion (7490 crore) was signed on Su-branded planes, which in terms of a single plane gives $ 40 million (190 crore).

The latest price data on Russian fighters, which became known after their publication in the materials of the parliamentary hearings, are as follows. For an additional 40 deal with the new Su-30 plus two for the replacement (compensation for losses IAF - a couple of aircraft last year crashed and was written off) the amount of 4,3 billion dollars (20,125 Crore) is requested. In recalculation we get 103 million dollars for one plane. New vehicles will be assembled at the facilities of Indian Corporation Hindustan Aeronautics Limited (HAL) under license from the Russian Federation, using kits from Irkutsk.

In the event of a deal, the Su fleet of the Indian Air Force will increase to 2018 by 270 units by the year. If, of course, by that time HAL will be able to assemble all the fighters from the Russian sets.

However, price escalation should not be taken "on faith." Airplanes assembled at the HAL Indian Corporation’s facilities in Bangalore, where one of its largest factories is located, should, in fact, be cheaper than similar aircraft assembled in Russia. At least, so say respected experts commenting on the national defense transactions.

The planned transaction is all the more seemingly costly in the light of the information that the fifth-generation American fighter F-35, produced by Lokheed Martin Corporation, is sold for 100 million dollars (470 Crore) per piece. At the same time, the F-35 is a very “advanced” fighter, built using low-visibility technologies (stealth, stealth). It is capable of cruising without the use of afterburner (supercruise) and is equipped with a radar with an active antenna array (AESA, active electronically scanned array). This machine competes on the market with a fourth-generation European fighter of the type Eurofighter Typhoon and the French Rafale, in particular, for new contracts in Norway and Denmark.

The American F-16 fighter, another Lockheed Martin Corporation product, is fighting for victory in the Indian tender to equip the IAF with the above mentioned “eurofighters” and “rahalles”. It also costs significantly less. The Indian Air Force already has fourth generation fighter jets in its fleet, some of which are awaiting approval for modernization under separate agreements involving plants in Irkutsk and Bangalore.

"Deep modernization" aims to increase the combat capabilities of aircraft, especially in the onboard systems and avionics. In general, the activities are aimed at increasing the combat value of these aircraft and maintaining their combat readiness throughout a longer calendar period. The most important part of the “deep modernization” package is the proposal to replace the existing radar stations with a passive antenna array, which today are installed on Su-30 aircraft, with radars with an active AESA grid.

The heavy twin-engine fighter developed by the Sukhoi Company entered the Indian Air Force units in 2000. Permission to purchase it was given earlier, in 1997. Since then, these machines have never been upgraded. (All figures given in the article are calculated at the current rate, and their values ​​are not exact, but approximate).

We are in Yandex Zen
Competitions FSKN Rossi tactical shooting - 2014 year
"Admiral of the Fleet of the Soviet Union Pots" project 22350 - the transition from St. Petersburg to Kronstadt
Add a comment
Information
Dear reader, to leave comments on the publication, you must to register.