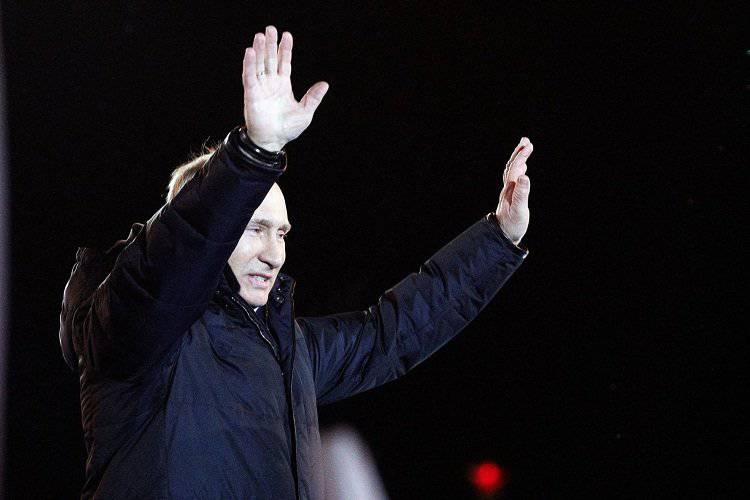 The CEC summed up the final results of the presidential elections. CEC members told about the voting process and violations and officially announced Vladimir Putin as the elected President of Russia, reports Morning.ru.

“To consider Vladimir Vladimirovich Putin to be elected president of the Russian Federation, who received 45 million 602 thousands of 075 votes, which is 63,6%, that is, more than half of the votes taken by voters,” the CEC approved document about 22 00 MSK .

Speaking of violations, Vavilov said that the CEC had received 706 complaints and appeals during the election campaign and the voting itself. According to him, from 4 November last year to 3 March, 460 received complaints and appeals, directly on election day - 178, after election day - 168. “Measures have been taken for all appeals to the CEC of the Russian Federation in the manner prescribed by law,” the deputy head of the Central Election Commission said.

As the deputy chairman of the CEC, Leonid Ivlev, said in his turn, all projects on alternative counting of election results failed. “Gentlemen, those who say that the elections were dishonest, you were mistaken,” he said, noting that the initiative groups managed to process no more than a tenth of all protocols. “This sample is not representative,” Ivlev stressed.

During the election campaign against the CEC "real information terror was unleashed," but the staff of election commissions at all levels successfully coped with the task, Ivlev said. "The elections took place, the elections were held in accordance with Russian legislation," he concluded.

Yevgeny Kolyushin, a member of the Commission with a decisive vote from the Communist Party of the Russian Federation, criticized the findings of the CEC. He explained that, as a member of the Central Election Commission, he must put his signature in the final protocol on the results of the presidential elections, but expresses his dissenting opinion, as "the information received after the March 4 elections, recorded in the arithmetic form, indicates violations of the principle of free elections." "The media plays an important role in shaping the will of citizens. Vladimir Vladimirovich Putin was in a very privileged position with respect to other candidates," Kolyushin emphasized, noting that more airtime was devoted to Putin than to other candidates, and more media wrote about him.

A member of the CEC, Maya Grishina, responded that the media did not violate the law during the campaign. In her opinion, the elections were held in an atmosphere of informational openness, “clashes of different opinions”

The election of the President of Russia took place on March 4. Immediately upon their completion, independent observers reported massive violations. According to the League of Voters organization, 10% of votes were “attributed” to Vladimir Putin. The CEC of the Russian Federation rejects these charges.
Military Reviewin Yandex News
Military Reviewin Yandex Zen
54 comments
Ad