Elections in Iran: A Bitter Pill for the West 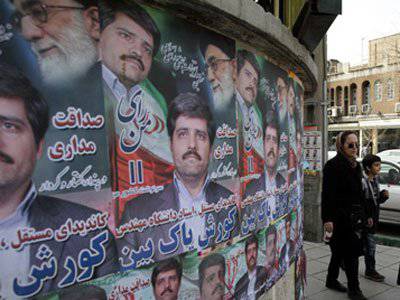 Obviously, the first week of March for the West was truly difficult. The election results in two countries at once, to which the United States has increased and clearly unhealthy attention, turned out to be disappointing for Washington, to say the least. The hopes of the White House, that in Russia and Iran everything will be decided by itself, without the need to continue financing opposition forces and increasing the hole in their own budget, crumbled like a house of cards.

Against the background of the presidential campaign in Russia, elections to the Iranian parliament, which took place on March 2, remained in the shadows for most Russians. However, unlike our elections, the results of the Iranian will were far from being so predictable. After the counting of votes by the Iranian counterpart of the Russian CEC, it turned out that now most of the seats in the Mejlis will belong to conservative forces: from moderate to very hard. If local conservatives make a single bloc, then in the Iranian parliament, the country's religious leader, Ayatollah Khamenei, will enlist the support of three-quarters of parliamentarians. This can only mean one thing that today the Iranian majority unconditionally supports the course proposed by Ali Khamenei at one time. And this course, obviously, is aimed at continuing the implementation of the ideas of the Islamic revolution and in no way aims at any rapprochement with the West. However, it is necessary to slightly open the veil of secrecy of the Iranian elections and say that, in fact, only the conservatives participated in them. What is the choice, as the ODIHR would say? And the fact that the choice of Iranians had to do not so much in the ballots, but in whether to go to this election or stay at home.

The reformist forces called on Iranian citizens to boycott the elections, since, according to supporters of the current head of state, they could pass under pressure from political forces with a particular religious bias - a transparent hint of pressure from Khamenei. After the words of the Iranian reformist parties appeared that the boycott of the elections recognized the desire of ordinary Iranians to take the path of reform, the "partners" in the West came to life. By the way, it was precisely at this time that the report of the American intelligence that Iran had no nuclear weapons made a lot of noise weapons. It is possible that the Americans hoped that the appeals of the supporters of Ahmadinejad, a man whom in the United States today is considered to be almost or not the main enemy, can in a fanciful way give an impetus to the growth of protest moods in Iran. But the miracle for Washington did not happen. The people of Iran did not elect elections only by boycotting, but on the contrary: turnout exceeded all expectations of conservative parties and led Ahmadinejad to some confusion. This was the choice - 64% of Iranian citizens who have the right to vote, came to the polls.

The results of the Iranian will showed that the current Iranian president suffered a real fiasco. However, the political structure of Iran is quite bizarre, and the defeat of supporters of Mahmoud Ahmadinejad does not at all mean that the Iranian foreign policy will somehow change. Today, there is no such political force in the country that would oppose itself to values ​​generally accepted in Iran and focused on foreign development models. Moreover, the deputies of the Iranian Mejlis do not have the right to influence foreign state policy, nor the development or, respectively, lack of development of a nuclear program.
It turns out that the conservatives won, but so far the levers of power are still with the current president. Only now Ahmadinejad obviously cannot count on mass support.

Due to the fact that the new Iranian parliament will be conservative in its mass, we should also expect that the next Iranian president may take an even tougher stance towards the United States than the one that Ahmadinejad is occupying today. Yes, the Iranian choice, it is this: either it’s tough with the West, or even tougher - there’s no third option yet. This is what worries the West.

Therefore, the decline of Ahmadinejad, which, by definition, should have impressed the European Union, the United States and, especially, Israel, these states are obviously not impressive. In this regard, it can be assumed that in the near future, American intelligence may suddenly reconsider its findings about the absence of nuclear weapons from the Islamic Republic, and the new Iranian porridge will brew in a large geopolitical pot. But the main thing for today's Iran is not even that. The main thing is that, against the background of the distant aggravation of relations between Ahmadinejad and Khamenei, a certain third force suddenly appeared, which has a tendency to “Orangeism” and can be generously funded from outside to solve its narrow problems of “democratization” of the country.