We offer the American side to 1 September with. To bring the number of diplomatic and technical staff working at the US embassy in Moscow, at the general consulates in St. Petersburg, Yekaterinburg and Vladivostok, in exact accordance with the number of Russian diplomats and technical staff in the United States. This means that the total number of personnel employed in US diplomatic and consular offices in the Russian Federation is reduced to 455 people.
- said in a statement the Russian Foreign Ministry. 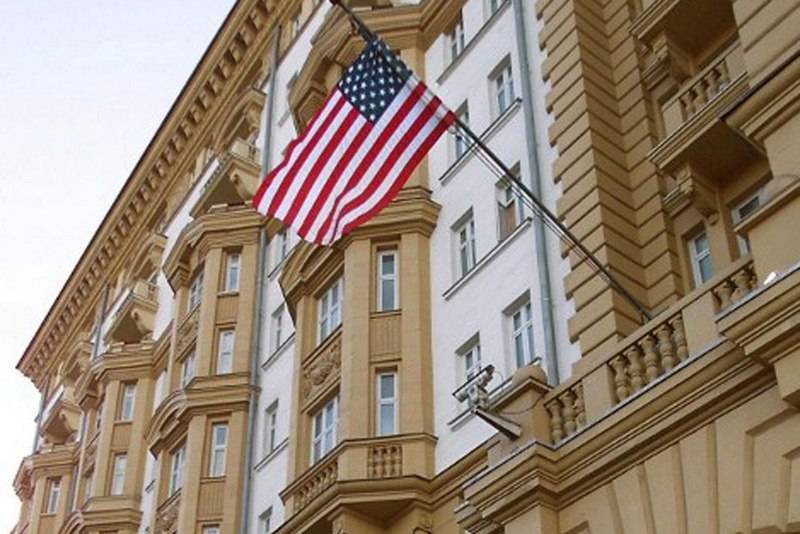 In the case of new unilateral actions of the American authorities to reduce the number of our diplomats in the United States, this will be followed by a mirror response.
- warned in the Ministry of Foreign Affairs.

At the same time, the Ministry of Foreign Affairs of the Russian Federation announced that, on August 10, the US Embassy of the US embassy was suspending all warehouse premises on Dorozhnaya Street and giving cottages in Serebryanny Bor.

The Russian side will suspend the use by the US Embassy in Russia of all storage facilities on Dorozhnaya Street in Moscow and cottages in Serebryany Bor since 1 in August
- it is spoken in the message of foreign policy department.

The US Senate adopted a law to tighten sanctions against Russia, Iran and the DPRK. The initiative was supported by 98 senators, two voted against.