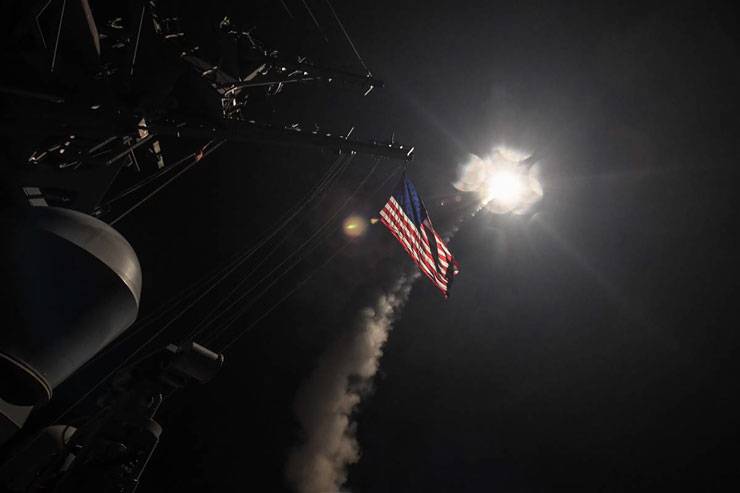 Few of the current generation know how close our world was at the brink of nuclear abyss on Black Saturday, 27, October 1962, at the peak of the Cuban missile crisis. And those who know about this, when asked about the causes of this nightmare, most likely will say about the deployment of their nuclear missiles in Cuba by the Russians. And practically no one can say what pushed the Russians to such a step. It is not customary to recall this. But this crisis, which almost initiated the nuclear war, was caused by the deployment of Jupiter medium-range missiles in Turkey by the United States in NATO (a NATO member country), which in less than 1961 minutes could have wiped off parts of the USSR, including Moscow. Khrushchev responded accordingly, making it clear to Kennedy that such a game can be played together. The catastrophe was avoided only after the Russians received a promise to withdraw American missiles from Turkey.

Do you think the lesson in Washington was learned? Very wrong. The multi-star generals from the Pentagon were ready to eat Kennedy alive for not allowing them to turn our land into radioactive ashes. And a little later, they once again tried to bring the "apocalypse" closer. It did not work in Turkey, it turned out in Germany, where the Pershing mobile ballistic missiles and Tomahawk land-based cruise missiles were pushed. The Russians did not tolerate giving the answer with a "bouquet" of "SS-20", "SS-4", "SS-5", "SS-12" and put forward "SS-23" into the territory of the GDR to cover threatening positions " Pershing. " And the devil knows how everything would end, considering Reagan’s cowboy chase, but Mikhail Gorbachev’s softness and pliability saved the world, quite deservedly (unlike Barack Obama) awarded the Nobel Prize for his contribution to peace.

It was thanks to Gorbachev that a compromise was reached that determined the possibility of signing the Treaty on the Elimination of Intermediate-Range and Short-Range Missiles (INF) in 1987. The treaty, it should be noted, is beneficial primarily to the United States, since the USSR agreed to include the SS-23 in the treaty, although they did not fall under the definition of the INF. The world breathed a sigh of relief. The arrows on the clock of the atomic war were turned back.

But some people were impatient to return the “happy” time when the Americans and Europeans were digging in the yards of atomic bunkers and stocking up on canned goods. Unilaterally, the "peacemaker" Obama withdrew the United States from the Treaty on the Limitation of ABM Systems. The radar and missiles went to Poland and the Czech Republic, right to the side of the Russians, who listened gloomily to the deceitful nonsense about the defense against Iran and North Korea and sent Iskander tactical complexes to Kaliningrad. And not only because the American anti-missiles are breaking the entire strategic balance to the hell, but also because the launchers of interceptor missiles can be adapted in the shortest possible time to launch ... Tomahawk cruise missiles! Here is such a gentleman's observance of the INF.

And what do you think, what kind of reaction did the Russian attempt to defend against the new threat provoke? That's right, a number of US congressmen offered to consider this a reason for withdrawing from the Treaty. I really want to dominate by juggling with nuclear warheads, and then some kind of restrictive treaty gets underfoot! Even cowboy Reagan didn’t allow such a thing. This rollback to the days of the Cold War will end very badly. And for all.