July 26 2017
154
Russia was wrong in choosing a national idea based on the Great Patriotic War, political scientist Andrzej Gil is convinced. Did Russia win that war? Not at all; the victory was won by the peoples of the USSR. And in general, in terms of ideology, Russia is “bursting at the seams”. 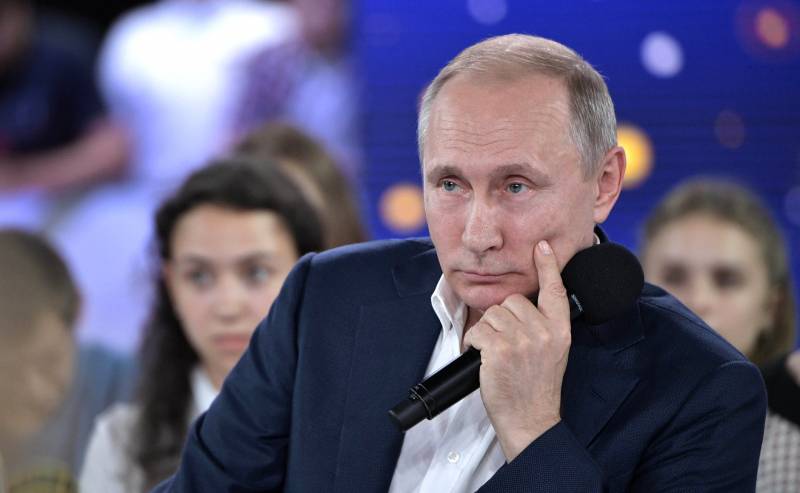 In the ideological sense, Russia is “bursting at the seams”. This political scientist has no doubt. As evidence, he cites two facts.

The first: the State Duma of the Russian Federation recently adopted an appeal where the Polish law banning communist propaganda was defined as a blasphemous act, for it is impossible to forgive those who insult the memory of the Red Army soldiers.

Second, as the scientist believes, in Russia you can already see the results of the opposition movement launched by Alexei Navalny.

The political scientist's conclusion: Russia ideologically cracks at the seams, and the government has nothing left to do but rely on something that could again unite the Russian people around certain values. That is why Moscow is also talking about blasphemy and the "blasphemous act."

Andrzej Gil believes that the Russian authorities are trying to rely on the traditions of the Great Patriotic War in the process of restoring “shared values”. The scientist finds such an approach “very risky.” “Russia is a country that is experiencing a terrible crisis, but this is not an economic crisis, but an identity crisis. We should remember that ethnic Russians, Great Russians, are less and less in Russia, ”the political scientist explained his point.

Gil believes that today's Russia is growing by national minorities, especially Muslim nations. And that is why Moscow is “desperately looking for” a unifying idea.

“But this is no longer Russia, not Russia Great Russian, not Russia of the Eastern Slavs. They are smaller, they have big problems, these are two problems: alcoholism and abortion, ”he explains.

The professor points out that the Great Russians still have a demographic advantage, but it is becoming less and less: “In the coming 20-30 years, Russia can completely change its ethnic look,” predicts a Polish scientist. And he doubts that the idea of ​​the Great Patriotic War as a propaganda is “attractive” to the peoples of the North Caucasus, the Volga region and Siberia. Gil does not think that Russia should be considered the successor of the Soviet Union, who won the Second World War. “Let's remember the main thing: they were not Russians, but Soviet people, the Soviet Union, dozens, hundreds of nationalities. This is not Russia fighting in the Second World War, and the Soviet Union ... "

Ban Gil, we note, went even further than President Duda, the ruling Polish party and, in general, all those who are actively fighting the past in Poland and fighting with monuments. The political scientist simply does not want to admit that Russia is directly related to the victory of 1945 of the year.