July 22 2017
47
Fighters of the Lebanese Hezbollah movement launched a missile attack on the supply routes and crowded locations of the Dzhebhat an-Nusra * terrorists in the Ersal mountain region on the Lebanese-Syrian border, a source in the Shiite resistance movement said.

Heavy short-range missiles flew to the clusters and supply routes of the Dzhebhat an-Nusrah terrorists to the triangles of the Al-Uweini and Al-Heil valleys in the Ersal mountain region. As a result, the attacks have become a great destruction at the scene of the shelling and the elimination of a large number (of terrorists)
- transmits RIA News source message 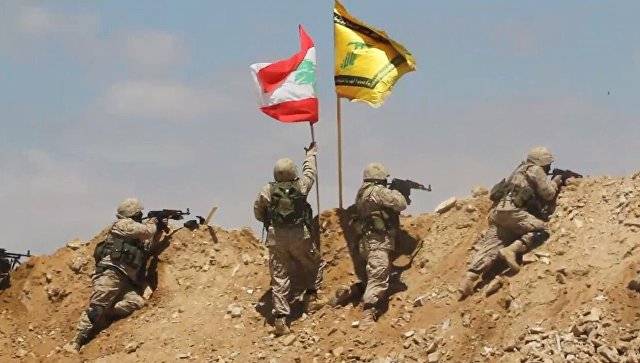 According to the source, the Hezbollah fighters managed to take control of four more areas bordering Syria to the south of Ersal.

Airplanes of the Syrian Air Force attacked Dzhebhat an-Nusra * positions in the mountainous region of Fleet (in Syrian territory) bordering the mountain region of Ersal
- added a source.

The mountain region of Ersal is considered the most intense place on the Lebanese-Syrian border. Terrorists use hard-to-reach areas for smuggling weapons and redeployed militants to Syria. Terrorist groups used refugee camps in Ersal as a shelter from the Lebanese army, transferred mined cars through them to organize terrorist attacks in Lebanon and recruited young people to war against the Syrian army.