July 19 2017
66
Russia will start supplying Su-30CM fighters to Belarus next year, reports Interfax-AVN a message from the head of the Federal Service for Military Technical Cooperation, Dmitry Shugaev. 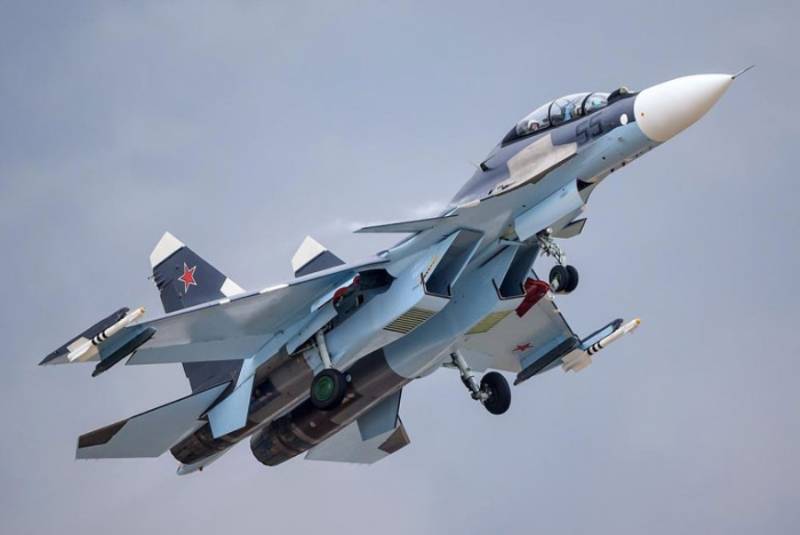 Deliveries are scheduled to begin in 2018. The end of the contract is scheduled for 2020 year,
Shugaev told the agency at MAX-2017.

He said that in May of this year a contract was signed with Belarus for the supply of 12 fighters.

The delivery will be carried out within the framework of the agreement between the Russian Federation and Belarus on the development of military-technical cooperation from December 10 of 2009,
added Shugaev.

The agency reminds that super-maneuverable Su-30CM fighters are produced at the Irkutsk aircraft factory of the Irkut Corporation.

The aircraft is equipped with a radar with a phased antenna array, thrust vector-controlled engines and front horizontal tail. The machine is able to use modern and advanced high-precision weapons of the class "air-to-air" and "air-to-surface".

According to the manufacturer, the fighter "is designed to gain air supremacy, block enemy airfields at great depth, destroy air, land and sea targets, including at night and in difficult meteorological conditions."