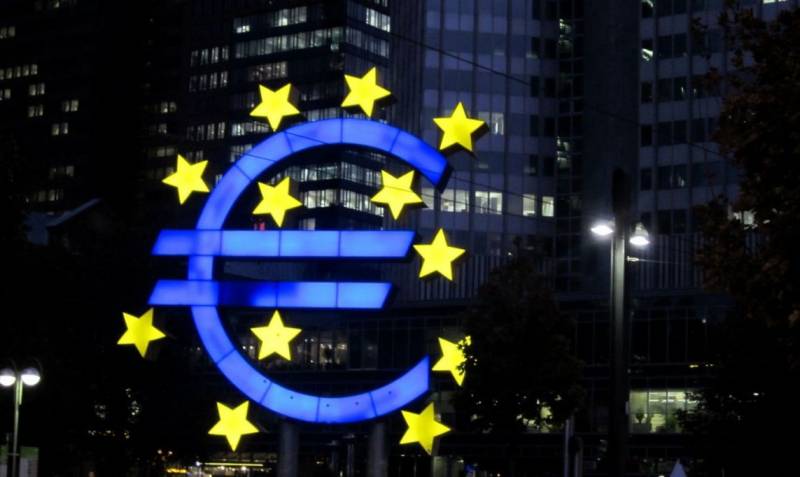 The idea of ​​transforming an organization into a “two speed Europe” that has gained popularity in the European Union’s leadership seems to be beginning to take on a real shape. However, not in the form of specific reform projects, but in the form of deepening socio-economic contradictions between different European regions. The main losers from these processes are the states of Central and Eastern Europe (CEE), and indirectly - the Balkan countries, seeking to integrate into a yet formally united Europe.

“The developing countries of Europe” (this is how the Eastern European countries have recently been referred to in the documents of the EU and other international organizations) are threatened by “serious economic upheavals”. Such a conclusion is contained in the documents of the International Monetary Fund, prepared for the regional conference in the Croatian Dubrovnik.

According to the director of the European Department of the IMF, Paul Thomsen, for the last 10 years the potential for economic growth in the CEE countries has halved. And this trend is gaining more and more obvious political consequences, contributing to the growth of instability in the countries of South-Eastern Europe and threatening to drop the situation by the end of the 1990-ies.

According to Paul Thomsen, the authorities of some countries in the region doubt the benefits of European integration, because due to the crisis and economic difficulties, the rapprochement between the West and the East of Europe has slowed down, and in some cases, stopped altogether. As a result, according to IMF estimates, in the countries of Eastern Europe “questions began to arise” about the advisability of carrying out rather painful reforms in the economic and political spheres.

The contradictions with Germany, the country that receives the maximum dividends from the crisis in the EU as a whole and in the Eurozone in particular, have also become aggravated. “No sincere observer can deny that economic structures in Europe are skewed; This is especially true of Germany, which Berlin does not seem to notice, ”writes the American edition of The National Interest.

No less serious problem for Eastern Europe is the continuing "brain drain" in the western direction. According to the IMF, in recent years about 20 million people have moved to the countries of Western Europe from its central and eastern regions.

The deepening of socio-economic and political contradictions between the western and eastern flanks of the European Union is superimposed on the aggravation of interstate relations in that part of the EU, which is considered to be the “core” of European integration. In recent days, a grave diplomatic scandal broke out between Austria and Italy. The reason was the statement of the Austrian government about the intention to tighten border controls on the border with its southern neighbor, and even push armored vehicles to these areas. Austrian Defense Minister Hans Peter Doskozil announced his readiness to send military units to the Brenner border pass (one of the main mountain passes in the Eastern Alps) and deploy four Pandur armored personnel carriers in the Tyrol region to strengthen the positions already occupied by the army units in 800 troops.

The official reason for such measures is the desire of Vienna to counteract the influx of illegal immigrants entering Italy from North Africa and through the Balkan route from Turkey. “We need to prepare for the development of migration in Italy, and I expect that border control will need to be activated soon,” the Austrian defense minister said. “We see how the situation in Italy is becoming more acute, and we must be prepared to avoid a situation comparable to the summer of the year 2015.” Austrian Foreign Minister Sebastian Kurtz also confirmed that his country is ready “to protect the border with Italy by armed means, if necessary.”

Rome sounded the alarm. The Ambassador of Austria was urgently summoned to the Italian Ministry of Foreign Affairs for explanations. Special indignation in the political circles of Italy was caused by three circumstances.

First, Austria’s violent actions followed a few days after the Italian Minister of the Interior demanded that other EU member states join the problem and help his country cope with the sudden increase in the number of migrants arriving. It is clear that the overlap of the Austro-Italian border by troops and armored vehicles is not at all the answer that was expected in Rome, relying on Euro-solidarity.

What is even more characteristic, according to sociological estimates, only a third of the arrivals flee from military conflicts or flee from political persecution in their homeland. The remaining two thirds are “economic migrants”, mostly young single men with minimal education who are capable of jeopardizing both the labor market and the social security system of Italy and other countries where they arrive.

Thirdly, the Italian crisis has a historical-state aspect. South Tyrol (Südtirol / Alto-Adige) and the surrounding Tyrolean regions are subjects of long-standing territorial disputes between Austria and Italy. Both in Vienna and Rome, they are sensitive to any unilateral steps in these areas. Not surprisingly, the current maneuvers of the Austrian army with the participation of armored vehicles caused a state close to shock in Italy.

However, Austria can not be blamed for inconsistency. From the middle of 2015, Vienna has clearly pursued a policy of maximally squeezing refugees and migrants from its own territory and preventing the arrival of new parties. This has already caused friction between Austria and Hungary, Slovakia, the Czech Republic and other countries. There is no doubt that the new growth in the influx of “guests” from North Africa and the Near and Middle East currently observed will again become the subject of heated discussions in regional capitals and at the level of EU leadership.

Thus, on the map of the European Union - even if Brexit’s factor, the Trump Factor and the relationship between Paris and Berlin, are more clearly visible, two conflicts dangerous for the unity of the EU are a socio-economic crisis, accompanied by increased political instability in South-Eastern Europe and “migration collapse” threatening Italy and Central Europe. Both conflicts did not arise today, but in the conditions of geopolitical instability in Europe and along its perimeter, they are now becoming particularly acute.