July 26 2017
3
Su-25 - Soviet / Russian front-attack aircraft, armored subsonic military aircraft. Designed for direct support of ground forces over the battlefield day and night with a direct view of the target, as well as the destruction of objects with given coordinates around the clock in any weather conditions. During the tests in the DRA in the USSR Air Force received the nickname "Rook". 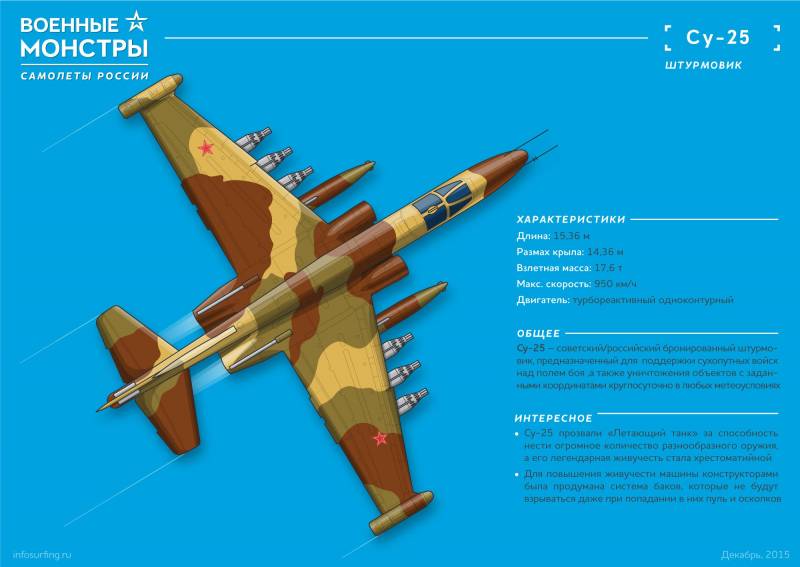