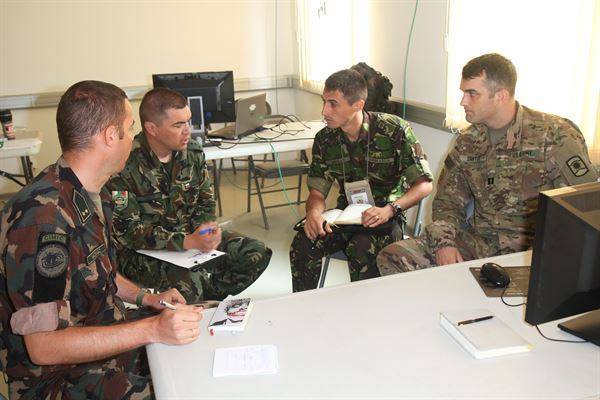 American soldiers will learn to fight with the population of South-Eastern Europe. As weapons: local media, camera and a drop of charisma. Next in line are the Balts.

On July 11, the NATO military exercise “SaberGuardian - 2017” started at the Novo Selo Bulgarian test site. 25 000 soldiers from Latvia, Lithuania, Estonia and 17 of the alliance countries take part in them. Bulgaria has not seen so many foreign soldiers yet. Hungary and Romania will also be part of a historic moment. Several times the soldiers will run over their territory.

The scale is not the only highlight of "Saber Guardian". The official website of the US Army informs that the 361-I American Civilian Administration Brigade (RSA) arrived in Southeast Europe. The uniqueness of the event was noted by the unit commander, Colonel Bradley Haston: “For the first time, so many soldiers of our profile train at ground maneuvers.”

European media did not attach any importance to this episode - they earned over another article about the Russian threat. What is this team, where does it live and why it deserves attention?

RGA units are used by the US Army to explain to the local population of a particular country why the star-and-striped flag is a symbol of democracy. The process differs from classical propaganda (dropping leaflets from an airplane, radio programs, etc.) only by the presence of personal contact with a person. During US operations in Iraq or Afghanistan, RGA fighters handed out newspapers, souvenirs, and communicated with local authorities. Increased loyalty. 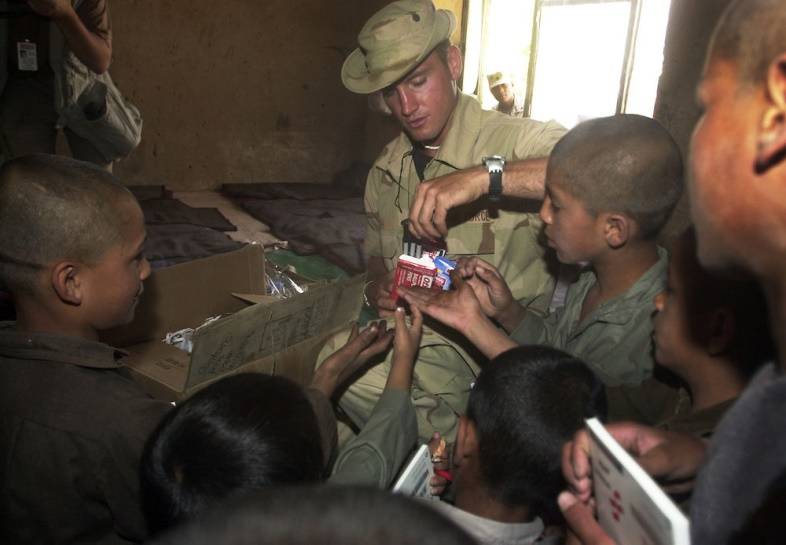 The 361 Brigade of the RSA, which arrived at SaberGuardian, is the only unit of the reserve army of the United States abroad. It is based in the German city of Kaiserslautern. Colonel Haeston, mentioned earlier, believes that "the participation of reservists in maneuvers is an excellent chance to check the readiness of the unit for future actions." The 22 instructor from the American Command of Psychological Operations and Civil Administration Relations will come to evaluate the soldiers.
.
Colonel's readiness to take action is contrary to NATO’s statements about the defensive nature of the exercises. In the press release of the maneuvers there are two episodes where the RSA brigade can take part: airborne operations (July 18, July 21) in Bulgaria and Romania. The scenario of educational games is possible next.

There is a conditional settlement. Shortly before the onset, the RGA fighters, under the guise of local residents, begin to process the population. Contacts are being established with the media and government officials. When success is achieved, the airborne operation begins to capture the conditional city. Next, a larger number of RGA soldiers are connected, the process of increasing loyalty of the population starts.

So it was in Iraq, Libya, Yugoslavia, Panama and other countries, marked with American boots. Now such scenarios are being worked out in South-Eastern Europe.

Considering the multinationality of the exercises, especially the presence of Lithuania and Poland, to transfer the described plot to Eastern Europe is not a tricky matter, and most importantly it corresponds to the colonel's desire to act. It would be rash to carry out such maneuvers in the Baltics immediately: they will reproach the Russian-speaking population for processing. Therefore, the Americans caught two birds with one stone: they studied the levers of pressure on the population of Southeastern Europe, and checked the readiness of the RSA brigade for future actions in the Old World, closer to the Russian borders and more covertly.