America is waiting for polite people

July 12 2017
18
Americans are disappointed with everything. US citizens do not trust not only Mr. Trump. Even less do they believe the media. They do not trust public institutions, they are tired of the endless feuds between Democrats and Republicans. What do the Americans want? Politeness! 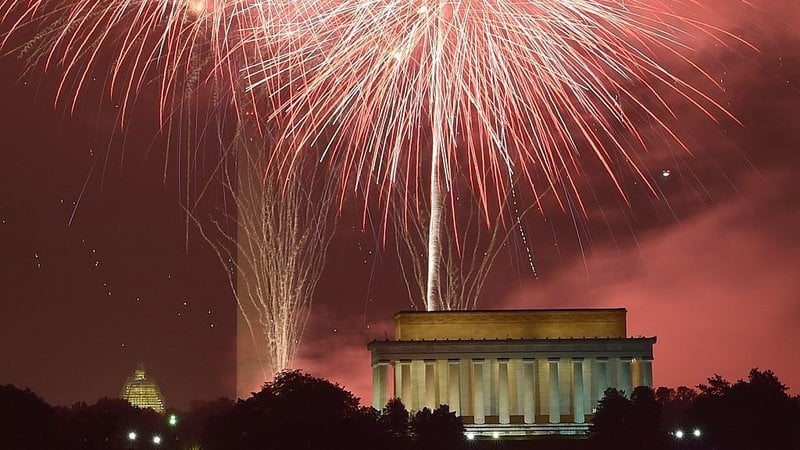 According to the NPR / PBS NewsHour / Marist poll, US citizens are disappointed by the rudeness that rival representatives of the Republican and Democratic parties say to each other. The general tone of the dialogues and the “level of politeness” of the Democrats and Republicans in the capital have “deteriorated” since the election of President Trump. The same poll shows the distrust of citizens in many of the country's main democratic institutions.

Seven out of ten Americans said that the politeness (correctness) situation in Washington had worsened with the election of President Trump. Total 6% said that the tone of communication has improved. Twenty percent say he stayed the same. In 2009, 35 percent of respondents said that politeness in the country deteriorated in the United States after the election of President Obama (the result of a Gallup poll). Eight years ago, 21% of Americans in the relevant survey said that politeness and general tone of speech in the country improved.

Sixty-five percent of respondents say that since November 2016, the Republicans and Democrats have become less helpful in communicating, and only 12 percent said that the courtesy situation has improved.

Lee Miringoff, director of the Marista Institute of Public Opinion, cites the unanimous opinion of the institute council: politeness left the city of Washington.

Few people have a high degree of trust in the social institutions that are the basis of American democracy. The exceptions are intelligence and law enforcement agencies (CIA and FBI), and many trust them only “to some extent”. The number of such trustees does not exceed 60 percent.

With other public institutions, the situation is worse. 46% of Americans say they don’t really trust congress. 22 percentages say they have no confidence in the legislative branch at all. Only 6 percent (!) Are inclined to trust the congress fully, and 23 percent also say that they trust “mostly”.

Do not really trust the Americans and opinion polls! More 6 from 10 Americans say they don’t believe them to some degree. Half the Democrats say they believe in polls. "Believers" in Republican surveys total 28 percent. Thirty-four percent of independent respondents say they trust public opinion polls, and 63 percent either have little trust, or no trust at all.

Is the election fair in the USA? Opinions of Americans on this issue are divided. 72% of Republicans trust the elections as they exist. Only 42 percentages of Democrats agree with them.

What about the rights of citizens prescribed in the constitution? Most Americans agree that freedom of religion in the country is in order. At the same time, a slightly larger number of Republicans and independent voters in comparison with the Democrats believe that such freedom is “too limited.” Thirty-four percent of Trump's supporters also believe that it is “too limited,” although 49 percent believe that everything is in order.

52%, that is, more than half of the respondents, said that the right to protest or criticize the government is in full order. On the other hand, 41% of Republicans believes that such a right has become too broad. Just think all 7% Democrats and 11% independent citizens. 48 percent Republicans think that the rights concerning freedom of protest or criticism of the government are all right in the country.

Far more unanimity Americans show on the issue of external enemies of America. This is where the White House administration and the press tried. Americans believe the press or not, and aversion to Russia is growing every year.

A recent survey showed that 64% of US citizens consider Russia an enemy of the United States. Almost two thirds!

According to the Fox News survey, which resulted in Gazeta.ru, Russia is one of the main enemies of the United States. So say 64 percent of Americans (in 2013, this opinion was shared only by 40% of US citizens).

In the list of "enemies", Russia is now ranked fourth, losing to the DPRK, to Iran and Syria. North Korea is considered an unfriendly country 93% respondent, Iran - 80%, Syria - 76%.

A sharp increase in the negative attitude of American citizens to the Russian Federation occurred after the events in Ukraine and the annexation of the Crimean Peninsula to the Russian Federation. Moscow’s accusations of hacker attacks on the servers of the National Committee of the US Democratic Party have added fuel to the fire, the newspaper notes.

The funny thing is that the "best" for Moscow, as the Americans believe, is ... Donald Trump. 73% of respondents said that the president sees an ally in Russia. Such an opinion of the overwhelming majority is explained by the fact that Mr. Trump, during the election campaign, spoke of the need to improve relations with Russia and intended to “get along with Putin.”

However, it did not work out, and the number of those Americans who consider Russia to be one of the main enemies of the United States is growing every year. Perhaps this figure correlates with the data according to which Americans tend to trust their intelligence community. To the one that regularly informs citizens about “secret evidence”, but never presents them.

America lacks politeness, but it is afraid of polite people.

Observed and commented on Oleg Chuvakin
- especially for topwar.ru
Ctrl Enter
Noticed oshЫbku Highlight text and press. Ctrl + Enter
We are
Results of the week. “I am tired of these faces. There are many people, but no people. ”OSCE Inspection - a courtesy visit or security control?
Military Reviewin Yandex News
Military Reviewin Google News
18 comments
Information
Dear reader, to leave comments on the publication, you must sign in.