Groysman called the main cause of the humanitarian problems of Ukraine

July 10 2017
45
Prime Minister of Ukraine Volodymyr Groysman, at a meeting with UN Secretary General António Guterresch in Kiev, said that the country's humanitarian problems were caused by the aggressive actions of the Russian Federation. 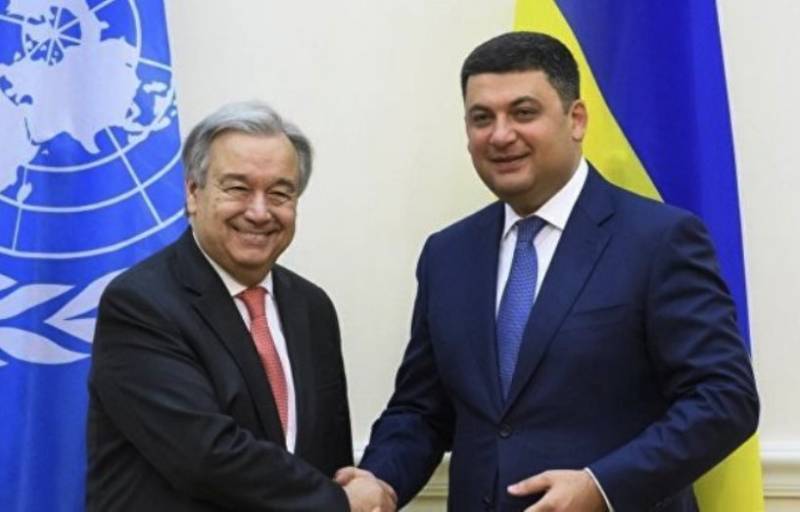 We have a fairly high level of our cooperation in humanitarian issues, we highly appreciate humanitarian assistance. We may need to raise the question of how to increase the size of this assistance or introduce new mechanisms for solving our problems,
Groysman quotes channel RT.

The prime minister stressed that the country's humanitarian problems are caused by Russia's disrespect of international law, Ukraine’s sovereignty, and Moscow’s aggression "against a democratic peace."

He reminded the general secretary that "because of the aggression of the Russian Federation, 1,7, a million Ukrainians became internally displaced persons."