Former US Secretary of Defense: Russians are drawn to the Soviet

July 10 2017
61
As former US Secretary of Defense E. Carter believes, the Russians started an “old game” from the Soviet era: when Moscow is accused of something, Moscow needs proof. On the prospects for cooperation with the Russian ex-head of the Pentagon speaks with skepticism. 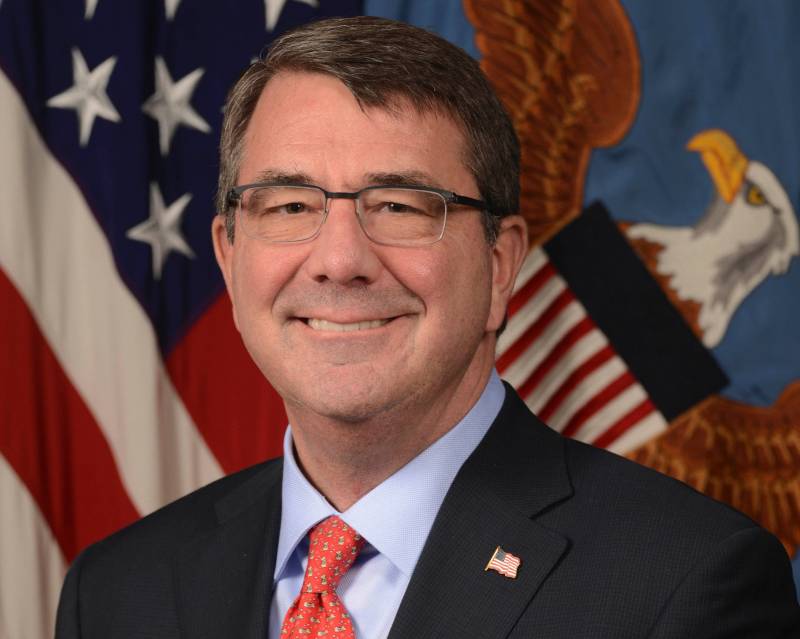 About this former US Secretary of Defense Ashton Carter said in an interview with CNN, reports "RT".

A retired military official looks skeptical about the prospects for cooperation with Russia in the field of cyber security. In his opinion, serious measures should be taken to counter Russia in Europe and strengthen the US nuclear arsenal.

According to E. Carter, Russians need to be recognized as guilty guys, and not reliable partners. “The Russians, judging by my experience,” he said on the TV channel, “started an old game again, rooted in Soviet times: when they are accused of having done something wrong, they ask for American intelligence [produce evidence] - old trick. Then they propose to create a working group, in this case on cybercrime. This can be compared with the fact that the guy who robbed your house suggested setting up a robbery working group. But they are to blame! ”

On the other hand, this does not mean a break in relations with the Russians. On the contrary, it is “perfectly normal” to discuss with them “many topics”. Carter doesn't see anything “shameful” in the dialogue: “you need to talk to people”. The question is, "what to say."

At the same time, the ex-minister demands "consequences" for Russia. For everything that the Russians have done: “We will have elections in a year and a half: state, municipal and national. In addition, elections will be held in other countries. It is important that the consequences come to the Russians because of all that [what they did].

As for Putin personally, Carter apparently considers the “old game” mentioned as a model of his behavior. Hence the thesis about the need to protect against Putin.

In order to protect, I consider it necessary to actively oppose Russia in Europe, place new American formations there, create a new tactic for NATO. Therefore, I am extremely skeptical about cooperation with Russia in Syria, so I think that we need to recapitalize our nuclear arsenal, since they are obviously building up theirs.

It seems that in the United States created a new state of affairs. If until now the “former” of various ranks (from defense ministers to White House advisers) were severely criticized by the current administrations and congressmen, especially with regard to foreign policy, now there is a new trend: there is complete agreement on foreign policy between former and current ones. Russia is recognized as the number one enemy, and the buildup of military potential, which Mr. Trump actively preaches, is not only approved, but is also declared insufficient.