Lyosha is right. And who is wrong? 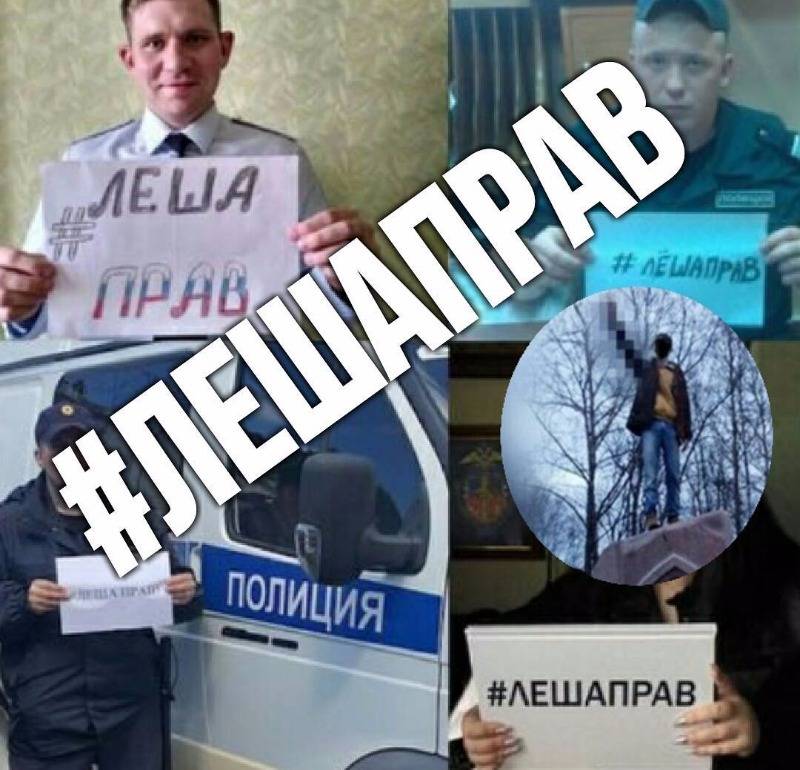 Recently, one often hears and reads about blatant disrespect for the monuments to Soviet soldiers-liberators — now in Ukraine, now in Poland, now in the Baltic States, somewhere else. Unfortunately, in Russia, not everyone understands the scale of the feat of those who fought with the "plague of the twentieth century."

True, if in countries where Russophobia is actually elevated to the rank of ideology, the fight against monuments is at the state level - in Russia, thank God, for the time being there have been some incidents. However, it cannot but be disturbed by the fact that there are more and more such cases. And the profane are the representatives of the younger generation.

Recently a case has thundered all over the country in Karelia, in the town of Belomorsk. Four adolescents, not burdened by excess intelligence, climbed on a monument to the Heroes of World War II. One of them threw up his hand in Hitler’s greeting. The resulting image was replicated "in contact".

Police officer Alexei Gekkin, seeing the ugly photo, called the signers "moral invalids" and other unflattering words. For that, the mother of one of the “heroes” of the snapshot complained of him.

Instead of having a preventive conversation with her own son, to ask herself where and what she failed to do, this woman decided to make an extreme police officer. A person who, perhaps, spoke out harshly and even rudely, but in fact is true.

Alexey was threatened with major troubles in connection with the complaint, however, a flash mob in support of him with the hashtag #Lёshraprav was organized on the network. Not only law enforcement officers, but also users of social networks, and even famous people joined this action.

In one of the interviews (this “Komsomolskaya Pravda”) a teenager named Sasha justified his actions as follows: “I wanted to parody Lenin"(Very" smart "aspiration, nothing to say). It turned out that earlier the boy was quite seriously interested in the ideas of Hitler and could not know whose greeting he depicts.

Actress Maria Kozhevnikova, who supported the #Leshaprav’s action, said: “It is terrible that we have such mothers. Instead of raising a son or explaining his offspring to his son, he spends time writing applications to a person who has called things by their proper names».

Parents of teenagers who were entertained in this way (including the girl who photographed) were fined one hundred rubles. However, it is unlikely that a fine can solve this problem, which goes beyond individual families.

This is not the first and not the last case when the younger generation with disdain relates to stories own country.

After the sensational case in Belomorsk a similar scandal erupted in the city of Lower Tour of the Sverdlovsk region. At the memorial, a couple made a frivolous photo session: a bare-chested guy with a bottle and a cigarette hugging a girl, standing directly on the flowers brought to the Eternal Flame. Citizens in the comments to the picture call to punish fans of this kind of self-administrative detention.

And here is the “fresh” case in Stavropol. 6 July two girls decided to arrange a photo session on the monument "The Fire of Eternal Glory." At the same time they climbed straight on the stone faces of the heroes. When they made a remark, they found an excuse for themselves: “We are not local, we don’t know what we can climb, what we don’t.” Residents of the Stavropol Territory in this connection recalled the incident in Kislovodsk in May 2016. Then one of the girls posed in the picture, lighting up the Eternal Flame.

Why are young people so flippant with the history of their own country? To their peers who accomplished feats in 1941-1945?

It’s hard to imagine that people like that brought up by the Soviet school do something similar.. And then ... Then began the liberal "debunking" of the Heroes and their exploits. Nasty statues in which it was stated that “everything is not so simple”.

It seems that the 90-s with their frantic anti-Soviet and Russophobic propaganda are a thing of the past. But these incidents are their belching. These are the consequences of the lack of patriotic education. The consequences of the fact that the pioneer organizations were barbarously defeated, along with the houses of the pioneers, with circles, with all that allowed to bring up the younger generation.

Even now - despite the "Immortal Regiment" and parades in honor of Victory Day - continue to show films in which "everything is not so simple." Almost every day, one or the other liberal begins to broadcast on the air that "Stalin and Hitler are the same thing" or even "communism is worse than fascism." All this contributes to the fact that for the younger generation (at least - for its individual representatives) there is nothing sacred.

However, these zigyuyuschih, grimacing and building faces at memorials, at the Eternal Flame, at the mass graves - there are “lawyers” and from among adults. "Just think, what's wrong with that?" Well, they took pictures, ”they say. As if they do not understand that it is possible to take pictures near the monument in different ways. You can just get up and do not wriggle (but then, fear lovers of such photo shoots, it will be "not fun", which means there will not be enough "likes").

Well yes. We have already heard it somewhere. "Onizhedeti" ... There, too, it all started with harmless jumps, or rather, with frantic propaganda, which debunks the feat of the soldiers of the Great Patriotic War ...