October 24 2010
2
Test tankcarried out in 1932, fully confirmed its high “aviation" specifications. On wheels M1932 showed a speed of 120 miles per hour (193 km / h), and on tracks "only" 60 miles per hour (96,5 km / h). The tank freely jumped over a moat more than 6 meters wide and could overcome a slope of 45 degrees.
Fantasy Christie has already drawn squadrons of flying tanks, freely overcoming the front line and crushing the enemy's rear. The magazine "Modern Mecanics and Envents" described in sufficient detail the design of such machines and the method of their delivery to enemy territory, and for clarity, colorful illustrations were attached.
Nevertheless, the American army showed no interest in М1932. According to the Department of Armaments, Christie was asking too high a price for his vehicles. As a result, the prototype chassis was bought by Amtorg and delivered to the USSR for testing, where traces of this vehicle are lost. 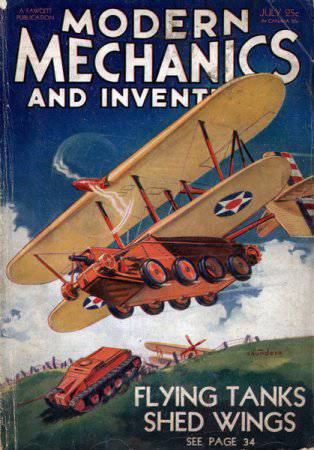 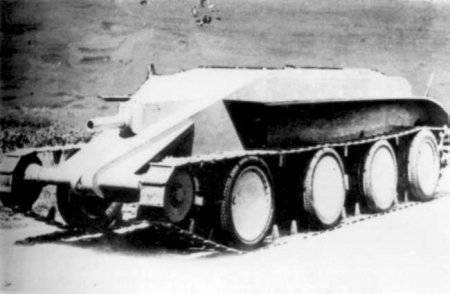 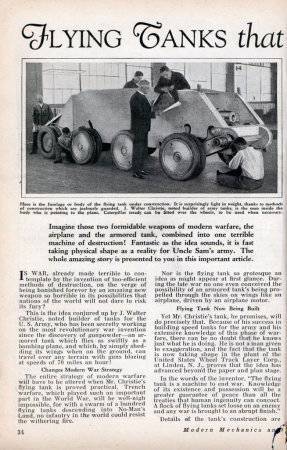 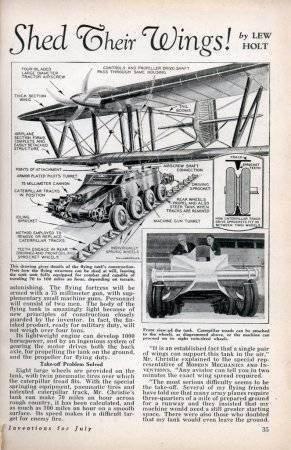 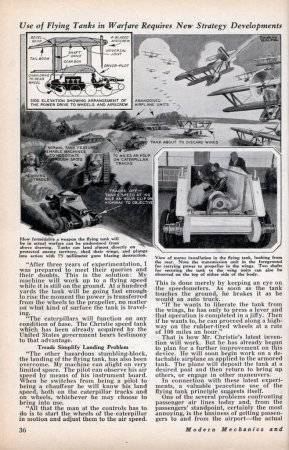