July 8 2017
54
According to the press service of the Russian Helicopters holding company (part of Rostec), the perspective Russian naval helicopter Minoga, being developed to replace the Ka-52 Katran, is planned to be made universal and quickly transformed for various tasks.

According to the expert, the Ka-52K is not quite that. Initially, the car was not created as a deck, it was later adapted for these purposes, so it has a number of limitations that are not inherent in the same Ka-27. These points will undoubtedly be taken into account in the design and construction of a new promising marine helicopter aviation "Lamprey".

Sooner or later, the replacement of the Ka-27 is necessary, and this replacement will just be the Lamprey helicopter. His task is to combine all the functions that were implemented on the Ka-27. At one time, the Ka-27 was asked in three applications (anti-submarine, search and rescue, and transport-combat), but now there are a sufficient number of other options. The concept is such that "Lampa" becomes a universal machine, quickly transformed into various applications
- Said in the press service, transmits TASS. 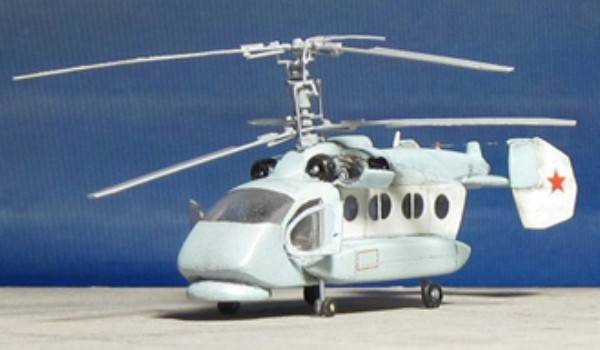 The holding noted that its weight and dimensions parameters will remain approximately the same as those of Ka-27. "Preliminary studies have been made, we started designing," they added to the company.

We remind you that last year Alexander Shcherbinin, deputy general director of the Russian Helicopters holding company for marketing and business development, said in an interview that the technical appearance of the Lamprey has already been determined. At the same time, Sergey Mikheev, the general designer of the joint-stock company Kamov, suggested that the mass production of the new deck helicopter would begin in about ten years.

A promising machine created under the code "Minoga" will have a coaxial scheme traditional for Kamov Design Bureau, there is no other option, I believe that the future is coaxial with the scheme, due to the peculiarities of its aerodynamics.
- added Mikheev