July 7 2017
45
According to the Ukrainian portal Ukrainian Military PagesUkroboronprom presented a mobile mortar complex (MMK), designed for fire support units, regardless of weather conditions, day and night on rough terrain.

According to the TTX complex can hit a variety of group and single targets, discovered by intelligence, located on the open ground or in the shelter, mobile and stationary. The mortar complex has high maneuverability, controllability and survivability. 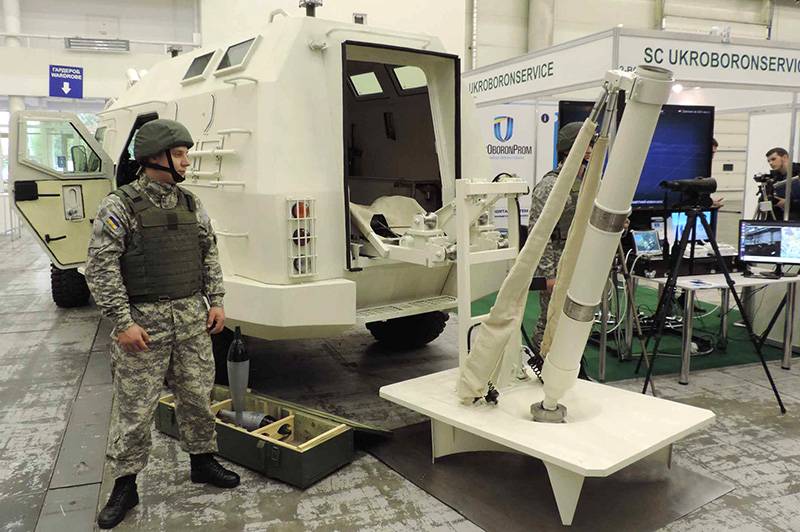 MMK at the XIII International Exhibition "Weapon and security - 2016 ”(Kiev, 11-14 October 2016)
The MMK structure is based on a modular principle that allows the use of mortars of various sizes from 81 mm to 120 mm as part of the complex and install the MMK on a series of wheeled vehicles: civilian pickups 4х4, trucks, tracked and wheeled armored vehicles. 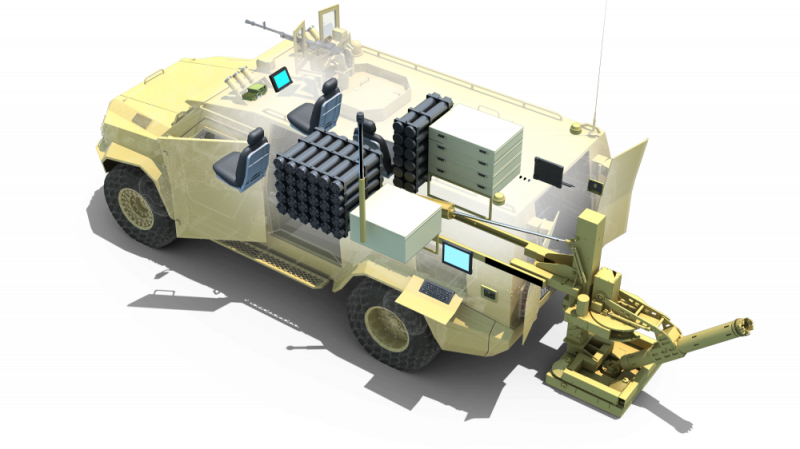 Automated fire control system has the ability to issue data for aiming and shooting in automatic mode. MMK can be easily adapted to the software, navigation systems and battle control systems of the customer. 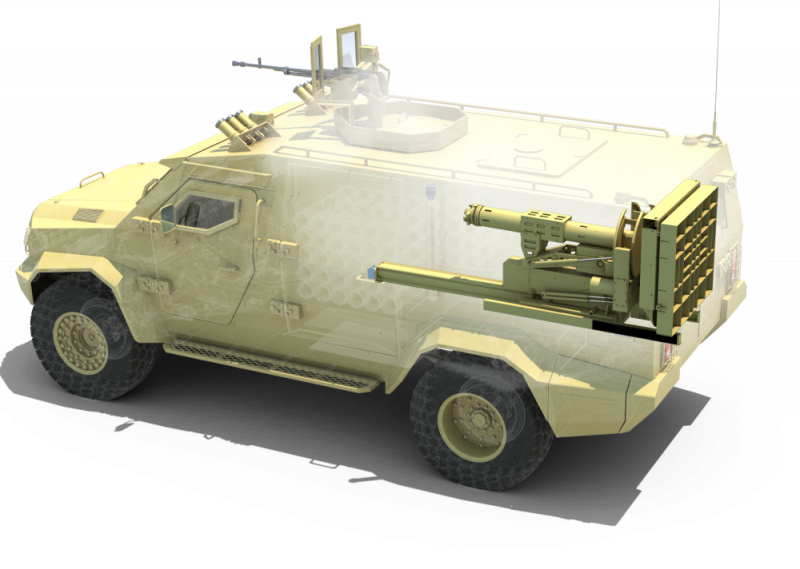 A special feature of MMK is its extreme mobility. It can be deployed automatically for 30 seconds. At the same time, the time of its collapse after holding a salvo is 20 seconds. MMK is no longer just a mortar, but a whole complex with communications, control, and intelligence, among which the UAV. To all this, ease of control is added during firing, which is carried out by a special tablet. Another feature of the MMK is that the angle of fire has increased significantly horizontally, from 15 degrees to 45, which greatly expanded its firing capabilities.