July 7 2017
27
Today, the Interfax news agency, citing sources, publishes material stating that Viktor Bondarev will soon leave the post of commander-in-chief of the Russian Federation Military Space Force. The submission states that Colonel-General Bondarev will go to work in the Upper Chamber of Parliament - the Federation Council, where he will represent one of the Russian regions.

From the message sources Interfax:
At one of the first autumn meetings of the Upper Chamber, a decision will be made to appoint Bondarev as head of the defense and security committee of the Federation Council. 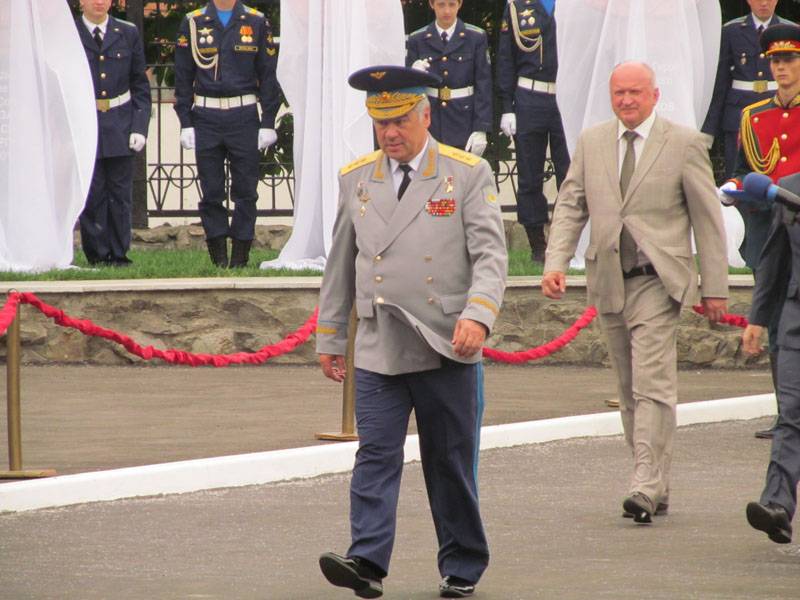 For reference: Viktor Bondarev was born on December 7, 1959 in the village of Novobogoroditskoye, Voronezh Region. In 1981 he graduated from Borisoglebsk Higher Military aviation School of Pilots named after V.P. Chkalov. In 1992, he completed his studies at the VVA named after Yu.A. Gagarin. He has numerous state awards, in particular the Golden Star of the Hero of the Russian Federation. He is a honored military pilot of the Russian Federation. He participated in both Chechen campaigns, having made over 400 sorties during their course.
Military Reviewin Yandex News
Military Reviewin Yandex Zen
27 comments
Ad