Kursk Bulge and Prokhorovka - Where Historians are Wrong 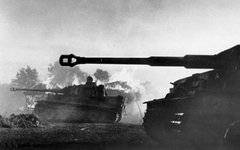 For reasons that are not completely clear, a number of researchers studying the events on the Kursk Bulge, for some reason, attach great importance to the battle of Prokhorovka. As if this battle was the culmination of the battle, and everything that happened in other parts of the arc was almost secondary. Although the battle of Prokhorov, with all its heat and drama, was only one of the episodes of the great battle of Kursk.
For example, the battles in the Oboyansky direction deserve no less attention, but many historians go so far as narrowing the battle to Prokhorov to the framework of a single day - July 12, 1943. Although it lasted at least a week. Of course, such a narrowly focused approach leads to a distorted understanding of what happened at the Kursk Bulge. Not surprisingly, some researchers, according to the results of the July 12 battles, generally agreed to the point that the Soviet troops were defeated near Prokhorovka and, they say, only a miracle did not allow the Wehrmacht to defeat the Red Army.


But was it really? Especially if we consider the whole battle of Kursk, and not just one counterstrike under Prokhorovka on July 12?

As you know, at the initial stage of the battle, the Germans succeeded, who managed to break through the defense, which had been preparing for three months, in two days of fighting. In the evening of July 6, the German advanced units were only 10 kilometers from the Prokhorovka station, however, encountering fierce resistance of the 1st tank army, could not immediately capture it.

Since July 6, the fiercest battles unfolded on Prokhorovka’s direction, which lasted until the July 16. They achieved particular bitterness by July 10. It is this day that can be considered the official start date of the Prokhorov battle.

On July 11, the Soviet command, seeing that the pace of the German offensive was decreasing, decided to launch a counterstrike, in which P. Rotmistrov was assigned the main role in the 5 Guards Tank Army. In its composition, the army had about 860 tanks and self-propelled units. The counter-attack was scheduled for 10.00 12 July, but the Germans 11 July broke through the defenses of the 69-th army and began to threaten the flanks of the 5-th tank army. Therefore, the start of the counter attack was decided to be transferred to 8.30.

Rotmistrov's army was a reserve and had not participated in the battles at the Kursk Bulge before. However, the deployment of 5 –th Guards. TA Germans carefully monitored. Moreover, they knew in advance the direction of the strike and were able to organize a tight line of defense.

We have to admit that the direction of the main attack was chosen extremely unfortunate, since 5-th Guards. TAs were opposed by the strongest parts of the 2 of the SS SS tank corps. And when the first echelon consisting of two tank corps (300 tanks and SAU) in the morning of July 12 went on the attack, it did not come as a surprise to the Germans. Our tanks immediately came under heavy fire.

The situation was aggravated by the fact that the tanks were going to a frontal attack on a very limited space width of 4-5 kilometers. The Germans, using superiority in artillery, shot Rotmistrov's tanks almost with impunity. The T-34 was struck by the 88-mm “tiger” cannon at a distance of up to two kilometers, and the 75-mm cannon of an average T-IV - up to 1,5 kilometers. 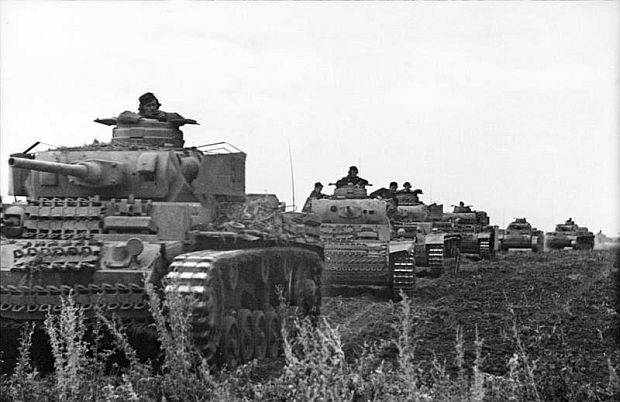 Light tanks T-70, which also took part in the 12 battles of July, did not pose a threat to the Germans at all, since they practically couldn’t cause even the slightest damage to the German middle, not to mention heavy ones. To do this, they had to get close to them literally at a distance of a pistol shot, but the Germans, using the advantages of their artillery, preferred to shoot them from afar.

In addition to tanks, the Germans had anti-tank batteries, which also chalked up a lot of Soviet tanks. These batteries were not timely suppressed, which led to very sad consequences. Of course, the German was not inactive either aviation.

Soviet tanks had to fight in very unfavorable conditions. It was almost impossible to hit a “tiger” or a T-IV immediately, and the tank stopped for an aimed shot immediately became an excellent target. In addition, with the German tanks it was necessary to get close to about 500-600 meters. That is why the battle immediately began to take shape not in favor of our tank crews.

By 11.00 it became clear that the offensive was exhausted. However, the tankers continued to perform the task and in some areas they managed to penetrate the German defense. But these were very minor successes, for which, moreover, had to pay a very high price. The main objective of the counterstrike was not achieved, moreover, Rotmistrov’s army virtually ceased to exist as a full-fledged combat unit.

From 670 tanks and self-propelled guns that took part in the battles of 12 in July, 5-I guv TA lost more than 450 machines. That is almost three-quarters of its composition. Irrecoverable losses reached about three hundred tanks. The Germans also suffered losses, which are estimated at about 150 tanks, but no more than three dozen of them were irretrievably lost. And Stalin's fury is quite understandable when he found out what price he had to pay for the so-called “defeat” of the Germans.

In addition, we had to urgently make adjustments to further offensive plans, where the 5 of the TA was assigned a prominent role. However, in just one battle, even taking into account the restored and repaired equipment, Rotmistrov’s army more than half lost its combat capability and, accordingly, could henceforth solve only limited tasks.

It was not necessary to expect any other result from a frontal attack on the unsuppressed German defense. The Soviet tank crews initially had to act in an extremely difficult situation, where the chances of success were zero.

The saddest thing that happened was not at the end of June 1941 of the year under Dubno, where a tank slaughter of a truly unprecedented scale broke out, but two years after the start of the war. When the Soviet generals, it would seem, gained considerable experience and learned to fight. But for some reason, the Mortarists threw tanks into a frontal attack, trying to get out the German wedge with a tank wedge.

Not quite true and common version of the "oncoming tank" battle. " The Germans for the whole day 12 of July more than once went over to counterattacks and then a duel confrontation between Soviet and German tanks really took place. But there was no question of any tank avalanche rushing towards each other. The Germans were not so stupid as to allow themselves to be crushed by numerically superior Soviet tanks. Or at least to let them into the distance of an effective shot, which they were strictly forbidden by an order. "Unseen in stories»A tank battle is an obvious embellishment of events, designed to somehow cover up the blunders and smooth the impression of serious losses 5 Guards. TA

The number of tanks participating in the battle was also contrived. The figure of one and a half thousand is overestimated by about two times, and again it is designed to hide Rotmistrov’s mistakes. After all, he had to explain how nearly half a thousand cars were out of action, most of which were lost irretrievably. Therefore, hundreds of battles and destroyed “panthers”, “tigers” and “Ferdinands” were invented. 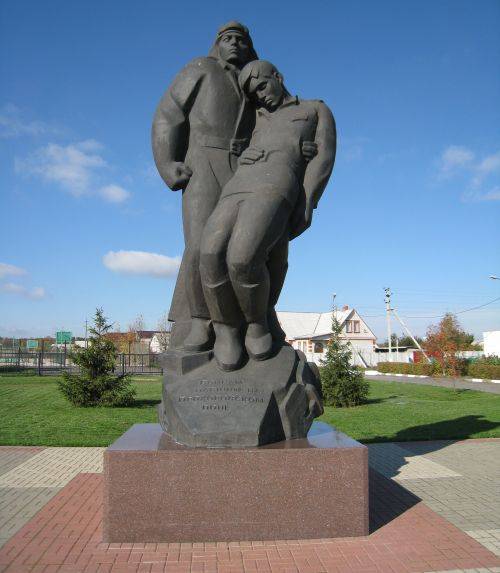 The fact that 12 July was not reached a decisive change is also indicated by the fact that 16 July is the commander of the Voronezh Front N.F. Vatutin ordered the troops to go on the defensive. Although at this very moment the Germans, due to the changed situation on the southern flank of the Soviet-German front, began to withdraw their formations. And July 16 can be considered the day of the end of the Prokhorovsky battle.

As for the July 12 counterstrike, it was just one of the episodes of the seven-day battle of Prokhorovka. Which, despite the loss figures unpleasant for us, ended in favor of the Red Army. The Germans did not manage to break through to the rear of our troops and go to the operating room. But for this it was necessary to pay a high price.

The fact that the price was paid high, shows this fact. After receiving updated information about what exactly happened under Prokhorovka on July 12, Stalin, what happened to him extremely rarely, became enraged for the commander 5 of the Guards. TA PA Rothmistrov case almost ended the tribunal. At the direction of Stalin, a commission was created under the chairmanship of G. M. Malenkov, who, after a long trial, described the actions of the 5 gd. TA 12 July as a "pattern of unsuccessful operation."

How unsuccessfully this operation was carried out, indirectly testifies to the plan of Manstein, who immediately after the “oncoming tank battle” planned to do a lot… to surround Rotmistrov. In the evening of July 12, the headquarters of the 2 SS Panzer Corps was oriented on July 13. The corps was ordered to go "to the covering offensive ... against enemy tank units stationed in the Prokhorovka area." That is, surround parts of the 5 st Guards. TA Rotmistrova.

The fact that the Germans quietly evacuated the damaged tanks from the battlefield during the 13 and 14 July leads to sad reflections. In total, they managed to take out about 200 machines. Both his and Soviet. Those Soviet tanks that, for one reason or another, could not be evacuated, the Germans blow up. 24 July this fact is recognized and a member of the Military Council of the Voronezh Front N.S. Khrushchev: "The battlefield was left for the enemy - almost all damaged Soviet tanks were blown up and burned by the Germans, while the German vehicles were evacuated."

But if, under Prokhorovka, they did not succeed, then the Germans exhausted themselves in other parts of the Kursk Bulge, began to retreat to their original positions, and then left them. And then, without stopping, they rolled westward until they reached Berlin, where the war ended. And Prokhorovka field will forever remain the field of Russian military glory. And although the official version does not quite correctly reflect what was actually happening there, the feat of Soviet soldiers will never be forgotten. With their massive heroism and at the cost of their lives, they thwarted the Wehrmacht’s offensive plans and contributed to the victory in the Kursk Bulge.

A good lesson in the Battle of Prokhorovka was for Rotmistrov. Later he planned the operations more carefully and soon his army distinguished itself in the battles on the Dnieper and in the Pyatikhatsky operation. Already in October, the unsuccessful counterattack near Prokhorovka was forgotten and Rotmistrov was promoted to colonel-general. And on February 21, 1944, after the brilliant Korsun-Shevchenko operation, Rotmistrov became a marshal of the armored forces. Although, apparently, he could not forget the counterstrike under Prokhorovka until the end of his life ...