Dardanelles and Gallipoli. Riddle of the resistance of the Turkish soldier. Part of 2

July 14 2017
33
8) In May 1915, the Allied fleet was waiting for new major losses. On the night of May 13, at 1 hours and 17 minutes in the Morto Bay, the Turkish destroyer Muavenet-i-Millet hit the Goliath battleship with a 3-torpedo salvo: there was an explosion in the cellars and the Goliath sank immediately. Of the 750 crew, 180 were saved. The consequences immediately came: fearing for his fate, the British Admiralty recalled the operation veteran and the most powerful ship to only the Dardanelles squadron, but also all English fleet “Queen Elizabeth.” The departure of the dreadnought - a symbol of the expedition, caused despondency in the ranks of the allies. On May 25, at Gaba-Tepe, a German U-21 submarine destroyed the British battleship Triemph (73 sailors died). On May 27, the same submarine sank the battleship Majestic at Cape Helles, 7 ​​sailors died.


From the shore, the Turkish soldiers saw and enthusiastically welcomed the death of the enemy’s heavy heavy ships, daily, who beat them up: this raised the morale of the fighters of the Liman von Sanders army. We saw the death of their battleships and thousands of Allied soldiers. Thus, for the month, the Allied fleet lost 3 large combat units. 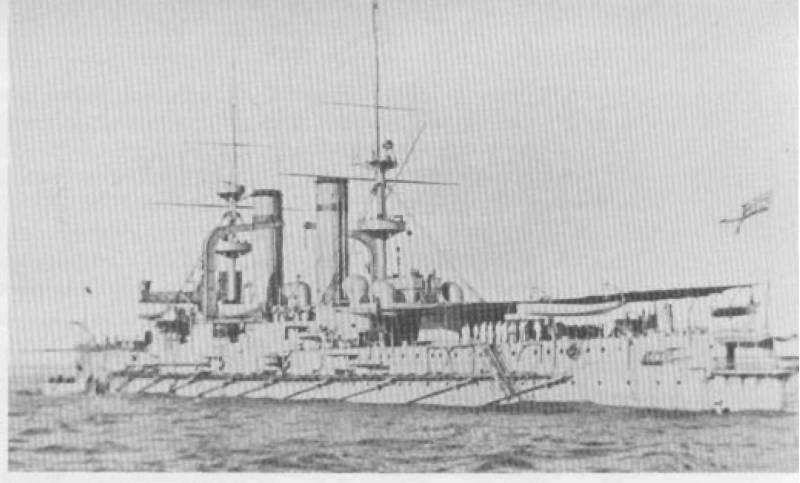 9) The operation is indicative of the active actions of the destroyers and submarines. So, the destroyer “Timur Hissar” of 1 on March at Smyrna attacked and inflicted damage to the British air transport “Ann Rickmers”, and on April 16 of the same destroyer attacked the British transport “Manitou” from Syros. The Turkish torpedo passed by, but during the descent of the boats because of the panic that had risen on the transport, 51 drowned. German submarines were rampant. For example, 4 July U-21 sank the French transport Carthage (5600 tons by displacement), August 13 UB-14 sank the British transport King Edward (11117 tons) from the 1366 soldiers and officers he carried killed 866. On September 2, the same submarine attacked the Saussland transport (although it did not sink, 40 people died). On August 19, the English ship Arabik was sunk, and on September 8 Indian military transport Ramazan (3477 tons), on which 306 people died. 13 Germanic submarines operating in the Aegean Sea, only for the period from September 28 to the end of October 1915 drowned 23 vehicles with troops, weapons and equipment.

Operated and allied submarines.
17 April E-15 ran aground, being under the guns of Fort Dardanos, which immediately opened fire on it. The commander tried to lift the submarine, but to no avail. Almost immediately he was killed, and soon the boat was damaged. A total of 7 crewmembers died and the rest were captured.

On April 29, the E-14 floated Turkish transport to the bottom, and on May 1 the gunboat Nur-ul-Bahir (36 dead). AE-2 was killed on April 30 after a fierce artillery battle was sunk by the destroyer Sultan Hissar. 1-th May French submarine "Jules", having blown up on a mine, was killed with the whole crew. The 10 of May E-14, which was near Constantinople, was hit by a torpedo by Turkish transport “Gul Jemal” (rushed ashore). Vehicles carried a field battery and 6 thous. Soldiers.

Of all the British submarines, the E-11 achieved the most success, sinking several small ships first, and on May X, the torpedo gunboat Pelengi-Derya at the Bosporus. On May 23, E-24 destroyed the Nagara 11-ton steamer (carrying the 300-mm cannon and 150 shells to it were killed) and transport, and the next day the German steamer Istanbul sank to the torpedo (the incident caused panic) resonance). On May 600, the submarine launched the ship Panderma to the bottom (it killed up to 28 people and 250 thousand shells), and June 7 transported from Nagara. On August 7, a submarine torpedoed the gunboat “Payk-e-Shevket” (she was able to return to the base). At dawn 6 August, E-8 attacked the Hayreddin Barbarossa battleship. Dodrednaught rolled over and sank, 11 people died. E-580 also seriously damaged Turkish transport, forcing the latter to run ashore.

On June 29, a French boat, the Marriott, hit the net and was taken prisoner with the crew. 30 June E-7 destroyed the steamer and 2 sailboat, and another 3 sailboat rushed to the shore. The same boat 4 July sank the 2 sailboat, and 10 July - 3000-ton ship. But on September 4, the E-7 got entangled in the Turkish anti-submarine networks, and the submariners were captured. The E-2 drowns the 14 of August by the minelayer Samsun. On October 30, the French submarine Turkuaz, operating in the Sea of ​​Marmara, ran aground and was captured by the Turks. The data on the rendezvous with the British submarine E-20 was found on it. As a result, the UB-14 submarine attacked the E-20 and sank the "British" with the entire crew (except for the commander and 8-mi sailors). The submarine E-11 during November-December 1915 increased its combat scores for the destroyer (the Yar Hissar sunk by December 3 - killed 8 Germans and 28 Turks from the crew), 35 sailboats and 11 steamers. In a number of cases, English submarines used their deck artillery against coastal targets — this had a moral effect. Thus, the boats E-7 and E-12, operating at Constantinople, fired at the mills and moving trains. The E-7 bombarded the gunpowder factory in Zeytun, while the E-11 on December 5 sank the German 5000-ton steamer Bosporus with artillery fire.

The losses of the Allied submarines for eleven months of the Dardanelles-Gallipoli operation - battleship, destroyer, 2 gunboats, 25 steamers, 11 transports and over 100 sailboats. The result is sensitive for the German-Turkish, but not decisive. 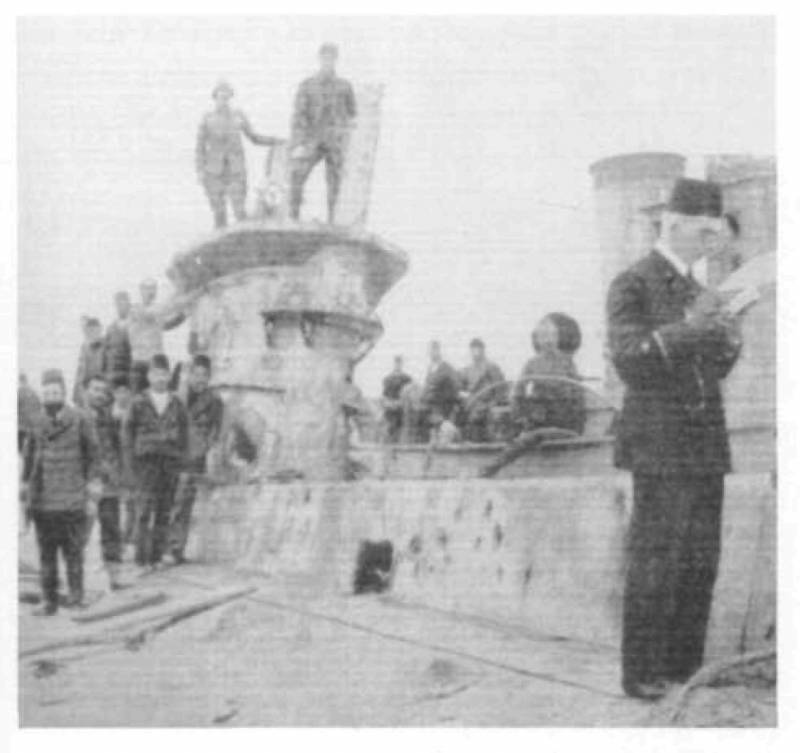 10) During the August battles of 1915, the Australian and New Zealand units again distinguished themselves. Fierce fights, often turning into hand-to-hand fighting, led to great losses (for example, the 1-I Australian brigade from 2900 fighters lost 1700, and the 3-I light-weight brigade lost 600 people (that is, half of the personnel) in the first 15 minutes of combat). During the battle for Lonepine, the Australians have earned 7 Victoria Crosses. On the night of 9 August the Turks lost the Chunuk-Bair plateau: in this battle, the New Zealanders and the Gurkha shooters distinguished themselves. On this day the Turkish counter attacks began in the morning. The British units, under the repeated attacks of the Turks, fell back. Gradually, the British lost the ridges of heights and hollows. By evening, they were driven back to the foot of Sari-Bair - in fact, in the starting position. Only the extreme fatigue of the advancing Turks and the British artillery fire delayed the further development of the Turkish offensive. In the morning of August 10, the British tried to launch an offensive, but this attack was repelled by the Turks. The Anzac fighters approached the Anafarta mountain, which dominates the Turkish positions - the key of the operation, but could not master it, despite the support of more 100 guns. L. von Sanders believed that the loss of this key position meant the fall of Constantinople. But the intense bloody battles bloody ANZAC - only the battles in the 6 period - on August 10 cost allies to the 20000 people, and some units were left without officers. Turkish troops also suffered heavy losses: only 10 of August - 5000 people. 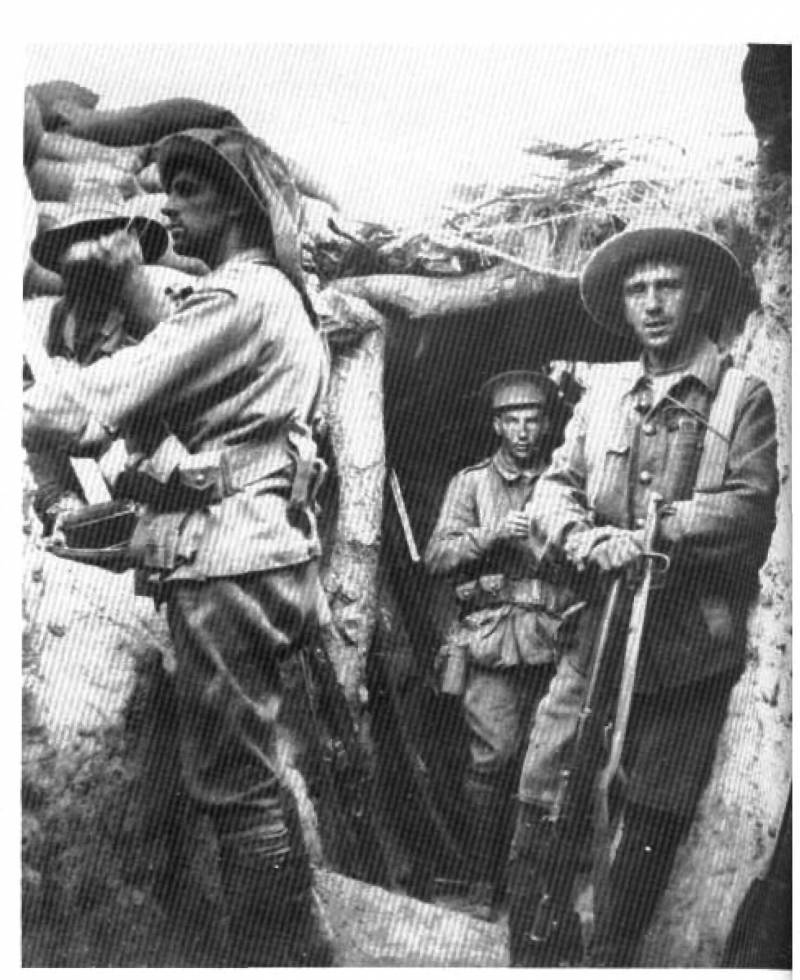 11) During the operation, the Russian cruiser “Askold” was active, entering the 6 squadron of the Allied fleet, commanded by the French rear admiral Heprat. On April 25, the 1915 cruisers' boats actively participated in the landing at Kum-Kale, while the ship itself supported the landing with fire. For the 25 on April, the cruiser used up 748 152-mm and 1503 75-mm shells. Accuracy of the fire of the Russian cruiser caused the admiration and surprise of the allies. The 26 of April resulted in the fire of the “Askold” and the auxiliary cruiser “Savoy” that interacted with him and the capture of an enemy soldier before the 500. "Askold" operated by the Dardanelles until the end of April, losing 4 people killed and 9 wounded. In May, "Askold" acted sporadically in the Dardanelles - during this period the commander of the German U-21 submarine, who noticed "Askold", reported about him - but he preferred more tasty prey to light cruisers: the targets, the battleships Triumph and Madzhestik. 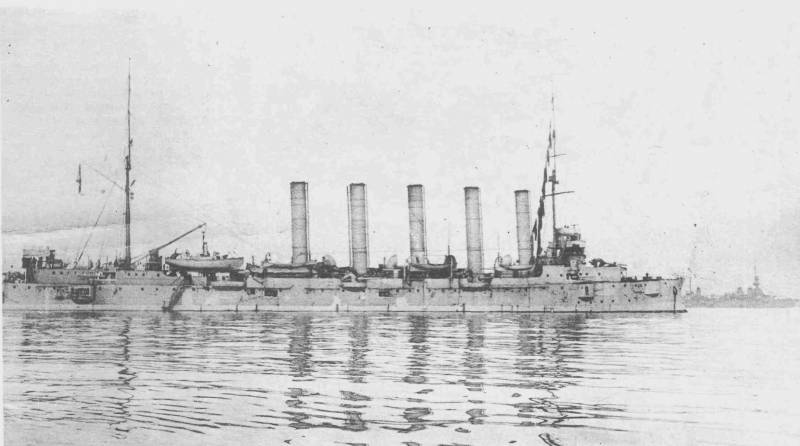 12) The Dardanelles-Gallipoli operation is one of the most bloody (total losses of the troops of the parties are up to 50% of the number of troops that went through this operation) and at the same time unsuccessful combat operations of the world war.

A total of up to a million people passed through the Dardanelles-Gallipoli front, and more than half of them died, went missing, were injured or fell ill. Total losses on land: Turkish troops - 250000, Entente troops - more than 266000 people. Although the Turkish casualties (87000) are almost twice as high as the corresponding losses of the Allies (46400 - 36400 British (including 1700 Indians and 9700 Australians and New Zealanders) and 10000 French), but the latter have a higher percentage of wounded and (especially) sick - which illustrates both the level of command and the degree of his concern for his troops, and the specifics of the hostilities of the badly supplied troops on the unaccustomed terrain (wounded and sick - 163000 Turks, 173300 British and 46500 French). In the naval sphere, primarily due to the death of large surface ships, the losses of the Allies significantly exceeded the Turkish ones. The Turks lost a battleship, a squadron destroyer, a destroyer, two gunboats and a minelayer - all of them killed the 652 sailor. The British and French lost 6 battleships, destroyer, 7 submarines, small ships and ships - and 1540 sailors. 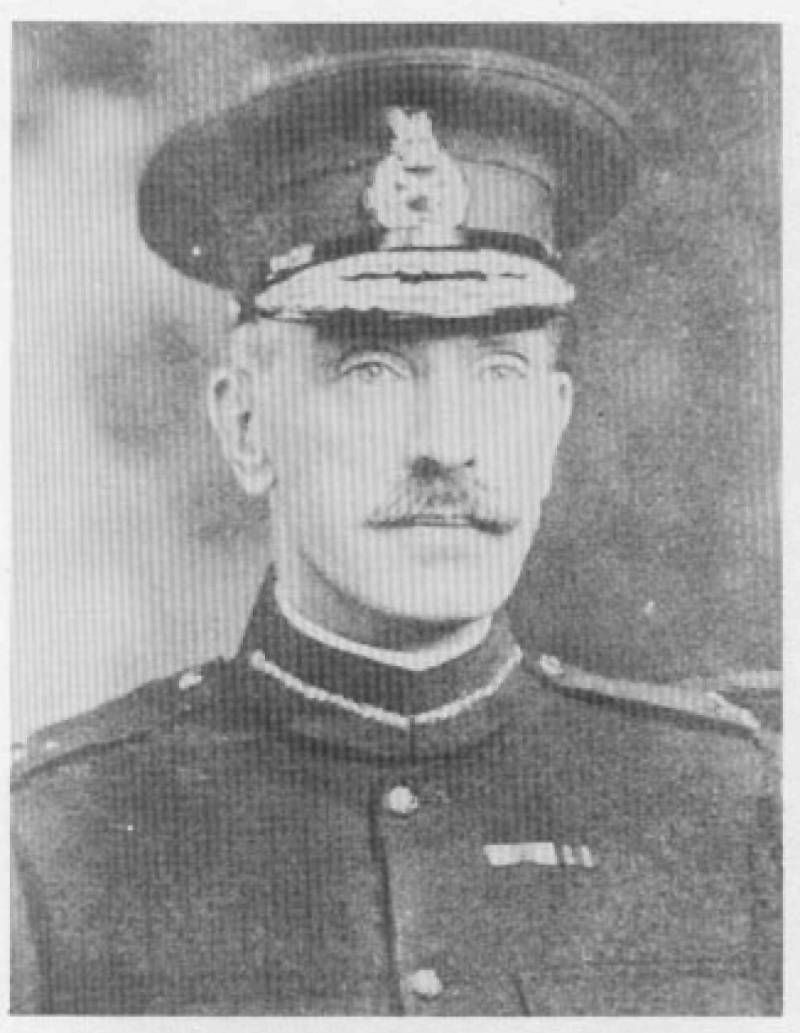 13) The operation was of great military and political importance.
The evacuation of the Anglo-French troops from Gallipoli was received in Constantinople and Berlin with great triumph, and festive events were held in the capital of Turkey. Lyman von Sanders received the honorary nickname "Hindenburg of the East", became a full general (cavalry general). Sultan Mehmed V called his name “Gazi” (that is, “Invincible”), and his war minister, Enver Pasha, was given the nickname “Napoleon”. Russia remained isolated from the Allies, which had very adverse consequences for it. 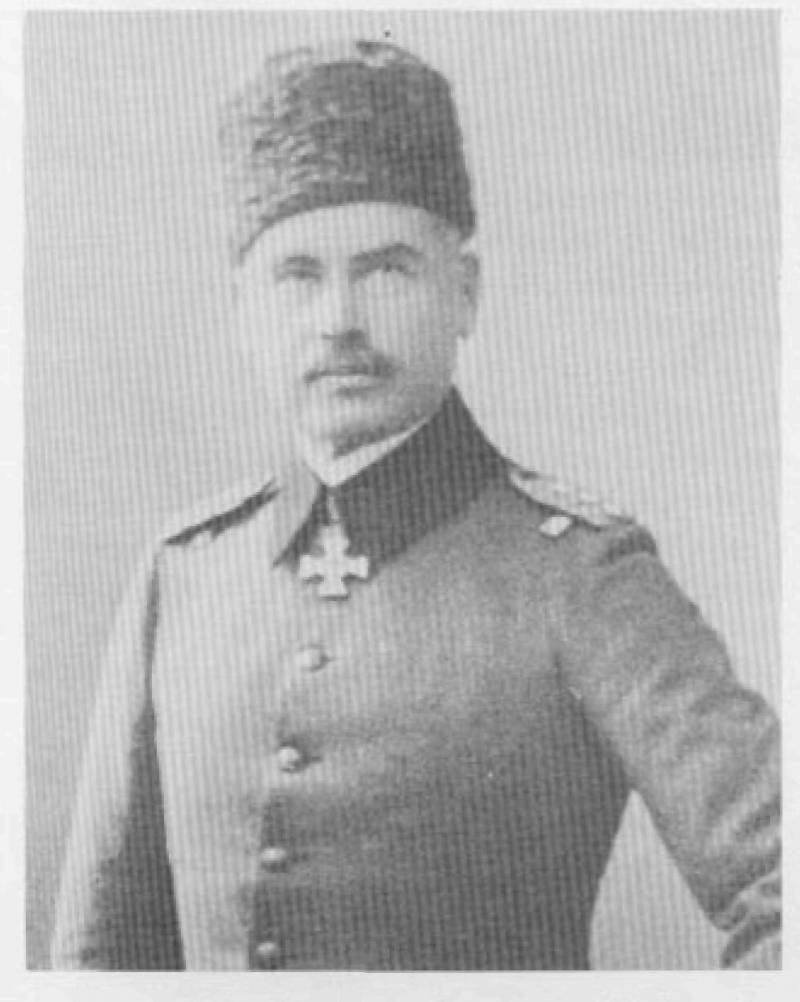