July 6 2017
43
President of Ukraine Petro Poroshenko has signed the law on the priority of the country's membership in NATO, reports TASS. 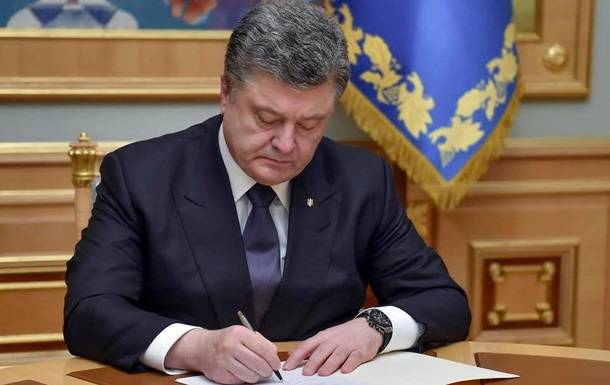 Signed a law that defines membership in the Alliance as one of the priorities of the state’s national interests;
Poroshenko wrote in Facebook.

Ahead is active work on reforming the security and defense sectors, which will make it possible to achieve membership criteria,
added on.

Recall, the bill on the priority of Ukraine’s entry into NATO was approved by the deputies of the Verkhovna Rada 8 June. However, among ordinary citizens, the law caused considerable discontent. The fact is that about 42% of Ukrainians are against the country's entry into NATO. But who is interested in their opinion in Kiev? ..

Ukraine refused non-aligned status in December 2014 of the year. Then Poroshenko said that by 2020, Ukraine should ensure full compatibility of the armed forces with the forces of NATO countries. Even then, he called the entry into the alliance "the strategic goal" of the country. The President also promised the Ukrainians to hold a referendum on joining the North Atlantic bloc.

However, NATO Secretary General Jens Stoltenberg said that, despite the decision of the Verkhovna Rada to abandon non-aligned status, Ukraine is still very soon to become a member of the alliance. Experts also believe that Kiev will not be able to claim membership in NATO in the next 20 years.