Tillerson: Russia must ensure that Asad does not use chemical weapons

July 6 2017
29
US Secretary of State Rex Tillerson commented on the possibility of Russian-American cooperation in Syria. According to the head of the US Department of State, despite the differences on the Syrian issue, Russia and the United States have great potential for interaction. Tillerson noted that Russia and the United States have all the chances to conduct coordinated actions in the fight against terrorism in Syria, “which will serve the common security interests.” 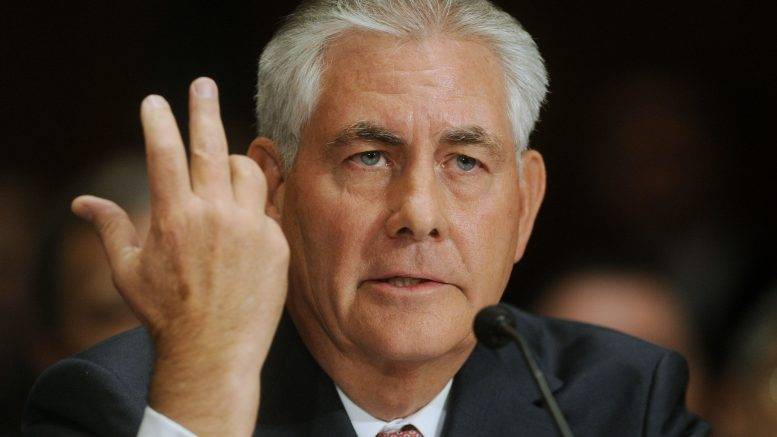 At the same time, Tillerson noted that Russia, as one of the parties guaranteeing security in de-escalation zones on the territory of the SAR, is responsible for ensuring that "various groups do not seize those areas that were freed from ISIL (* terrorist organization banned in Russia) and other terrorist formations. "

Tillerson did not miss a moment to raise the issue of “chemical weapons Assad. " According to the US Secretary of State, Russia must guarantee that "Assad’s regime refuses to use chemical weapons in Syria." But Tillerson didn’t say anything about who would guarantee the non-use of chemical weapons by militants who carry out frank provocations, posting a series of staged shots on the Network to accuse Damascus of “another sarin attack.”