July 5 2017
63
Intelligence of the DPR recorded the arrival in Kiev of the front-line areas of mercenaries-snipers and the location of heavy artillery in the Krasnogorovka under the control of the Armed Forces of Ukraine. This was announced today by the deputy commander of the operational command of the Republic, Eduard Basurin, reports Donetsk news agency.

Our intelligence continues to record the concentration of weapons prohibited by the Minsk agreements along the line of contact.
- said Basurin.

According to him, in the city of Krasnogorovka, controlled by the Ukrainian security forces, west of Donetsk, the presence of three Gvozdika self-propelled artillery guns was noted. A group of 20 female snipers from Poland arrived in Marinka a kilometer from the front. 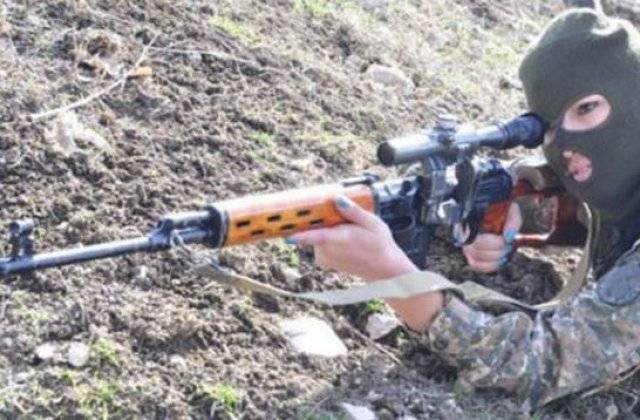 The deputy commander added that for the past day, the APU had released 25 mines and shells on the DPR.

He added that over the past 24 hours, the Armed Forces of Ukraine fired 25 mines and shells on the DPR.

Earlier in the Lugansk and Donetsk people's republics, it was repeatedly stated that Kiev attracts foreign mercenaries to participate in hostilities. For example, in June of this year, the People’s Militia of the LPR noted that several hundred mercenaries from the Baltic States, Poland and Georgia with small arms, infantry fighting vehicles and armored personnel carriers arrived in localities near the front line. The leader of the DPR, Alexander Zakharchenko, added Canada and the United States to this list of countries.

Kiev regularly comes out with allegations that the units of the Russian army are fighting on the side of Donbas militia (in Moscow, these accusations are rejected). In addition, information appeared on the participation of citizens of Serbia, France and Hungary in the hostilities against the Ukrainian security forces.