Great Britain and France are armed with "sea poison"

July 5 2017
29
The naval forces of Great Britain and France will arm themselves with anti-ship missiles of a new generation. The press service of the MBDA company reported that the first tests of the Sea Venom rocket took place at the test site located on the French island of Levan in the Mediterranean Sea, reports "Warspot".

The rocket test was a complete success, and this is a great time for the company and all those involved in the project. When the rocket goes into service, it will provide a significant increase in opportunities for the armed forces of France and the UK
- said Frank Bastart, program manager for Sea Venom at MBDA. 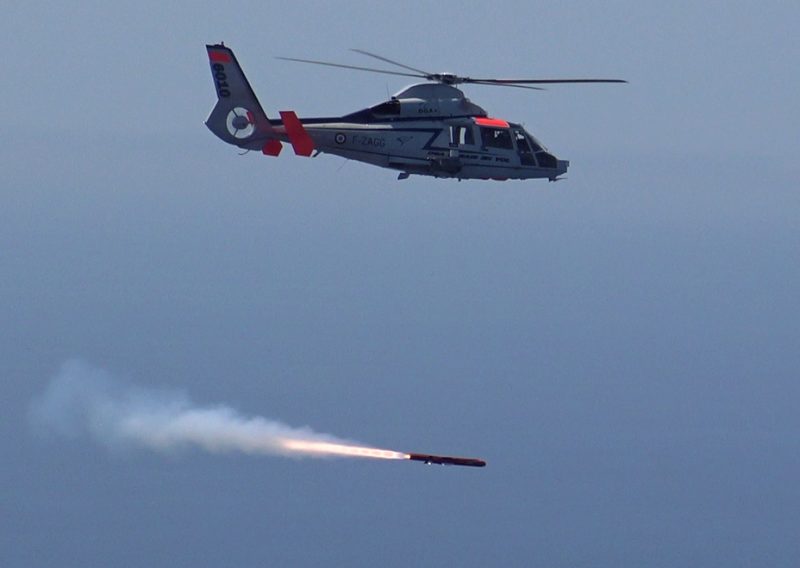 The first launch of the Sea Venom rocket

Sea Venom (Eng. - "sea poison") is a subsonic anti-ship rocket "hundred kilogram class", designed for launching from helicopters. Due to the presence of a warhead with an infrared guidance system, it can be used to destroy various types of surface and ground targets. Developers indicate that despite the relatively small size, the Sea Venom rocket can effectively hit ships on the coastal zone.

The development of the rocket was ordered in 2014 year and was funded by the military departments of Great Britain and France in the ratio 50 / 50. The Sea Venom naval forces will have to replace two types of anti-ship missiles at once - the British Sea Skua and the French AS15TT.

The Sea Venom missile is 2,5 m long, 200 mm in diameter, 110 kg in mass and “high subsonic speed” of flight. The stated maximum target destruction range is 20 km. In the UK, they plan to use the new missile on helicopters of the type AW159 Wildcat, in France - on promising helicopters that will be purchased as part of the Helicoptère Interarmées Léger (HIL) program.

Ctrl Enter
Noticed a mistake Highlight text and press. Ctrl + Enter
We are
The action “Military service under the contract is your choice!” In Rostov-on-Don: future contract servicemen, exhibitions and “Russian Knights”Sea Shadow - ship invisible for scrap
29 comments
Information
Dear reader, to leave comments on the publication, you must to register.