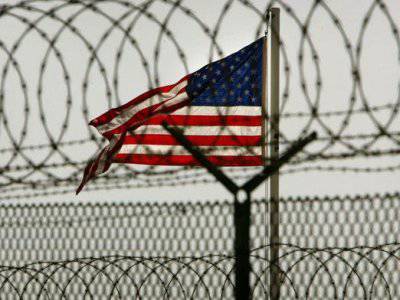 How is President Obama different from President Bush Jr.? Attitudes towards torture.


The fact is that George Bush, with his penchant for political outrage, made torture a worthy occupation, approved even by high-ranking lawyers, but Obama separates torture from democracy, praising the second and condemning the former.

By the way, Bush became famous not only by torture, but also by a reverent attitude to the death penalty. At one time - in those years when Bush was President of the United States - I even collected notes about this outstanding man, whom the Americans entrusted to manage their country and who treat criminals, as well as suspects, as sternly as they can apply to them. probably only the leader of the country - the world hegemon.

Bush Jr. showed his somewhat unusual attitude towards violators of the law while still being governor.

A small clipping from the old issue of the Vlast magazine: “But recently, under pressure from Governor George W. Bush (now the President of the United States), a law was passed in Texas according to which the offender must verbally or in writing warn the victim of an impending crime no less than 24 hours before it is committed. In addition, the warning should describe the upcoming crime. Violation of this rule is considered by the court as an aggravating circumstance. ” (Belash V. The most foolish laws of the world // Kommersant Power. February 6 2001. No. 5. C. 39).

But an excerpt from the book by R. Dawkins: “... in the eyes of the absolutist religion, abortion is evil, no different from murder. I do not know how, then, to regard the observations I received from my own experience: many of the most ardent opponents of killing embryos show increased enthusiasm for committing this action in relation to adults. ... George W. Bush is a typical example of modern religious rulers. He and his ilk fiercely protect human life as long as it is in an embryonic (or incurably sick) state, not stopping at the ban of medical research that can save the lives of a huge number of people. ... more than a third of executions in 50 US states occurred in Texas. And, as you know, Bush led a large number of executions in Texas - about one every 9 days - than any other governor in stories of the state. Maybe he was just doing his duty as governor and state law? But then what about the famous CNN journalist Tucker Carlson's reportage? Being himself a supporter of the death penalty, Carlson was nevertheless amazed at how “ridiculous” Bush teased the executed woman who implored the governor to postpone the execution. “Please,” the future president sneered mockingly, squeezing his lips in fake despair with mockery, “do not kill me.” (Dawkins R. God as an illusion. M .: Kolibri, 2008. S. 409-410).

It is not surprising that later, as president, George W. Bush declared that “God commanded him to seize Iraq ...” (Dawkins R., same edition, p. 129).

On this remarkable man in 2004, a special book was written: “Bush on the Psychiatrist's Couch: Inside the Presidential Mind”. Its author is American Justin Frank, a psychoanalyst, who found in George Bush dyslexia, paranoia, megalomania, a number of violations of thought processes, and in addition a tendency toward sadism.

It was George Bush, who was still in 1996, who said: “We must speak about the illegality of actions as if we don’t have it” (one of Bush’s comments from the Umberto Eco collection). Sure, Bush has long followed this rule.

There is just as much evidence that torture indicated to the US intelligence agencies the way to bin Laden, as well as the fact that the Lord ordered Bush to send American soldiers to Iraq.

The torture with water (drowning), which Bush loved so much, connects the recent US President with Iraq, with a fierce dislike for which he has kindled since the sad date - September 11 of 2001.

Well-known lawyer John Yu, a US Department of Justice official who worked under Bush, is still proving to the world (for example, through the Wall Street Journal) that the use of water torture and other torture is appropriate. This same John Yu, currently teaching at the University of Berkeley Law School, is one of the signatories of two memorandums of torture dated 1 August 2002. The second signature is written by Jay Beibi, now a judge of the US Court of Appeals. “Who are the judges? ..”

Condoleezza Rice is another torture buff. It was she who, after an exciting conversation with Tseerushny lawyers and NSA advisers, ordered the CIA to interrogate Abu Zubaydah, who was considered to be the main al-Qaida recruiter, so to speak, with a special predilection. The CIA made videotapes of torture with imitation of drowning, but subsequently destroyed it.

Donald Ramsfield, the former head of the Pentagon, should also be attributed to supporters of "enhanced interrogation techniques." And the famous H. Rodriguez, the famous zeerush fighter against Al-Qaida in 2002-2005, recently condemned President Obama for refusing the latter to use “enhanced methods”.

The fate of Abd al-Rahim al-Nashiri, a native of Saudi Arabia, is known. This man, accused of undermining the American destroyer Cole in 2000, served nine years in secret CIA prisons. He was caught in 2002, and since then he spent 4 of the year in CIA prisons, and then was transferred to Cuba, in Guantanamo. Abd al-Rahim al-Nashiri, like many others, was also tortured by drowning. He also tried to drill his head with an electric drill. It is believed that there were dramatization of the prison sentence. The trial over al-Nashiri will begin on November 9 of 2012 of the year. It is not yet clear whether the judge’s attention will be paid to the use of illegal methods of inquiry, not approved by President Obama, but favored by Bush.

The scandals that arose several years ago around the Abu Ghraib prison in Baghdad are also widely known. In May, 2004, photos appeared in many newspapers of the world, where scenes of mockery of Iraqis imprisoned in their cells were captured. Eight of the US military on the results of the investigation was accused of "abuse of official authority." Americans, however, this not only did not scare, but did not stop. After all, at the helm of America - a man who said: "We must speak about the illegality of actions as if we do not have it." For another three months at Abu Ghraib, American guards continued to mock the prisoners by the Iraqis. The methods of bullying, however, were not as sophisticated as in the CIA. The Iraqis were just tritely beaten, raped, pushed into cells, passed a current through their bodies, hung up by handcuffs, and doused with icy water. In 2006, this prison passed to the Iraqi authorities.

And here is one of the personal tragic stories. In 2002, therefore, also under Bush, in New York, Maher Arar, a Syrian by birth, a Canadian citizen, an engineer by profession, was arrested. Erroneously suspected of being involved in Al-Qaeda Arar, the Americans interrogated as many 13 days, but fortunately did not torture. But then he was transported not to Canada, but to ... Syria. The Syrians held Arara 10 for months in the cell area of ​​90x180, see and beat them with their fists and electric shocks. The interrogation of a Canadian in a Syrian prison lasted for eighteen hours. Only then, when it became clear that the accusation was false, Arar was sent to Canada. And the Canadian government, regretting its involvement in the terrible mistake, paid 10,5 million dollars to the victim, and Prime Minister Harper apologized to the citizen of Canada. The Americans, of course, did not admit their mistakes and did not apologize to anyone. I remember the famous film "Transition" 1979 of the year, in many countries at the time forbidden - but not in the Soviet box office. (Be sure to look, if you have not looked, you will not regret). In one scene, an SS officer says to an anti-fascist prisoner: “I admit that the Germans may be wrong. But not the SS officers. ” Here are American intelligence agents and counterintelligence agents of all stripes and shades — they too "cannot be wrong."

Now, in March, 2012, Barack Obama, Hillary Clinton, and other "top people" of America are daily talking about horror, torture, and bloodshed in Syria. It seems that the successors of the Bush Jr. case cannot be called. Especially B. Obama, who banned "enhanced methods of inquiry" in 2009 year. Apparently, it is the custom of the American presidents: the next president does everything the opposite of the previous one.

But this year in America is an election. And if the opponent of torture, Obama for a second term in the White House does not pass, then his successor will consecrate the work of the shoulder masters again.

Ctrl Enter
Noticed a mistake Highlight text and press. Ctrl + Enter
We are
Kyrgyzstan and Tajikistan: Notes from the Fergana hotbed of tensionRussia and the United States: from Bush to Obama
67 comments
Information
Dear reader, to leave comments on the publication, you must to register.