July 4 2017
21
The Syrian army (CAA) and allied forces are engaged in fierce battles with terrorists in Damascus, the Kurdish women's battalion is sent to Raqa to fight the terrorist group IG (banned in the Russian Federation), reports FAN with reference to Syrian sources. 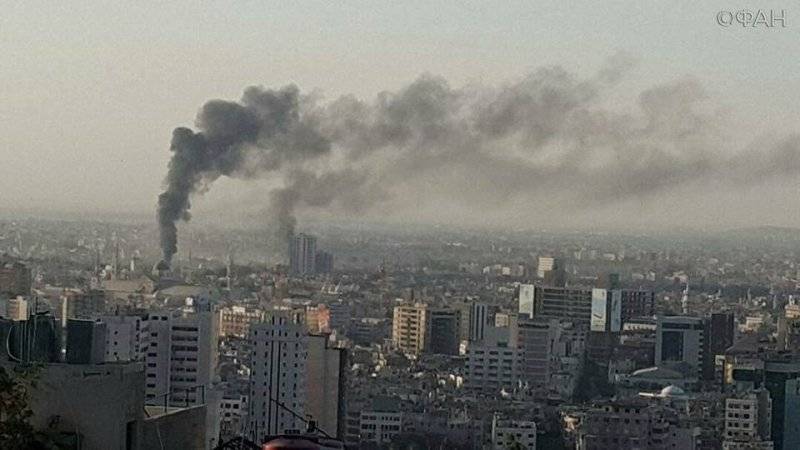 Pro-government forces are engaged in fierce fighting with militants by terrorist groups in the Amas Tarma and Dzhobar areas of Damascus. Government forces have not yet managed to move beyond their positions. Information on these clashes is very small, in the official media, it is almost absent.

The agency recalls that the fighting in Ain Tarme flared up last week. The Syrian army, with the support of the Shiite militia, is trying to clear the area from militants belonging to the Hayat Tahrir ash-Sham coalition.

In the north of the province of Aleppo, clashes continue between the Kurds, members of the Syrian Democratic Forces coalition, and the pro-Turkish militants of the Free Syrian Army. Near the villages of Kirata and Tukhar Sagir, located to the northeast of Manbij, military activity resumed, shots were heard. According to the Syrian Observatory for Human Rights, losses are noted on both sides.

To the east of Palmyra, fierce fighting continues between divisions of the Allied CAA and IG fighters. Step by step, the 5 Assault Corps and the Palestinian brigade “Liva Al-Quds” are moving in the direction of the key city of As-Sukhna. Next - a direct path to Deir ez-Zor.

The US Air Force coalition led an air strike against ISIS terrorists in the village of Suvaya (Deir ez-Zor province). As a result of the blows, two terrorists' cars were destroyed.

The Syrian Democratic Forces Coalition (SDF) continues the assault on the city of Rakka. Sources have reported large-scale battles in the al-Sinaa quarter. The fighting broke out a hundred meters from the entrance to the Old Town of Rakka.

The Kurdish women's battalion of Sengal Women Units (YJS) is sent from Iraq to the Syrian Raqqu to rescue their fellow Yazidis from captivity. This was reported resource En.hawarnews.com.