Will the last creation of the genius Bartini save?

This year, we celebrated the good news on our 120 pages from the birth of one of the geniuses of the last century, Robert Bartini, a gifted person and, not least, dedicated his whole life to ensuring that “red planes are stronger than black ones”.

What remained after his death, except for the “Bartini effect” and works on physics and philosophy?

It is very unpleasant to talk about it, but the last plane remains.

It is a pity that Robert Ludvigovich was not awarded any monuments or anything else for his more than 60 projects of aircraft (not all the language turns to be called airplanes) and ideas that he generously shared with his colleagues.

45 years ago, his last creation rose into the air for the first time. Amphibious aircraft BBA-14. 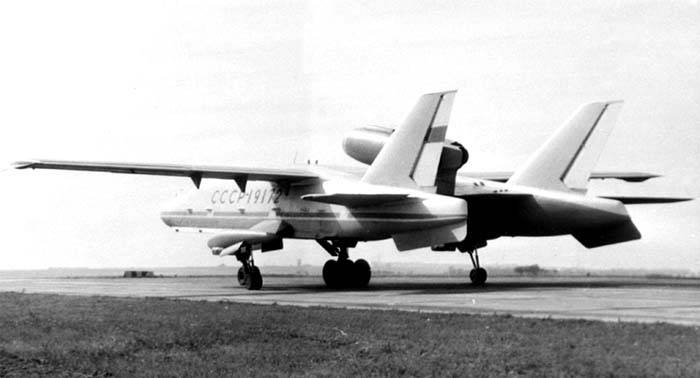 The BBA-14 amphibian was designed to combat enemy missile and multipurpose submarines in the near zone. The use of the aircraft as a search and rescue aircraft was also considered.

The idea of ​​the aircraft appeared as a result of Bartini’s long-term study “Theory of Intercontinental Transport of the Earth”. The first approach to the aircraft was the MBA-62 amphibian project. Although the Bartini projects were supported by the country's leadership, it was not possible to bring BBA-14 to serial construction. After the death of the designer, the work on the aircraft was curtailed and then stopped.

Two amphibians were launched into pilot production, which received the ciphers 1М and 2М. By the summer of 1972, the BBA-14-1М was manufactured. The aircraft was manufactured in cooperation with the Taganrog enterprises of the TANTK. G. M. Beriev and TAAP. 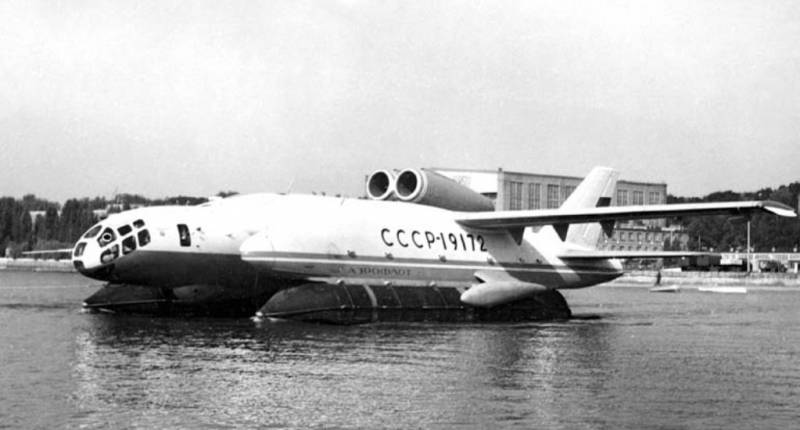 The first flight of VVA-14 was held on 4 in September of 1972. Pilot Yu. M. Kupriyanov and navigator L. F. Kuznetsov tested the plane. The test program was completed in 1975, the aircraft made 107 flights with a total flight of 103 hours.

The museum copy of the BBA-14 aircraft (14М1П) was transported to Monino from Taganrog to 1987. It was transported by water to Lytkarino near Moscow, where it was unloaded on the coast. While awaiting the arrival of the helicopter, it remained unattended and was partially destroyed and dismantled by unknown persons. The damaged aircraft was delivered by helicopter Mi-26 to the museum, where it is now unassembled.

Actually, here is the final drama. 30 is the last masterpiece of Bartini lying on the outskirts of the Avino Museum in Monino and represents a very sad spectacle.

We can not say that everyone around does not care about this exhibit, no.

The management of the museum, according to the data I received, is very, very highly for the aircraft to be restored. Moreover, the administration is making efforts to raise funds for its repair and restoration.

A delegation from Italy even came to Monino, say, let's help restore the creation our Bartini. After the estimated cost was calculated, the Italians dissolved ...

It turns out that in addition to the administration of the museum, living on a rather modest allocation from the Ministry of Defense and a handful of volunteer fanatics, no one needs the memory of a person anymore?

No, there is still Taganrog, plants and enterprises of the Beriev TANTK, where BBA-14 was assembled. They help by searching in the warehouses for something that can help in restoring the aircraft at least to the status of a normal museum piece.

Damn it, well, we are correct, we are kind and honest, we blame the vandals from other countries who destroy and defile the monuments. And we do this not because it is so beautiful, but because we really think so. Well, I hope this is the case.

And so, in the photo, what remains of the last creation of man, who, not being Russian by birth, always wrote in all the “Russian” questionnaires. 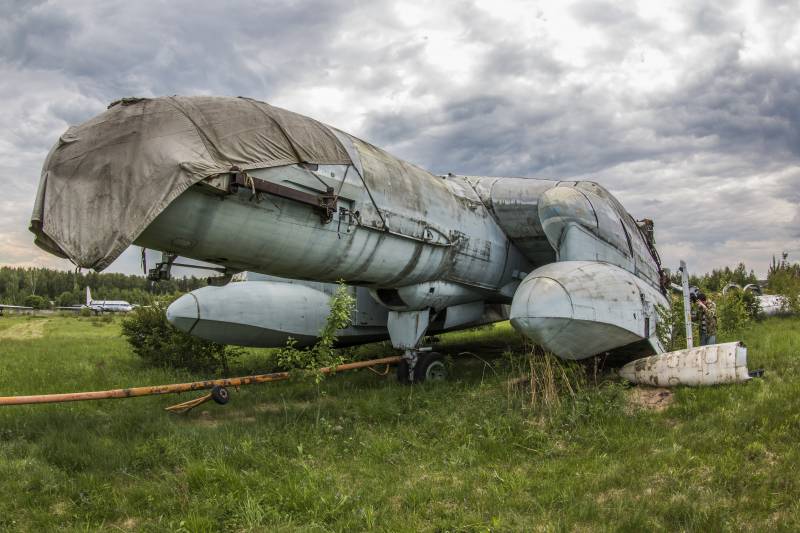 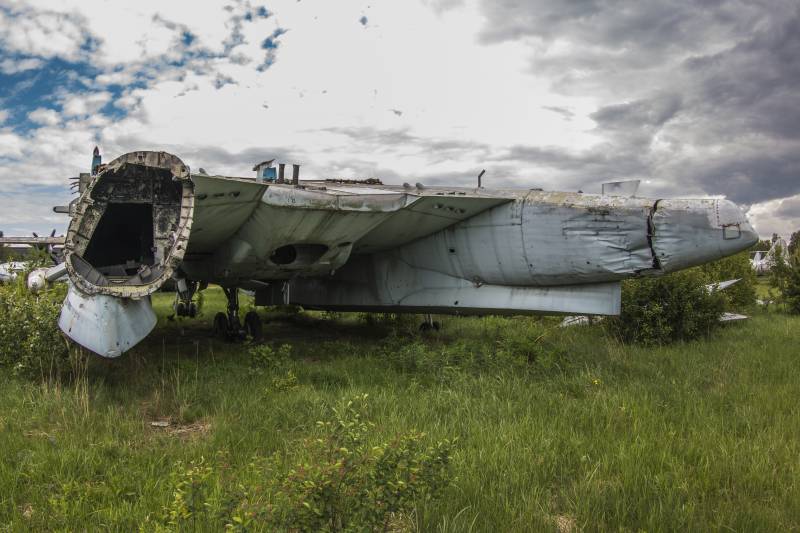 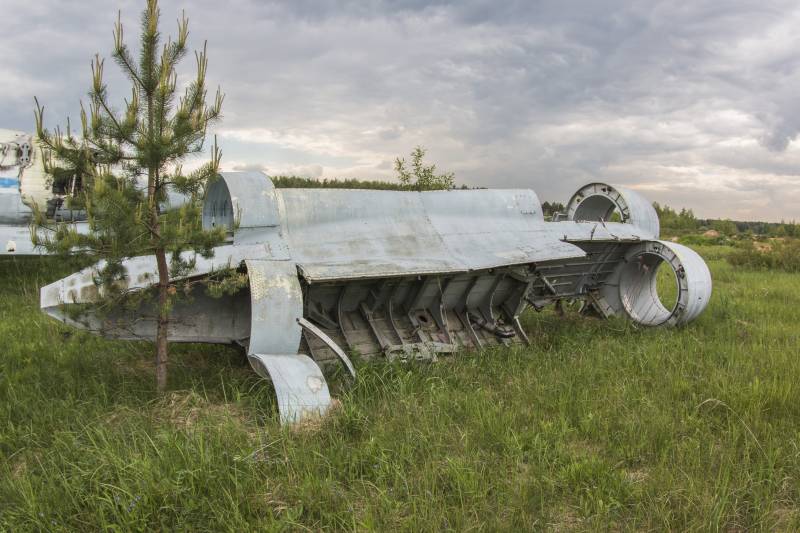 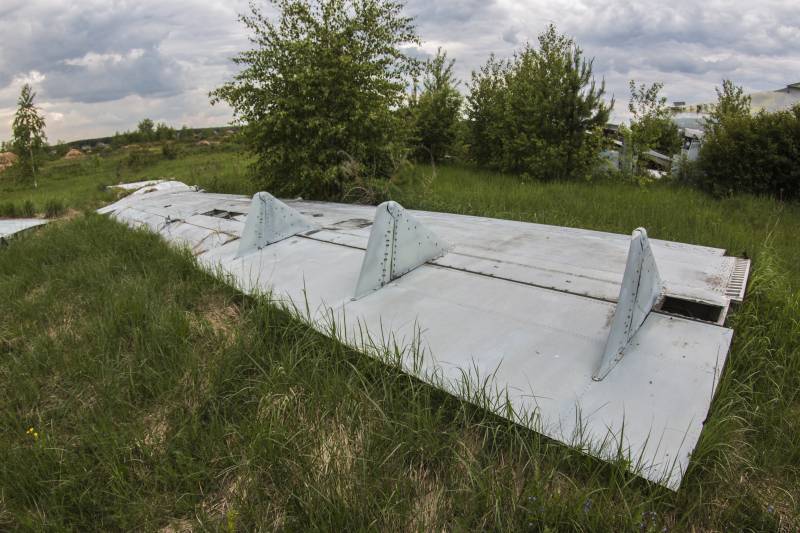 Inside, too, complete chaos: 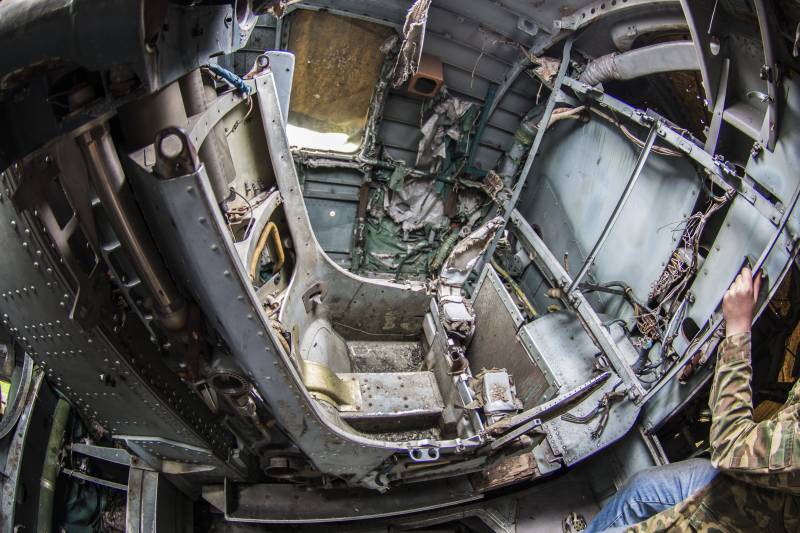 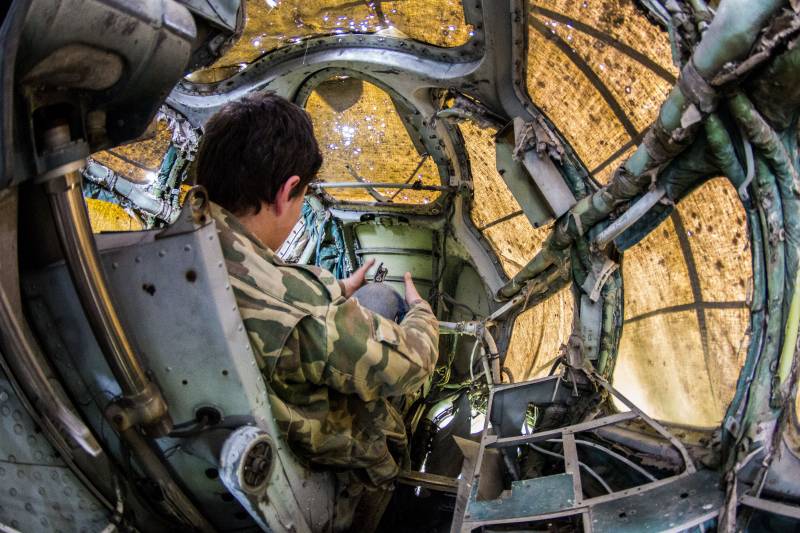 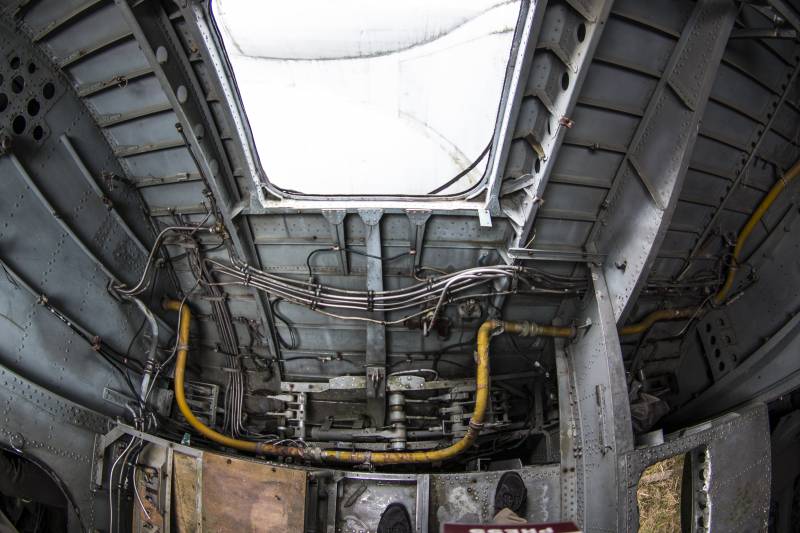 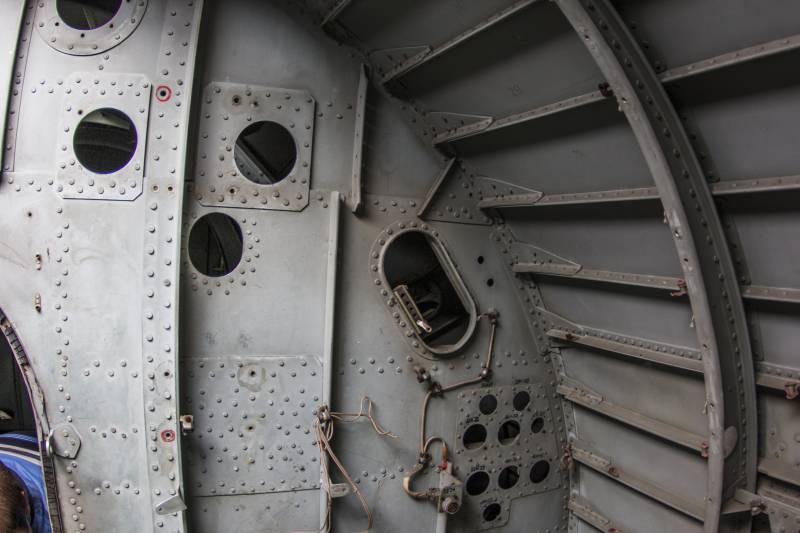 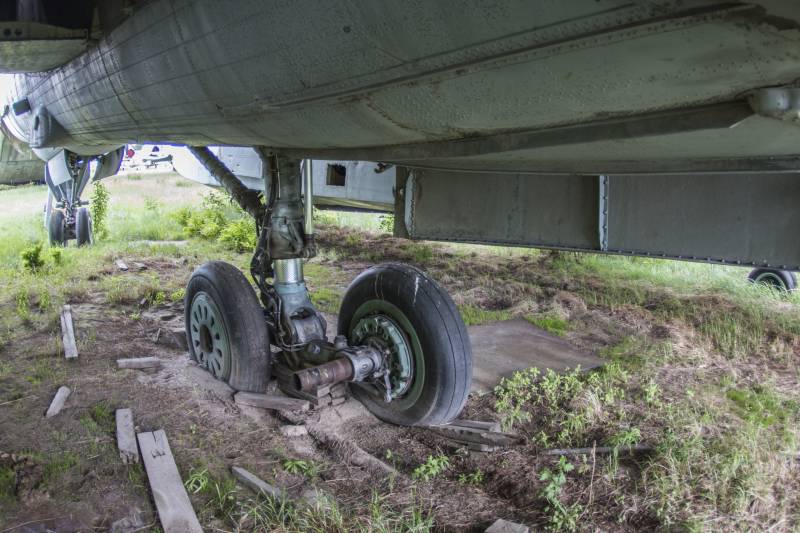 By the way, these are not traces of vandalism. These are traces of work. For 30 years, the brakes have soured, and volunteers mechanics remove one wheel, disassemble, clean, lubricate. In general, they make every effort so that the plane can be dragged to more civilized places where it will be possible to work on it.

And all that’s necessary is to express gratitude from those for whom he worked. Do not cast a monument in bronze, not posthumously deserve some kind of award, order - this is ridiculous.

Do not give time to kill the last plane of the great designer - this is the problem.

We are building a mausoleum to a man who did his best for the collapse of the country and called it “the center of his name”. There is money for it. Of course, there is no money to save a single plane.

Why is that? After all, the same enlightened Europeans from Italy, the good they are now aware of, with pleasure poke us into our barbarism. Here, they say, rotted the last creation. Of course, it may not be poked, but nonetheless.

This is barbarism. Throwing out millions to bargaining at the Yeltsin Center, where all those who wish us “Western democracy” will be broadcasting is barbarism. And not to find money to help the museum restore the exhibit is also barbaric.

I do not know, unfortunately, whose doors need to be broken in order to understand there, the preservation of our stories, our memory of people who have laid down their lives for the benefit of our Motherland is immeasurably more important than the stories of Ekaterinburg guides on how Yeltsin loved Russia and how much he did for her.

About Bartini do not tell. It was a man of Business. His Yer-2 bombers bombed Berlin. The Tu-2, in the development of which he also took part (was sitting with Tupolev in a sharashka), was hammering the front edge of the enemy. His projects and development used by many aircraft designers.

Will the last Bartini plane rot in the far corner of the museum in Monino?