July 2 2017
1
Turboprop strategic bomber-bomber Tu-95 remains one of the main symbols of the Cold War. It was this aircraft in 1961 that dropped the 50 megaton Tsar Bomba on Novaya Zemlya Island. Thus, the USSR demonstrated the United States not only the most powerful stories humanity is an explosive device, but also the great successes of its strategic aviation. After all, the Tu-95 managed to both drop the bomb and fly away from the rising "nuclear mushroom". 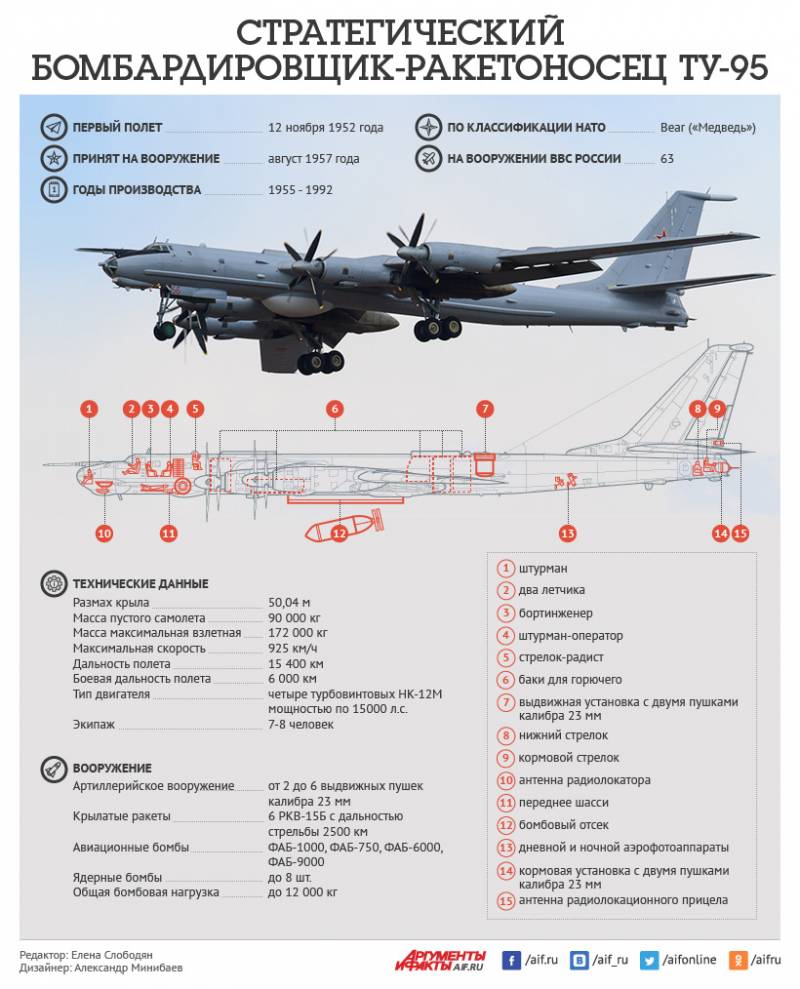