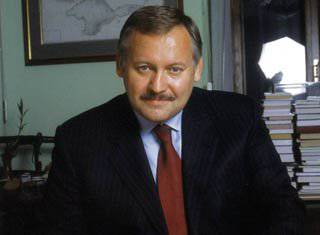 FROM THE EDITOR. Director of the Institute of Diaspora and Integration (Institute of CIS Countries) Konstantin Zatulin on the eve of the presidential election asked us to place on the site "However" his appeal to compatriots, dedicated to the upcoming presidential elections in the Russian Federation. We are happy to fulfill this request. Even if I had not asked, they would have done it anyway.

March 4 is approaching - the day of presidential elections in Russia. Millions of voters in our country need to decide who to vote for, and, first of all, decide - this is also the question - whether to take part in elections at all. Those of you who are citizens of the Russian Federation face the same choice. Let me say a few words about your understanding of the upcoming.

The future cannot be understood without starting from the past. Twenty years later, it is clear that the collapse of the Soviet Union was in fact a grand tragedy Historical Greater Russia. We did not save the inheritance of our ancestors, did not pass it in its entirety to the next generation. The inevitable consequence was the shredding of our capabilities and ourselves, the sublimation of national self-esteem and a parade of sovereignty against the backdrop of the degradation of the common power and role in the world. The result was an unprecedented separation of the Russian and other peoples of the former USSR, something that many of you are faced with in everyday life.

All these years, the Russian Federation - the largest fragment of the state of the Russian people, continuing the tradition of "Russia - for all who live in it and is faithful to it," - fought for survival. Stumbling, making mistakes, incurring losses and making sacrifices, as was the custom in Russia from time immemorial, Russia began to rise again. By the will of fate, this turned out to be connected with Vladimir Putin, who came to power at the end of the most difficult decade of Russian history since the Time of Troubles XVII and the Civil War of the XX centuries. Under Putin, not only did revenue from the sale of our gas and oil abroad increase. Under him, self-esteem began to return to us. The Russian authorities made real efforts to “collect land” in the modern form of economic union.

This, in my opinion, is the key to understanding the pre-election situation in Russia, the basis for our choice. The active part of the population, urban strata, people with wealth, who have returned or become self-respecting for the first time, want more freedom, more opportunities for themselves, their self-expression. But at the same time, some understand that Russia, inside and out, continues to be in the risk zone, alone defending its interests in the world, while others cannot or do not want to understand it. Showing a “revolutionary” impatience, they swing the branch on which they sit - in plain sight of the great mass of citizens, undeservedly affected by privatization and the so-called “90 reforms”, which gave rise to the most severe social inequality, which will take years to overcome. The election of 2012 of the year, with all due respect to the list of official presidential candidates, becomes a referendum on trusting Vladimir Putin personally: demonstrators and oppositionists, who are so pleased to be shown on your television channels, are tagged only in him, in Putin. And get to Russia.

Is this the first time? These days, we remember the February Revolution 1917 of the year, which occurred in immeasurably worse conditions, but also in an immeasurably more established state. What did the conspirators want, who sought the abdication of Nicholas II, to which exalted crowds on the streets of Petrograd rejoiced at the height of the war? They wanted and enjoyed freedom. Freedom for yourself, by all means and, as it turned out, at any cost. And they set in motion a mass of people for whom the main dream was not individual freedom and the political aspirations of the elite, but equality, land and factory redistribution. How it all ended, what price we all paid for it all, right and wrong, we all know.

The power in Russia always gives up slack when it allows itself to be confused, to give rise to a ghost of dual power, that under Nicholas II, that under Gorbachev, that under the “tandem” Putin-Medvedev. So now, Dmitry Medvedev could not resist in search of popularity in the country and abroad from joining the covert competition with Vladimir Putin. “You don’t need a knife for a bouncer: you sing a little for him - and do what you want with him!” You, and I, have enough reasons for discontent with the current authorities in Russia. Suffice it to say that my former wise colleagues in the State Duma have just once again rolled the bill, which allowed compatriots to apply for citizenship of their homeland without delays and delays. Many of you, I am sure, would never leave or return to Russia if you were satisfied with all of its current conditions and conditions.

But now it’s not a claim to the current Russian government, it’s about the fate of Russia as such. What is happening in the world before our eyes leaves no doubt not only that “the house divided in itself cannot stand,” but also that there are interested in this “persons and performers”. As was the case with Russia in 17 and 91, as it was with Yugoslavia, as it is with Ukraine. I do not just urge those of you who have the right to this, to come and vote on March 4 in the presidential elections of the Russian Federation, as his conscience dictates. I appeal to all of you, without exception, our compatriots abroad, citizens and non-citizens of the Russian Federation: speak in your countries of residence in support of the very act of the will of our people and its results! For it is absolutely accurate, I know in advance what kind of storm in the media, what attempt to shake the situation and bury Russia under the rubble we will have to endure after Vladimir Putin is again elected President of the Russian Federation.

Author:
Konstantin Zatulin, Director of the Institute of Diaspora and Integration (Institute of CIS Countries), Deputy I, IV and V of the State Duma of Russia
Originator:
http://www.odnako.org