Project "ZZ". Prepare fire extinguishers: there is a fire of the third world war

28 2017 June
63
In the West, talk about the proposed meeting of Trump and Putin. However, the contradictions between Moscow and the West have accumulated so much that the meeting will hardly lead to a turning point in relations. Some experts advise even stocking up fire extinguishers: they say, the fire of a new world war is not far off.


Moscow doubts that the meeting of the presidents of Russia and the United States, even if it takes place, will somehow help to ease the situation between the Russian Federation and NATO. The question of accumulated contradictions cannot be solved in one sitting. “There are a lot of contradictions and mutual misunderstanding between Russia and the alliance, therefore, to clean up these rubble that has been created over the years is a long way,” said RIA News" Andrei Kelin, Director of the Department of European Cooperation of the Russian Foreign Ministry.

In the West, they are talking about the same, but in more gloomy tones. 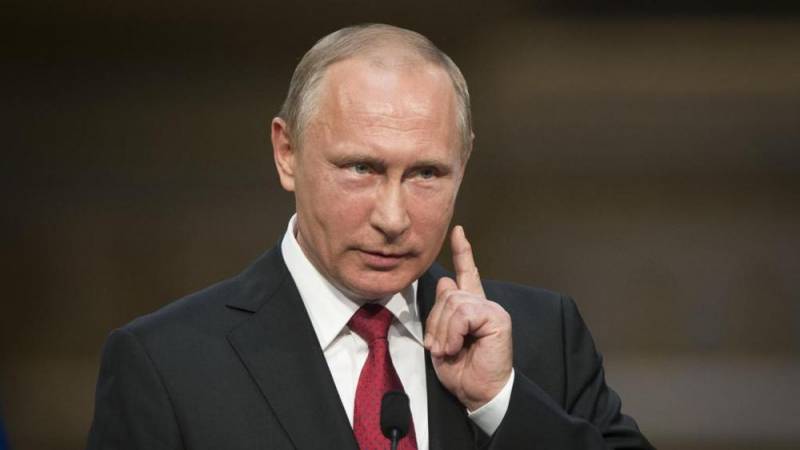 7 or 8 July at the G20 Summit in Hamburg, Donald Trump and Vladimir Putin may meet.

Former representative of Italy to the UN Stefano Stefanini notes in "La Stampa"that today Trump and Putin are the leaders of the two largest nuclear powers. Both must feel immense responsibility in controlling military forces and nuclear arsenals. Such a high international responsibility directly concerns the security of Europe, and the G20 summit is a reason to remind both of them.

From here the author proceeds to the facts of the last time.

The sky over the Baltic Sea, the Russian Su-27 flies a meter and a half from the wing of the reconnaissance aircraft RC-135U, owned by the United States. This is a situation at the very edge of the disaster. However, reminds Stephanini, both Russian and American pilots are professionals. What they get up in the air is provocation. And yet the pilots "stop at the very edge of the catastrophe," and "nothing happens."

However, one can only guess what would happen if the wings of the aircraft touched. A catastrophe can occur not only in the European sky - the United States and the Russian Federation are operating in combat operations in the sky of Syria.

According to the diplomat, now the parties do not have the military discipline that was characteristic during the Cold War. Now everything is much worse, and slipping along the slope into the abyss of contradictions and inconsistencies of interests (the Ukrainian crisis, the situation in the Middle East) may well lead Russia and the United States to a military confrontation. This will be a random war, the expert believes.

He recommends that you prepare fire extinguishers as soon as possible. This must be done before the fire of the Third World War begins. And not without reason, intellectuals sent an open letter to the two presidents. These specialists have considerable experience in diplomacy, and more precisely, in Russian-American relations and nuclear disarmament. Among the signatories are Des Brown, the former British Secretary of Defense, Wolfgang Ischinger, the former German ambassador to the United States, I. Ivanov, the former head of the Russian Foreign Ministry, Sam Nunn, the former US senator and a supporter of nuclear disarmament.

- joint statement: there will be no winner in a nuclear war, and it cannot be maintained;

- the creation of a new focal point for NATO and Russia. His task is to manage a crisis situation;

- a common initiative aimed at countering terrorists who may try to seize the means of mass destruction;

- maintaining a dialogue on the risks of information attacks on nuclear weapons control systems.

According to Stefanini, this open letter is not a political document. This is a list of proposals based on the most ordinary common sense.

However, those doctrines that the presidents rely on may prevent common sense. Therefore, both Trump and Putin need both political courage and a vision of prospects. On behalf of Italy, as well as on behalf of Europe, the author expresses hope for the G20 summit and for the meeting of two leaders, which will be a turning point in the international stage.

In the US, Washington’s responsibility for the future is said much less and less often. The tone of the major press, the “mainstream”, is unequivocal: the Russians are the aggressors, and they must be resisted. Where such a confrontation will lead is usually not specified. 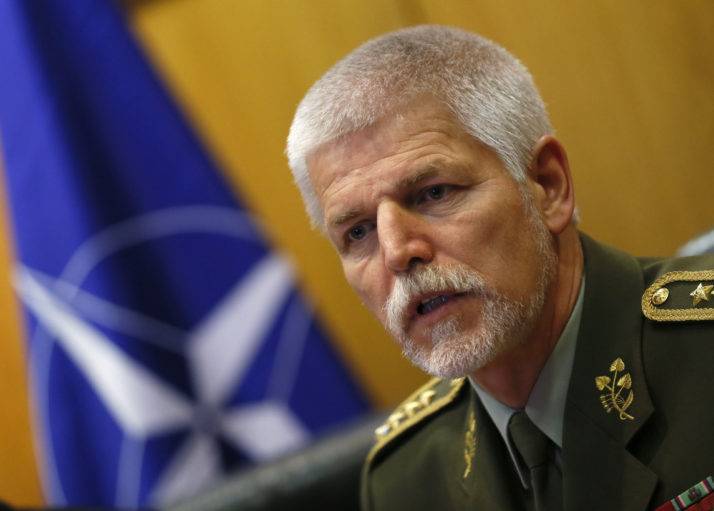 “The threat of Russia is growing on all fronts,” say other NATO officials. Russia's military growth, as suggested by General Peter Paul, is obvious.

General Peter Pavel, Chairman of the NATO Military Committee, said that the alliance was faced with Russia's attempts to increase its military potential at almost all levels. The allies are “on guard”: they “will not allow a repeat of the Kremlin’s military intervention in the Crimea and in the east of Ukraine.”

According to the general, Russia's military intentions are not necessarily clear, but the growth of its military power is “indisputable.”

“We, the people in the form, define a threat based on two main elements. One of them is potential, the other is intention, ”Mr. Pavel explained to the journalist. "Politico".

“When it comes to opportunities, there is no doubt that Russia is developing its capabilities in both traditional and nuclear components. When it comes to maneuvers, the ability to deploy troops over long distances and effectively use them far enough from their own territory, this is no doubt. ”

But the intentions of the Kremlin - something less clear. “When it comes to intentions, it’s not easy to understand something, because we cannot clearly say that Russia has aggressive intentions against NATO,” the general said.

Nevertheless, he referred to Russia's growing “military presence” and recalled reports regarding the deployment of intercontinental ballistic missiles with nuclear warheads in Kaliningrad and the Crimea.

“There are elements that should worry us, and we must be on our guard,” said Paul. - Therefore, we take this threat, albeit a potential one, very seriously. We are doing everything possible to be ready both in terms of opportunities and preparation, to face any potential threat that would resemble a situation that we know in the Crimea, in eastern Ukraine - this should not be repeated with any of the allies NATO".

“We also observe an increase in the activity and perseverance of both the political and military leadership [of Russia] when they talk about taking all the necessary measures to counter the buildup of NATO’s military potential. We are faced with a huge modernization of all Russian military forces, ”recalled Pavel.

Continuing the conversation about the “threat from Russia”, Mr. Pavel further stated that NATO is also working to strengthen its positions in the fight against terrorism and that the alliance cannot afford to focus solely on threats from “state actors”.

In addition, we note, in the United States, the issue of financial confrontation with Russia suddenly escalated.

Spied information about the espionage of the US Federal Reserve for foreign central banks. It turns out that the Fed is in a hurry to provide the authorities with confidential information about the movement of foreign central banks in the Federal Reserve Bank (FRB) of New York, where 3,3 trillion is stored. dale international reserves. He writes about it "Forbes" with reference to Reuters.

And the Russians are right there: Reuters sources said that in March 2014 of the year, the Central Bank of the Russian Federation withdrew from the Federal Reserve Bank assets for 150 billion dollars. The Fed immediately reported this to Washington. And they clarified in the White House: Moscow is afraid of “freezing” its assets in the United States. The amount of assets withdrawn was 23% of all international reserves in Moscow at that time. True, two weeks later, the Bank of Russia returned most of the funds to the Fed’s accounts.

Sources claim that the movement of these funds since then closely watched. US officials want to know what financial sanctions could force Moscow to withdraw its reserves.

The Russian Central Bank refused to comment to the agency about the “details” of its activities.

Financial fears, increasing sanctions, rampant military build-up, statements by the generals about “readiness” and open letters to former diplomats in alarm, mean one thing: the time to get fire extinguishers really has come. There will be no winner in the third world war.