Iraqi offensive in Mosul slowed down due to IS counter-attacks *

27 2017 June
9
Iraqi forces are forced to slow down the pace of the operation to free Mosul from the Islamic State * (IG) group, due to the fact that the terrorists carried out a series of attacks against government forces. Reports agency on Tuesday The Associated Press.

According to him, starting from Sunday, the militants counterattacked government forces in the west of Mosul in areas that were previously considered to be cleared of terrorists. 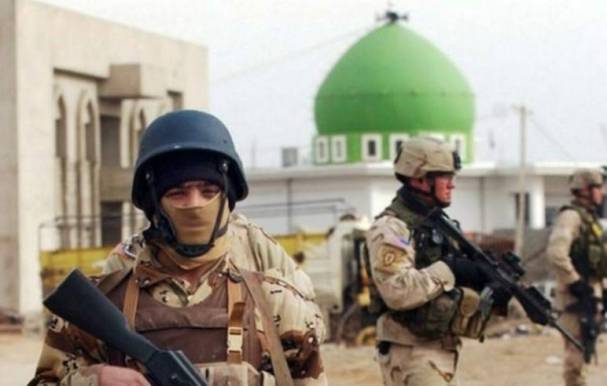 As a result, the Iraqi troops and units of the US-led international coalition against the IG transferred some of the forces from the Old City — the concentration of terrorists in Mosul, in order to once again clear out the Yarmuk and Tanak areas.

The IG militants who attacked were disguised as uniforms of the Iraqi Shiite militia.

At the same time, the Iraqi army announced its release from the militants of the "Islamic state" * of the al-Mashahd district in Mosul.

Earlier it was reported that the Iraqi military had prepared for a decisive assault on the center of Mosul, where the defense forces of the IG remained less than 200 *.

The Sixteenth Infantry Division liberated al-Mashahd district in the old city of Mosul and raised the Iraqi flag over its buildings.
- According to a statement by the press service of the Iraqi armed forces

On Monday, the Iraqi army announced the release of the Mosul region of al-Faruk.

The operation in Mosul is being conducted with the support of an international coalition led by the United States since October 2016. Last week, Iraqi Prime Minister Haider al-Abadi promised that a statement on the full release of the city would be made in the coming days.