Past and Future of Darial 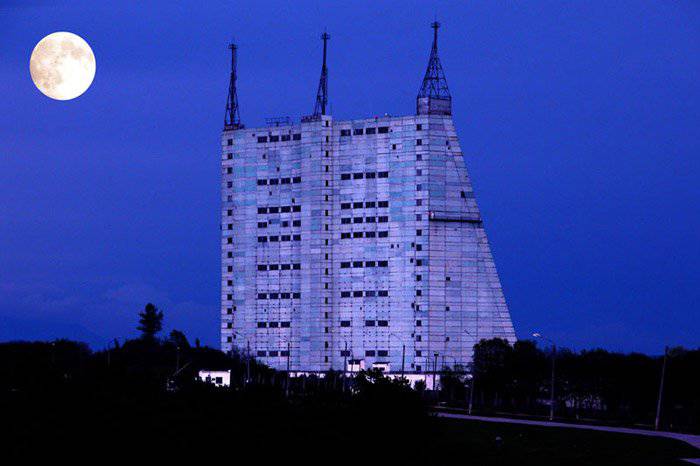 The Daryal radar, also known as a separate radio unit of the Russian Space Forces, Gabala-2, RO-7, 754 object, was built in 1985 in the north of Azerbaijan, one of nine stations of this type. The purpose of the construction is to prevent a rocket attack on the Soviet Union from the south. It is possible to detect launches of land and sea ballistic missiles capable of carrying nuclear warheads, as well as for continuous monitoring of outer space. The radar covers Iran, Turkey, the Middle East, Pakistan, India. The radius of detection of the station, according to various sources, is 6-8 thousand km. The power consumed by the station does not exceed 50 MW. The staffing level of the radar personnel (as of 2007 year) is about 900 military personnel and 200 civilian specialists.

After the collapse of the USSR and the transfer of the station into the ownership of Azerbaijan, Russia continued its use under lease terms. The ten-year agreement was signed on January 25 of the year 2002, with the right to prolong the lease agreement. According to this document, the station has the status of information and analytical center. The rental price was set at $ 7 million per year. Russia pledged to use the radar station only for "information and analytical purposes" and also to share with Azerbaijan some of the information received. Moreover, besides the rent, Russia pays for the electricity used in the accounts of the power system of Azerbaijan and provides jobs for local citizens, thanks to which the mountain village of Gabala is today one of the most comfortable in the country. The agreement expires on December 24 on 2012.

In 2007, Russia proposed to the United States to jointly use the Gabala station, in exchange for refusing to deploy missile defense elements in Europe. According to President Vladimir Putin, "this station covers the entire area, which is suspicious of our American colleagues." But there was no official response to this proposal.

In December 2011 of the year, Russian Defense Minister Anatoly Serdyukov made a statement that Russia is interested in extending the lease period of the Daryal missile attack warning system from Azerbaijan and intends to modernize it.

To clarify the issues "on the spot" at the end of July last year, the head of the military department visited Azerbaijan. The subject of his meetings and conversations with the Minister of Defense of this republic, Safar Abiyev and President Ilham Aliyev, was the terms of the extension of the lease terms.

"We have prepared our proposals for the Gabala radar station; moreover, we expanded them, proposing to modernize the station," Serdyukov said.
"We also considered issues related to the cooperation of the two countries in the military and military-technical field. We have quite good contacts in these areas. Everything that we planned for 2010 year is almost complete, but what we have planned for 2011 year "We are on schedule. We are confident that we will fulfill all our plans," he added.

The first round of official talks on the station’s fate took place at the beginning of this year, they discussed issues on a number of provisions that are the foundation of the lease agreement. The main one is financial.

According to Deputy Minister of Foreign Affairs of Azerbaijan, Araz Azimov, “we should be talking about several hundred million dollars. This would be consistent with international experience, including the practice of the Russian Federation in the context of similar agreements with other states. ”

According to the newspaper Kommersant, which refers to unnamed sources in the Russian Foreign Ministry, Baku is demanding a raise for the radar station in Gabala to 300 million dollars a year.

There are also proposals by Baku on additional assistance from Russia to eliminate the negative environmental impact of the radar station, increase the station’s Azerbaijani staff, and confidentiality issues, including a ban without transferring information received at the station to third countries.