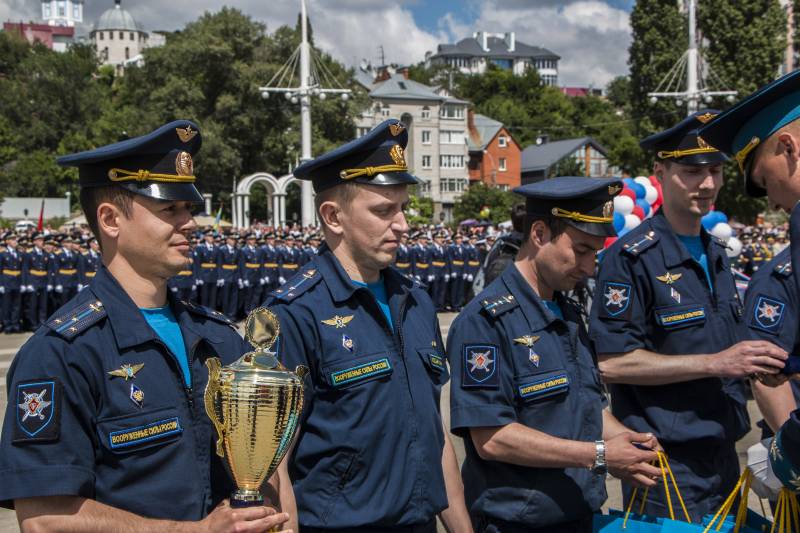 For the first time in my practice (and I already have this fifth Aviadarts), the command of the VKS made such a show out of the closing of the Russian stage of the competition. And, it seems to me, not in vain. It went.

I had to cheat a little, but the closing of the competition was “three in one”: they awarded the winners of the competition, let out lieutenants from the academy and cadets from the academy’s school. It turned out pretty colorful and sensible. In general, he criticized the VKS more than once for organizing actions on the ground, but here it was all straightforwardly amazing. And quickly, and sensibly, and an hour and a half air show was treated at last. 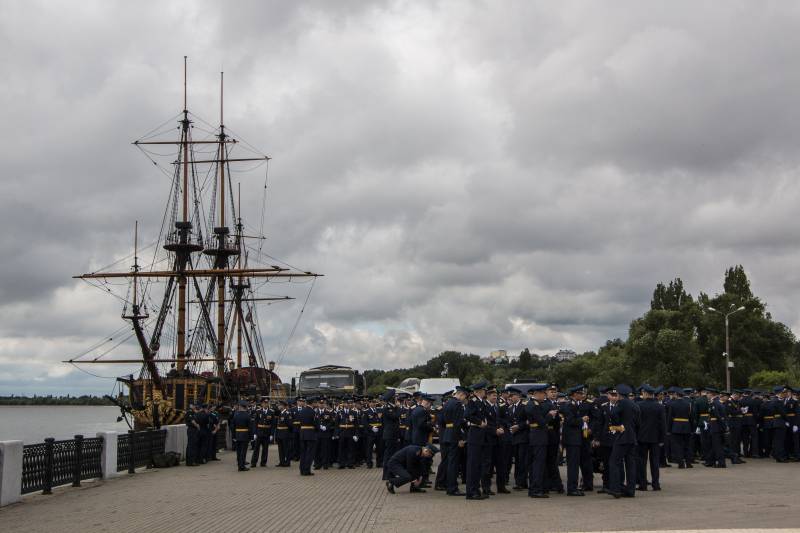 The morning was very gloomy and cloudy, it rained all night and there were some doubts about the shooting. But the press service of the VKS assured that the commander in chief at the top is grabbed, and the day will be pleasant. So it happened, by the way. 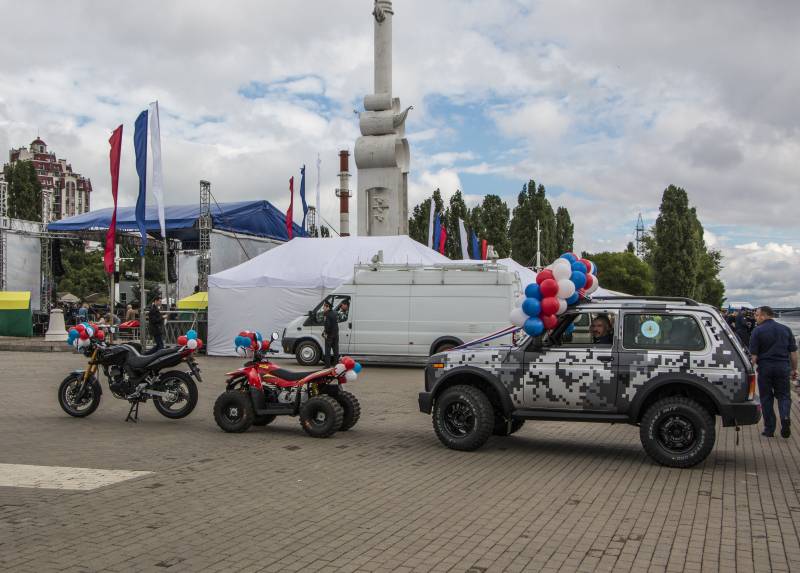 These are prizes for winners. For the first place "Niva", for the second - a quad bike, for the third - a motorcycle. And so 9 times, by the number of nominations. Already, in some media outlets, a startling croak has begun on the theme of the fact that all this is window dressing and will not give anything to anyone. Keys, like, will wave, and on this all.

I managed to briefly talk with two winners from among those whom I managed to meet while working at airfields. They have not yet figured out how to divide the motorcycle in the bomber’s crew, but the quadric technique was very welcome. "We’ll have a trailer welded to it, and we’ll cut it into a warehouse and a department."

In general, such an attitude to these prizes was ... Strange, I would say. No, the fact that everyone broke up is yes. But the prizes ... Especially in large carriages ... In general, the attitude was calm towards them, if in truth. 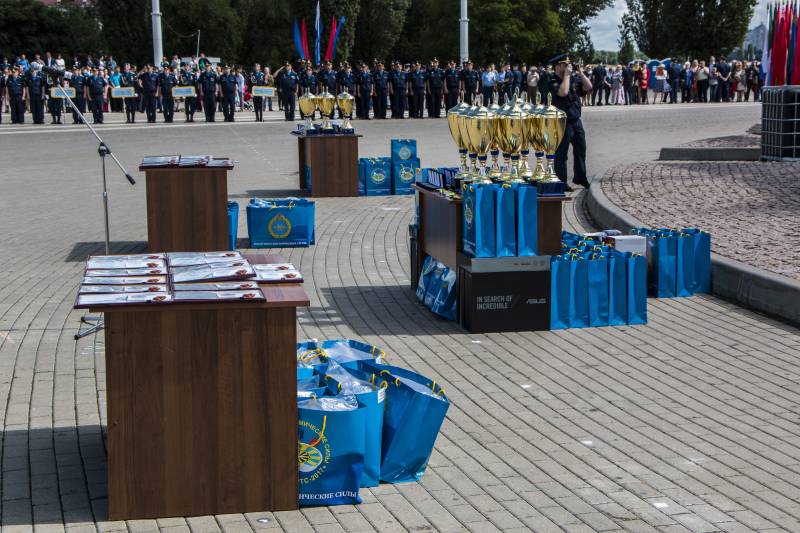 Well, yes, cups, medals, bags, bags, it all stood and waited for the winners. 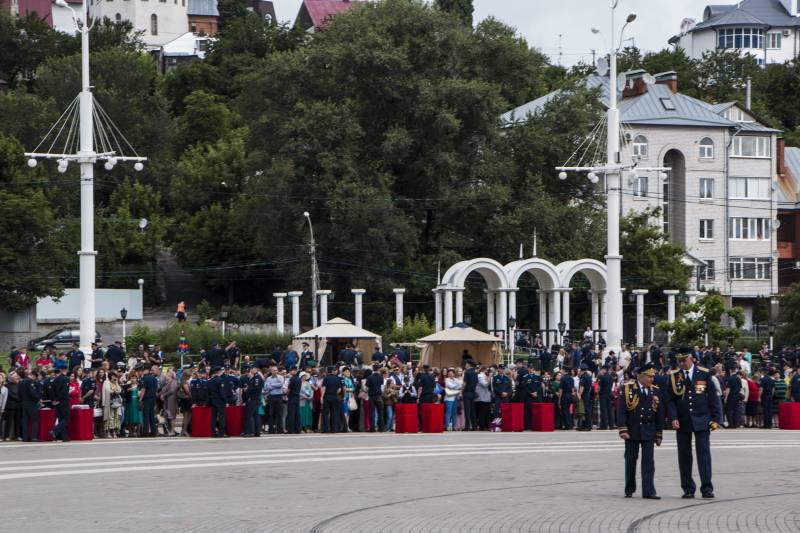 People gathered pretty. It is clear that the main mass are relatives and close graduates, but nonetheless. 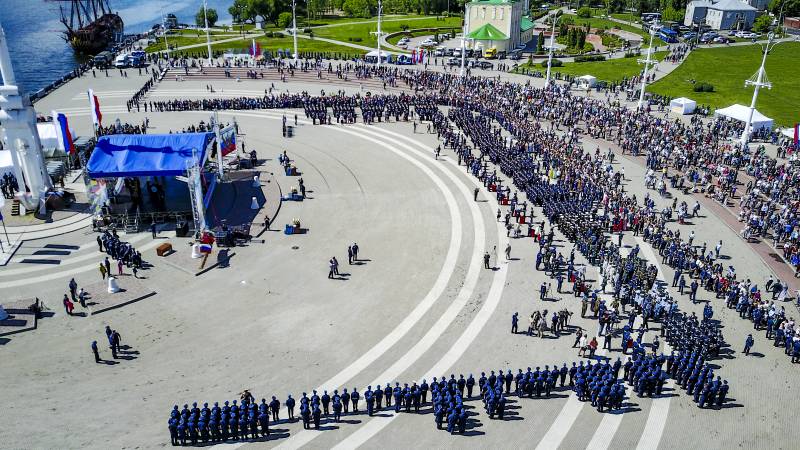 It began, of course, everything is written in the Charter. 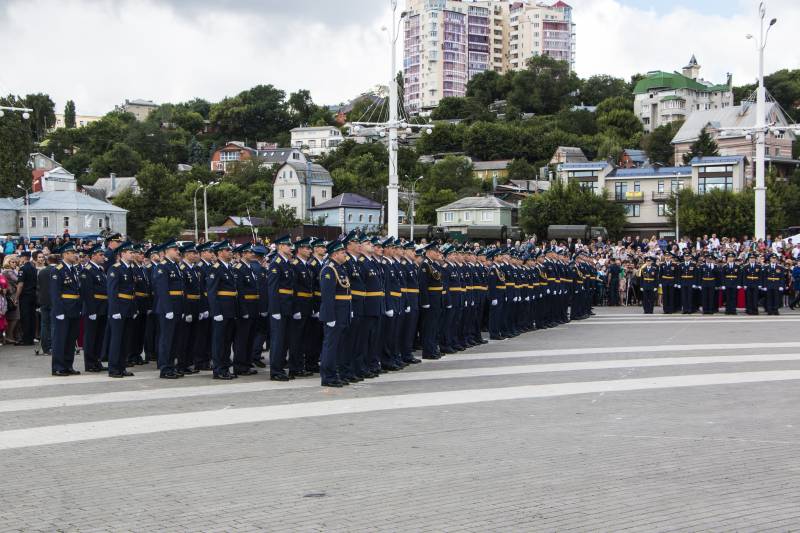 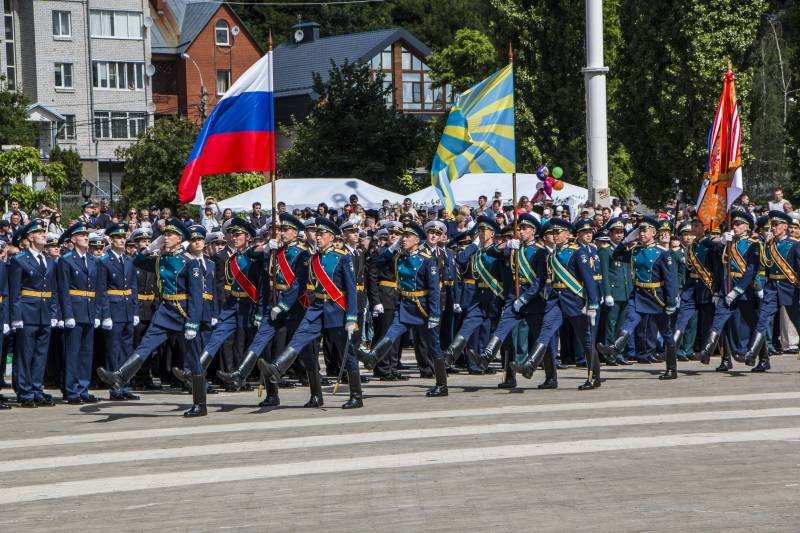 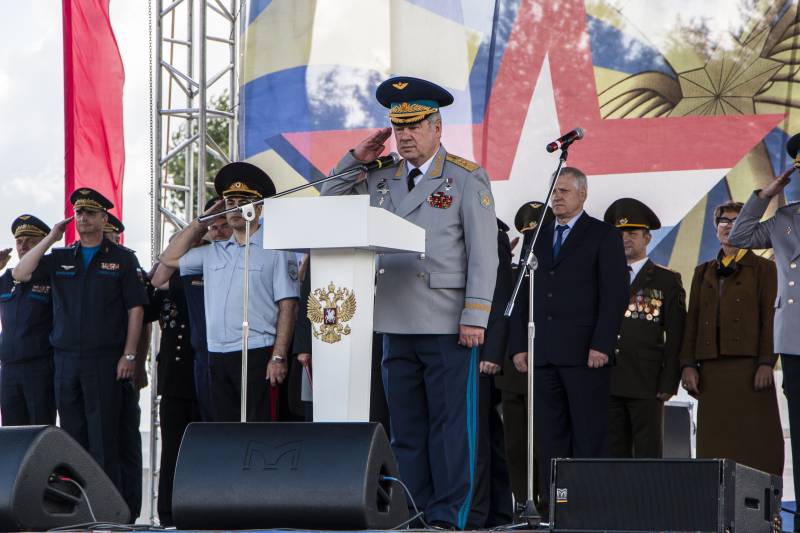 The commander-in-chief of the VKS Bondarev was brief, but eloquent. He did not hide his good mood and was pleased with the results. He paid attention to the beginning and to us, that is, writing and shooting. But the conversation somehow immediately went away from today's topic and jumped over to tomorrow, that is, on a trip to China.

It was somewhat unexpected, but Viktor Nikolaevich is famous for being turned out of any situation. Answered. We actually put his answer on the whole in the video, who is interested - please.

Yes, I noticed that there were a lot of foreign specialists among the graduates of the Academy. Kazakhstan, Mongolia, Vietnam, PRC. 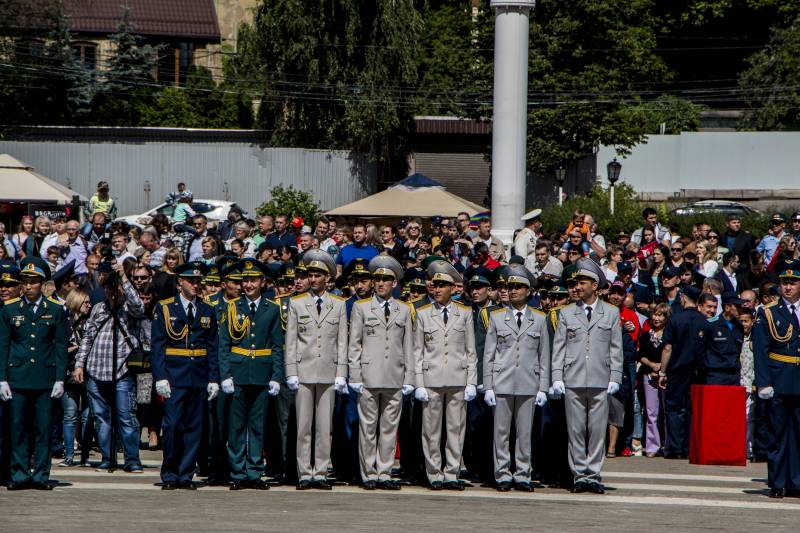 And these are our heroes. Stood and waited their turn. 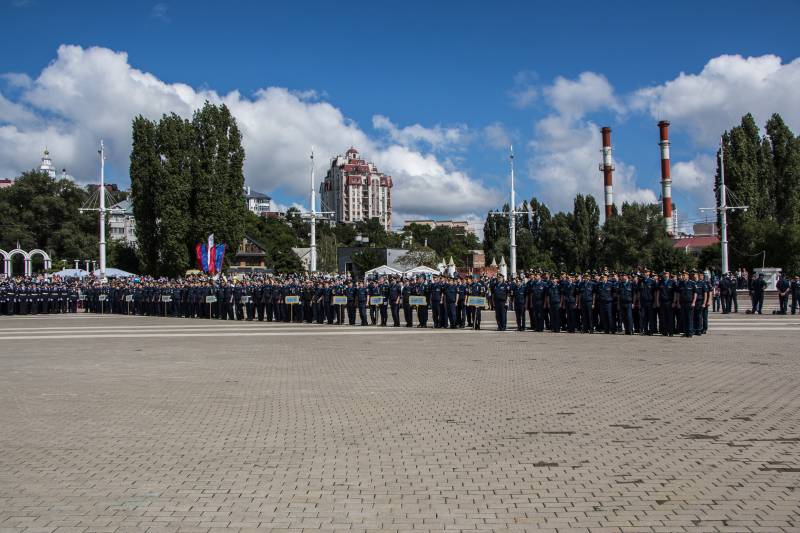 But the issue had a very, very quickly, I repeat. There were speeches, but somehow not for 20 minutes. And so, in one breath. Without paper. More precisely, the paper was. One Order of the Minister of Defense, which Bondarev read out. 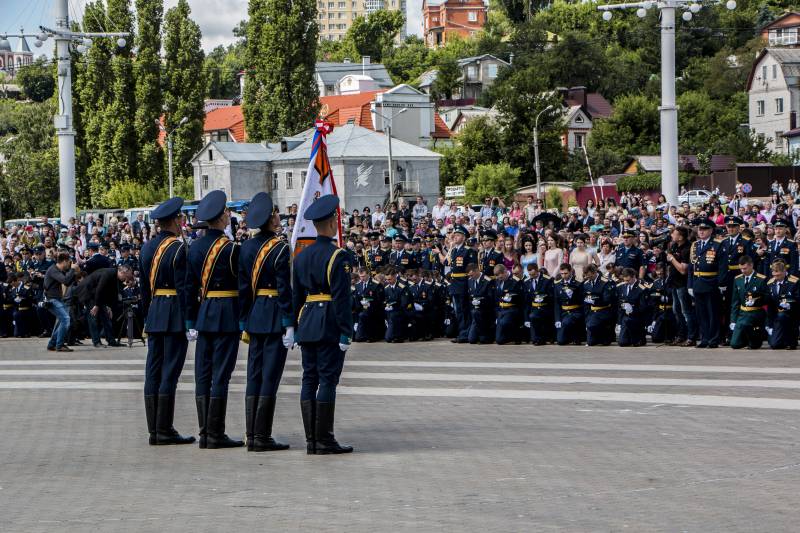 Farewell to the banner ... Well, who stood like that, he understands the essence of the minute. One part of life is behind, the second is ahead.

And we went rewarding. 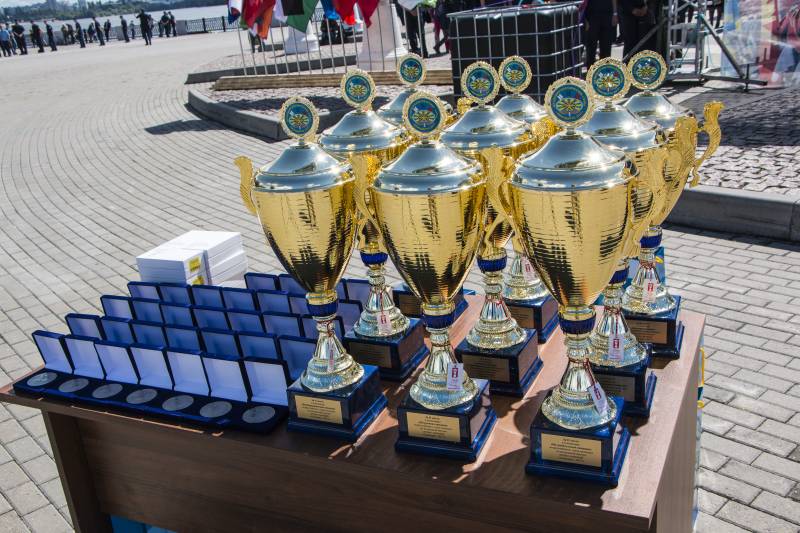 Viktor Nikolayevich was assisted by his colleague, former Commander-in-Chief of the Air Force Peter Stepanovich Deinekin, who this year will celebrate his 80 anniversary. For his, albeit incomplete eighty, the comrade-general of the army is not so much alive and mobile, and even in the language of Oster. I heard it myself. 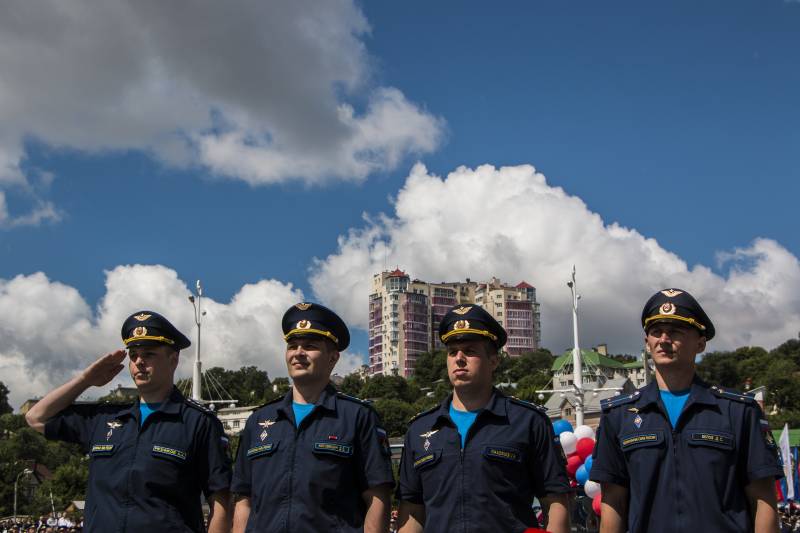 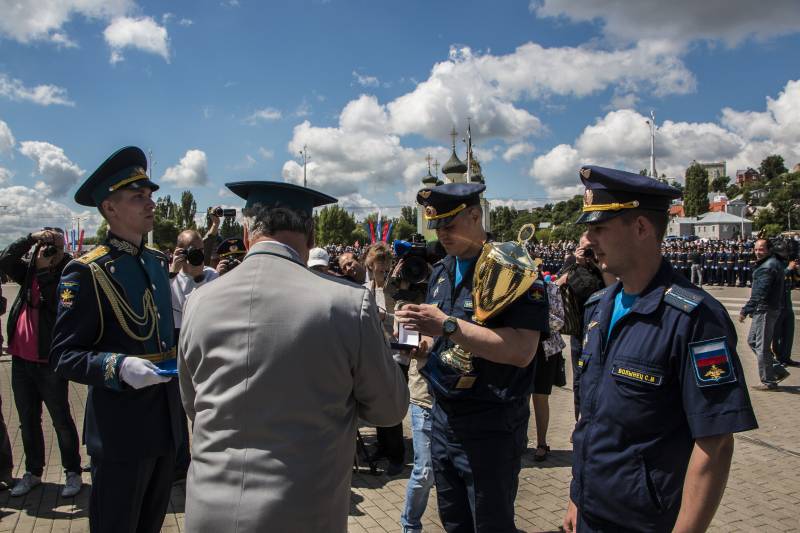 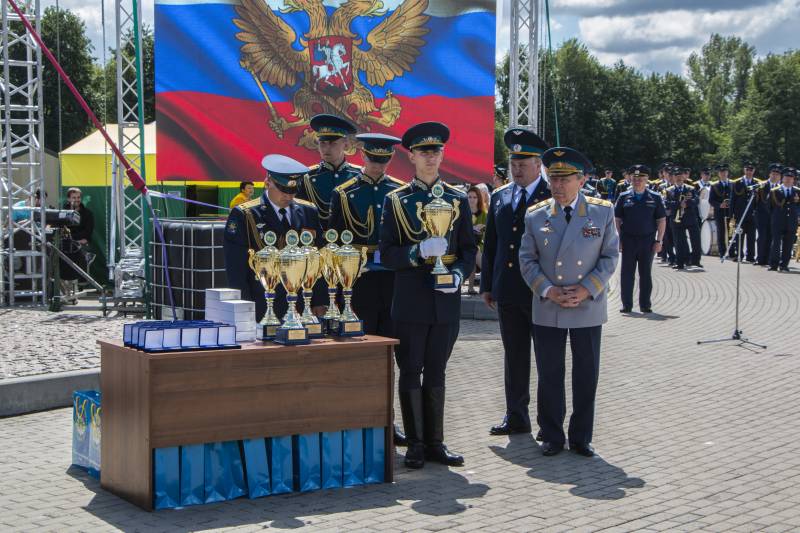 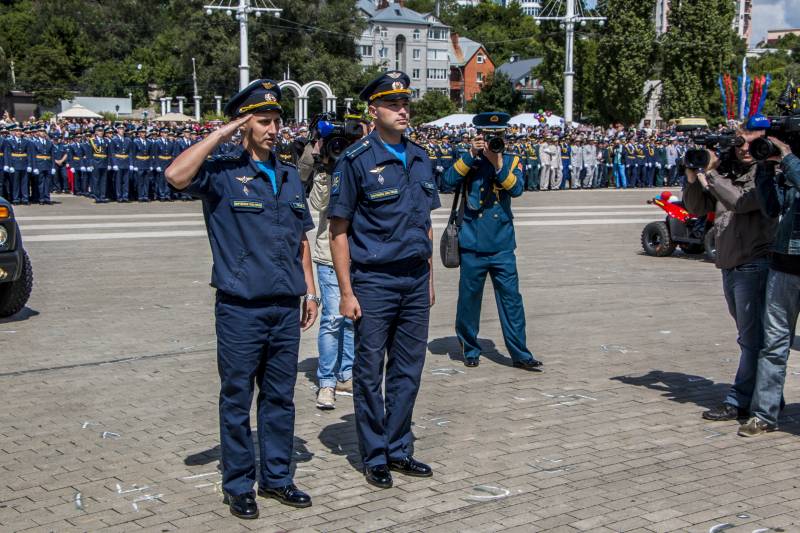 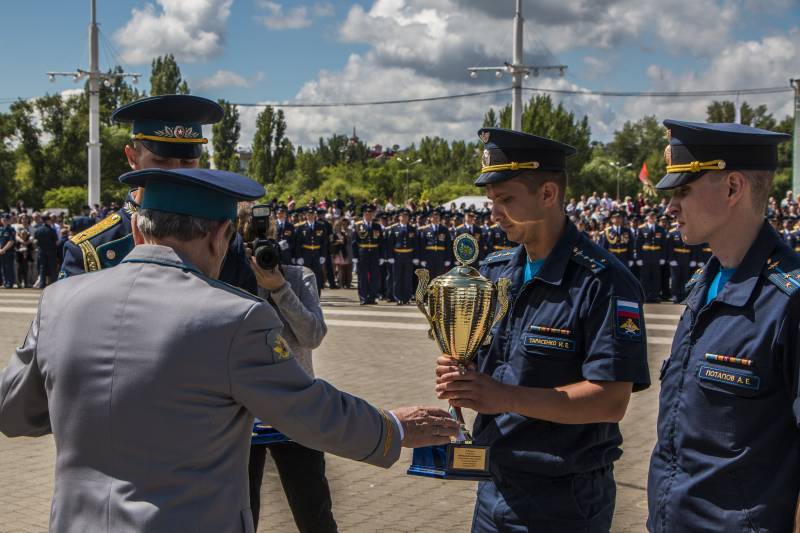 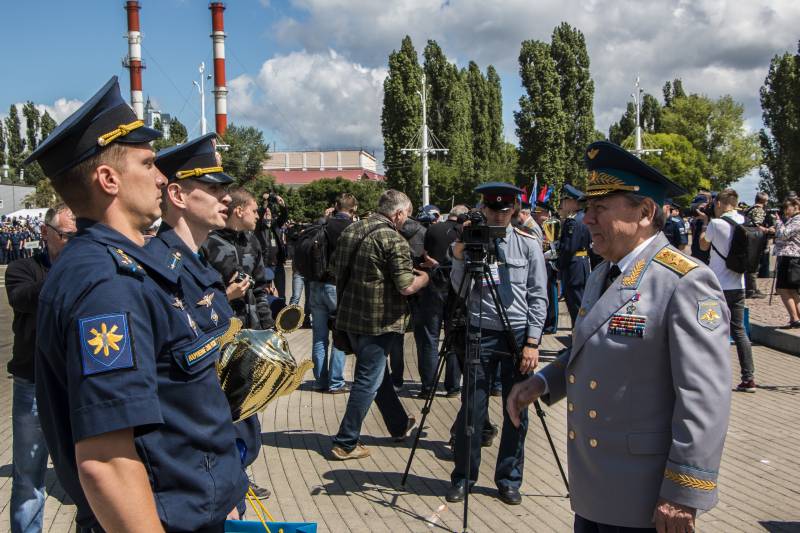 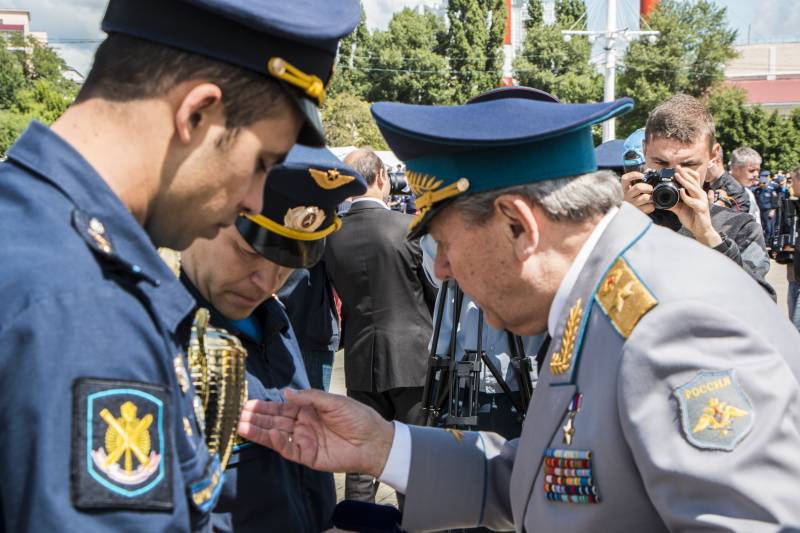 "Son, yes you finished one right school here ... Yes, there would be two of you, as if you would have won!" It was Deinekin who told one of the crew members when he saw the sign, apparently, of Balashikha. Dainkov Deinekin noted with particular pleasure, even if he awarded the winners, who took second place.

Many people, many crews, though not all managed to shoot. But who had time - here they are, our wings. The best of the best, though not all. As Bondarev said, in Syria today, too, the best work. 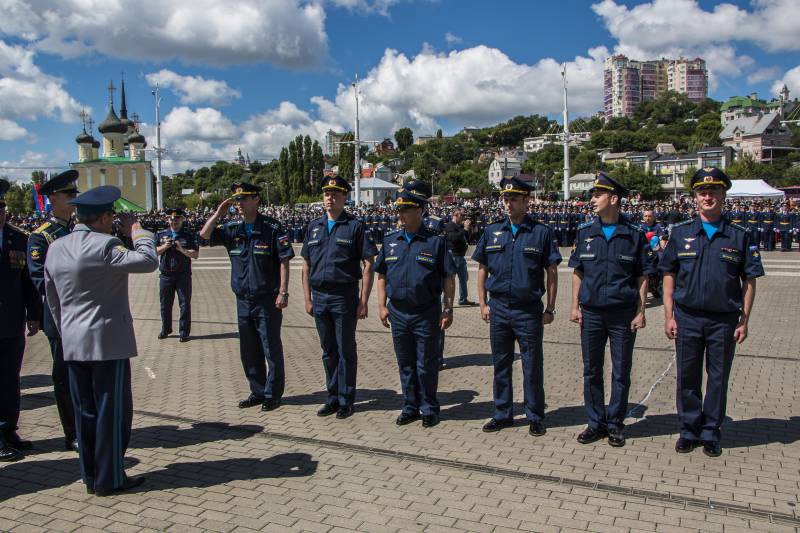 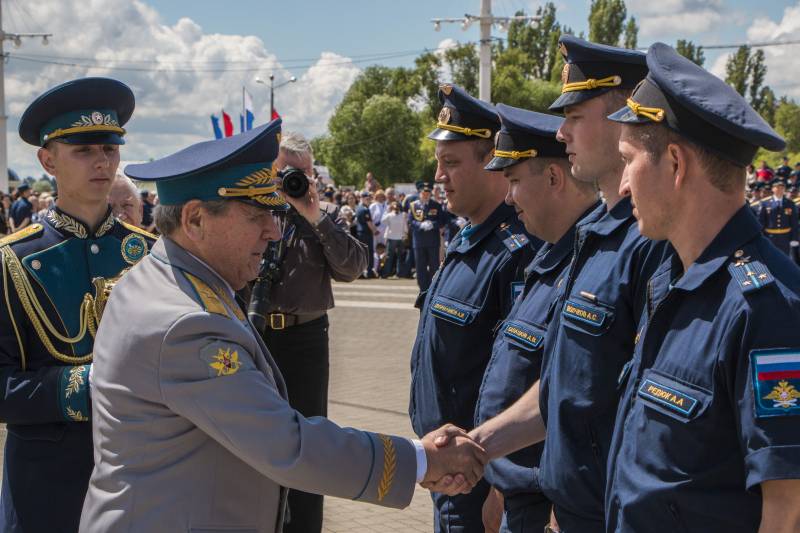 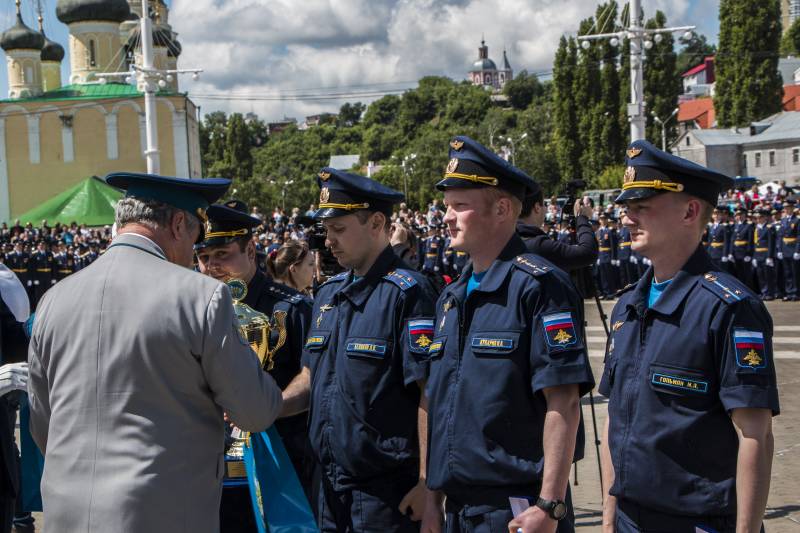 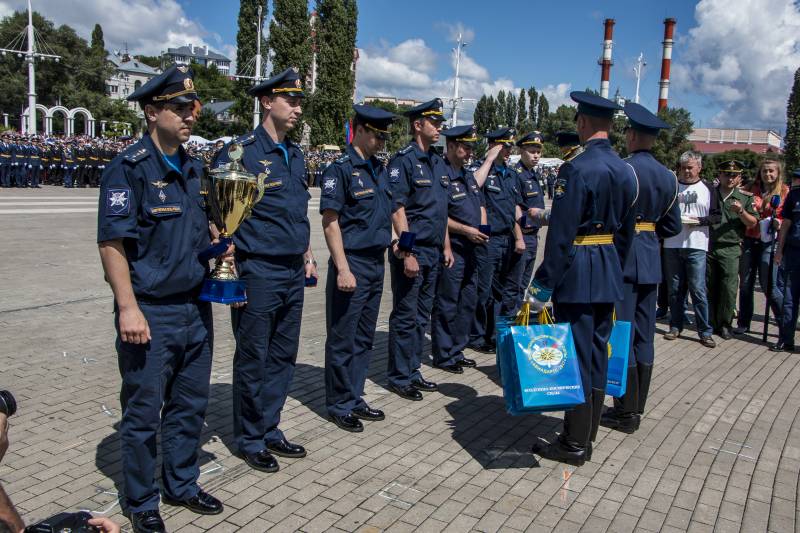 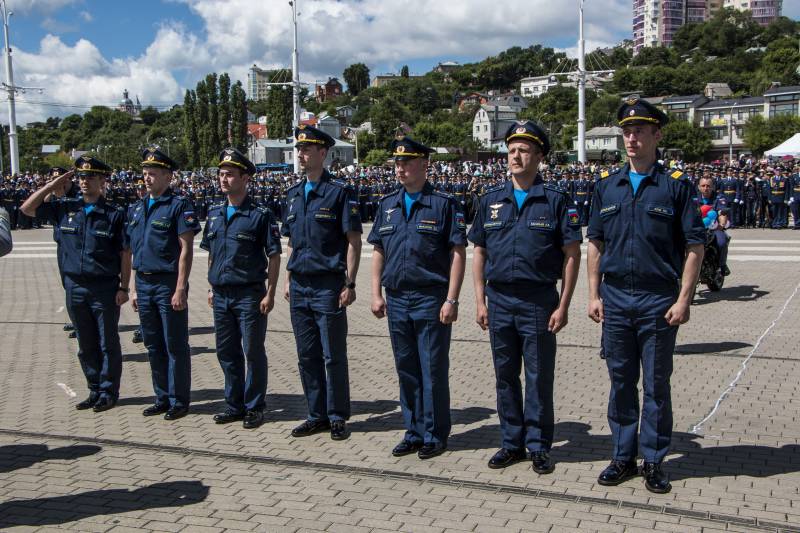 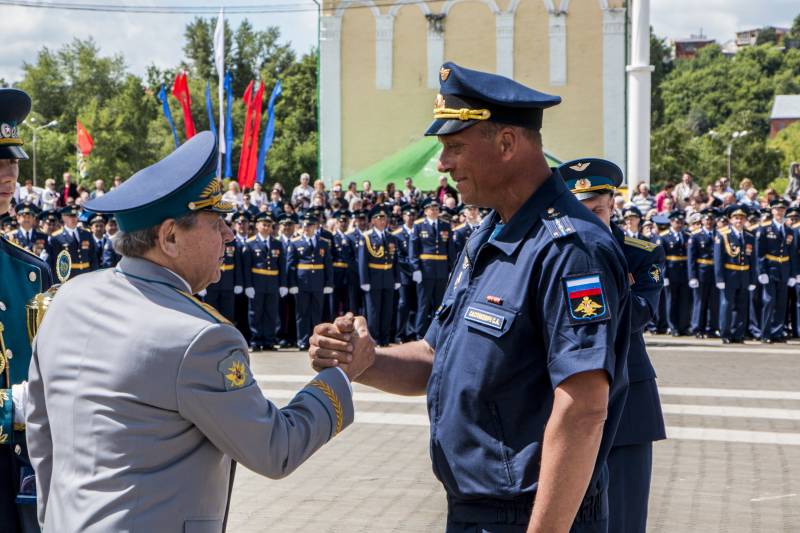 This captain, however, is not a pilot. Technicians also awarded. Watched it, rushing in the parking lot and guiding the process. Deservedly. 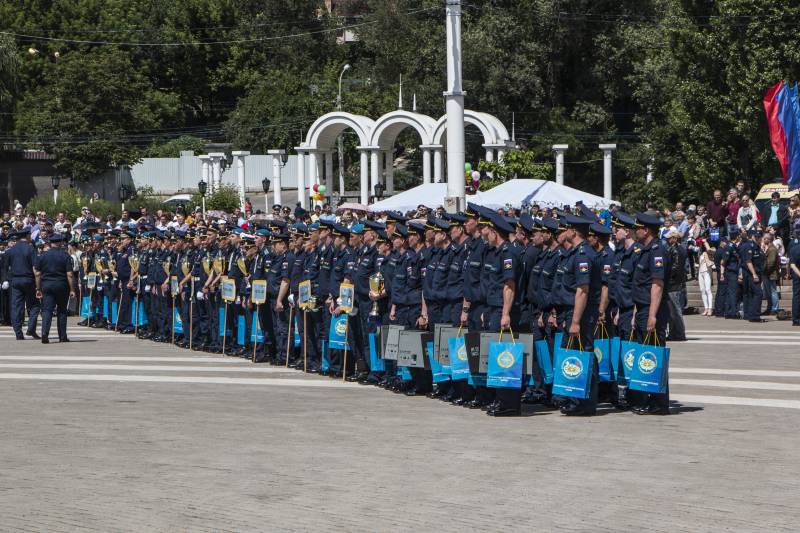 That's all. Aviadarts in Russia is over. Now ahead is China. And although the native heavens and familiar training grounds will certainly help the Chinese, there will not be an easy victory. And if absolutely so, watching our work on the landfills, we will wait with the victory of them.

In any case, success and successful departures of the entire Russian national team VKS!