"Kalashnikov" testing a UAV with an internal combustion engine

22 2017 June
31
Specialists of the Kalashnikov concern carry out factory flight tests of aerial reconnaissance drone and surveillance ZALA 421-16Е5, equipped with an internal combustion engine (ICE), reports TASS message of the press service of the company. 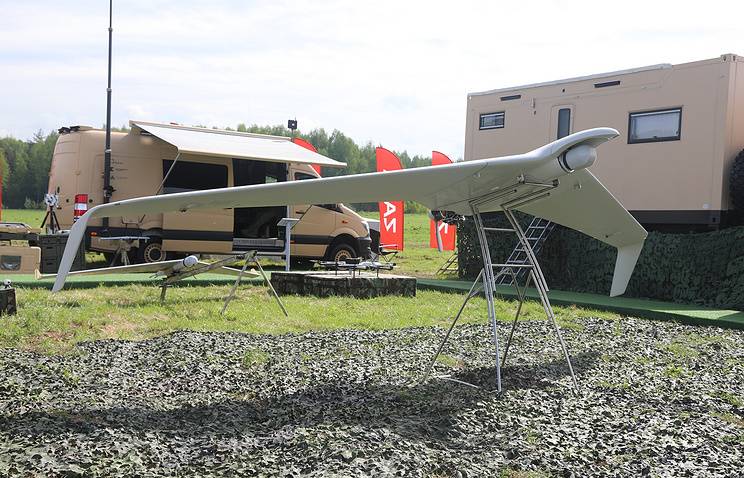 According to the information, “combined imager and video camera with the possibility of increasing the image” are used as the payload. In addition, the “laser range finder or laser designator” can be mounted on the drone, as well as (inside the fuselage) - “an aerial photographic device or electronic warfare equipment”.

According to the press service, the flight tests of the device will be completed before the end of the year, after which the ZALA 421-16Е5 will be ready for sale.

The company explained that, as a rule, Kalashnikov drones are equipped with pushing electric motors, which have enough charge from 2-x to 7 flight hours, depending on the modification and weight of the car.