Poltorak: Ukraine fulfills the Minsk agreements to the maximum

21 2017 June
42
The Minister of Defense of Ukraine Stepan Poltorak stated that the Minsk agreements should work until all possibilities for their implementation have been exhausted. 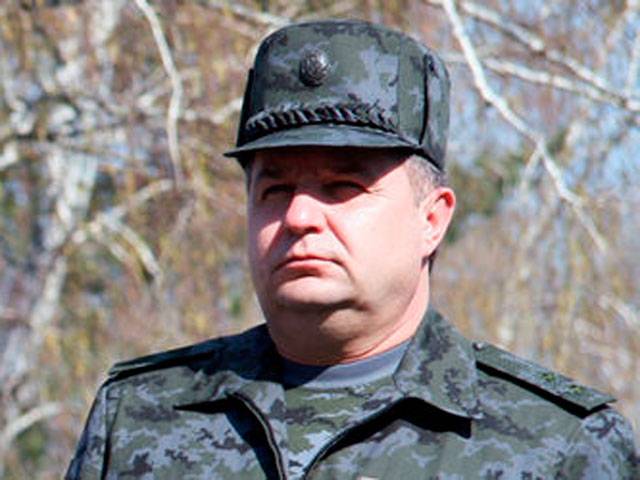 Also, according to him, the armed forces of Ukraine are ready to comply with all laws that will be adopted by the parliament.

Earlier, the President of Ukraine Petro Poroshenko announced plans to submit to the Verkhovna Rada a bill on the reintegration of Donbass, which, in particular, will be spelled out the legal regime of actions of the Ukrainian military. At the same time, the president opposed the abolition of the "anti-terrorist operation" (as Kiev called the military operation in the Donbass) before the adoption of this law. According to the deputies of the Parliament, the document provides for the recognition of the territories of Donbass that are not controlled by Kiev as “occupied” and the transition of Ukrainian security officials to the format of a “military operation”. At the same time, the Ukrainian authorities insist that this law does not contradict the Minsk agreements, but will be adopted for their implementation.

On the eve of his visit to Washington, the President of Ukraine promised to submit to the international partners a draft law on the reintegration of Donbass, which is being prepared in Kiev.