Time to change the heir. Qatari crisis as a cover for the struggle for power

22 2017 June
7
King Saudi Arabia Salman decided to change the heir to the throne. This is a landmark event both for Saudi Arabia and for the entire Middle East. In any monarchy, the heir to the throne is the second man after the monarch, and the deprivation of his right to inherit is a very large-scale event, not to mention the fact that it must have very good reasons behind it. 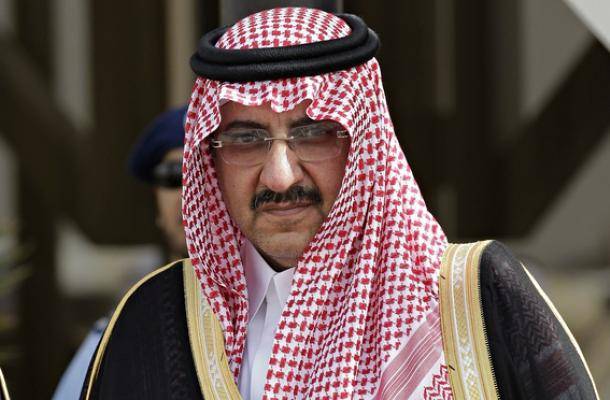 In 2010, Prince Muhammad Ibn Naif’s influence on Saudi politics increased significantly. First, Prince Muhammad ibn Naif, having been appointed to the post of Minister of the Interior of Saudi Arabia, concentrated in his hands enormous power, gaining control over the repressive apparatus and security services. Secondly, Muhammad ibn Naif began to play an important role in the foreign policy intrigues of the kingdom, including in the policy towards Syria. When 23 January 2015 was the eighty-year-old Salman, who replaced his deceased brother King Abdullah, Prince Muhammad ibn Naif was appointed Deputy Crown Prince of Saudi Arabia. In Saudi Arabia, there is such a position - to dispel doubts about the strength of the vertical of power and the preservation of the principle of inheritance. In this capacity, the influence of Muhammad ibn Naif increased even more, he became the chairman of the Saudi Political and Security Council, which determined the foreign policy of Saudi Arabia in the Middle East. Thus, it was Muhammad ibn Naif who began to direct the leadership of Saudi actions in the same Yemen, where KSA began to conduct Operation Storm of Resolve. In an effort to win support in the West, Prince Muhammad ibn Naif talked a lot about the need to actively fight terrorism and emphasized his desire to deal with terrorist groups in the Arabian Peninsula and in the Middle East as a whole.

On the other hand, Muhammad ibn Naif was always very wary of activating Iran and the Iranian arms buildup program. This circumstance also promoted growth of popularity of the prince in the West. In the United States, the prince was even called "the most pro-American" among Saudi politicians. And this is despite the fact that the kingdom’s security services, which were subordinate to the prince, are pursuing a rather tough repressive line against dissidents - from supporters of radical fundamentalist organizations to the Shiite minority, which the Saudis consider Iranian as the “fifth column”. 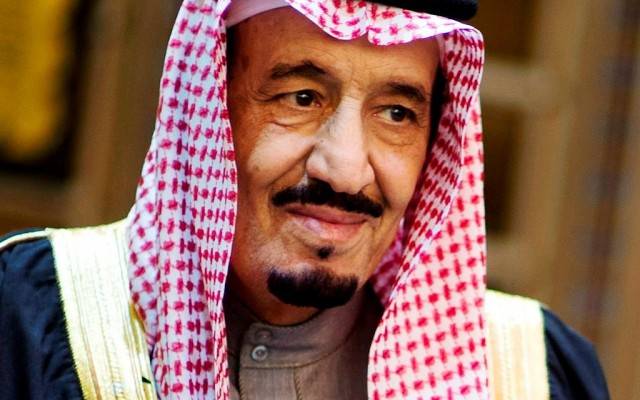 However, the huge Saudi royal family has never been free from internal contradictions and conflicts. The first king of Saudi Arabia, Abdulaziz, had 45 children, which ensured the transfer of succession from brother to brother. The current king of Saudi Arabia, Salman, is also the son of Abdulaziz. Naturally, between the sons, and then the grandchildren of Abdulaziz, there was always a relationship of competition - for the throne, and for public office. Given the polygamy and the many children of Saudi kings and princes, there are currently several thousand Saudis in the country - according to various sources, the number of princes and princesses is approaching 5-7 by thousands of people. Relatives of the late first king of Saudi Arabia occupy most of the country's most important government positions - both in civilian departments and in security agencies. The transfer of the throne from brother to brother provided an opportunity to visit the role of king for almost all the elderly sons of Abdulaziz. However, given their age, it becomes clear that in a few more years - and the princes of a new generation will have to take power in Saudi Arabia. Such as Muhammad ibn Naif.

But with Muhammad ibn Naif, family members of King Salman always competed. In 2011-2012 crown prince of Saudi Arabia was the father of Muhammad Prince Naif. It was he who was to take the royal throne after the departure of his elder brother King Abdullah. However, Naif, a man far from young, had a number of diseases. 16 June 2012, he passed away. Therefore, Salman ibn Abdulaziz Al Saud was proclaimed crown prince under King Abdullah. After Abdullah’s death in 2015, Salman became king of Saudi Arabia. In the West, he was expected to have a balanced policy, but under Salman, the KSA only tightened measures to suppress the opposition. For example, the famous Shiite preacher Nimr en-Nimr was executed, which led to the final rupture of Iranian-Saudi relations. Prince Mukrin ibn Abdul-Aziz Al Saud (born 1945), the youngest of the children of King Abdul-Aziz, who served in his youth in the Royal Air Force, should have succeeded Salman. However, 29 April 2015, Salman changed the order of succession to the throne and freed Mukrin from the duties of the crown prince. So Muhammad ibn Naif became the heir.

Apparently, Muhammad ibn Naif didn’t like all the “titans” of Saudi politics. The prince had four assassinations. Responsibility for them was assumed by various radical groups associated with Al-Qaeda (banned in the Russian Federation), but it is possible that internal forces interested in eliminating a dangerous competitor could also stand behind them. Muhammad ibn Naif became too serious a political figure, having gained not only an influence on Saudi politics, but also worldwide fame. 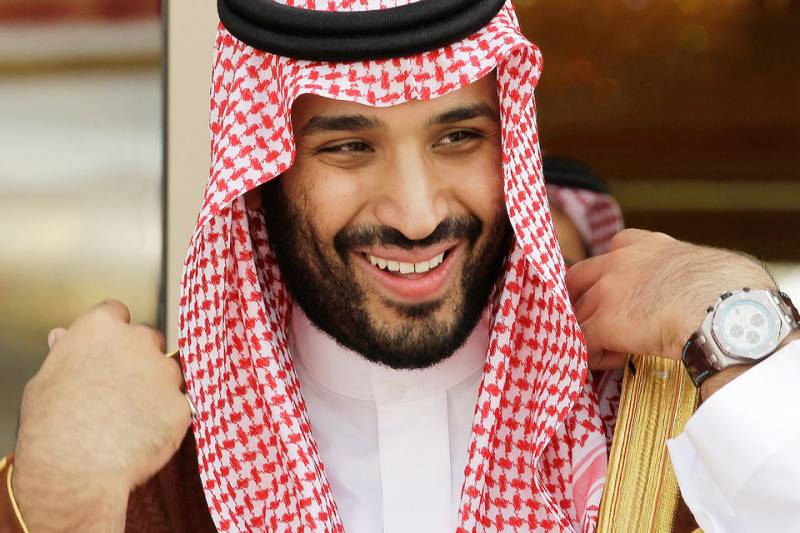 However, behind the latter were very influential forces - both his father, King Salman, and the royal entourage, who hoped to push back the momentum of Muhammad ibn Naif. In April 2015, Muhammad ibn Salman was appointed deputy crown prince of Saudi Arabia, Muhammad ibn Naif. With this appointment, King Salman showed that the younger generation of the Saudi dynasty would soon come to power.

In addition to the post of Minister of Defense of the Kingdom, Prince Ibn Salman concentrated in his hands a few more key positions, including headed the economic council under the government, which gave him the opportunity to control the economic and financial policies of Saudi Arabia. Thus, in the hands of a young and promising prince, two important levers appeared at once - the power (Ministry of Defense) and the financial and economic (economic council). Soon in the West, the young prince was even nicknamed "Mr. All", hinting that ibn Salman controls almost all the most important areas of Saudi politics. 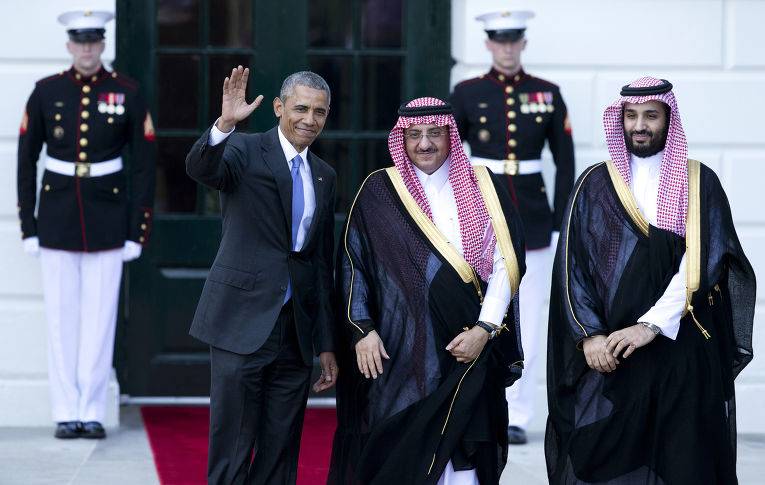 Muhammad Ibn Naif, who was actively involved in Saudi Arabia’s foreign policy, had a long-term business relationship with the Emir of Qatar, Tamim bin Hamad al-Thani. Saudi Arabia interacted with Qatar during the Arab Spring 2011 of the year, in Yemen, in Syria. However, the rivals of Muhammad ibn Naif, who were trying to remove him from the post of the crown prince and not to allow the throne to be taken over soon (after all, King Salman was already 82 of the year) decided to act on the foreign policy field to influence the position of the king and get a replacement for the heir. Qatar was chosen as a target, and a new president, Donald Trump, came to power in the United States as a convenient time. Given that Muhammad Ibn Naif was in good relations with the former US President Barack Obama, his rivals from the Salman clan decided that it would be more convenient to act under Trump. If a country is in a situation of serious conflict with neighboring Qatar, then how can a crown prince be a friend of the Qatari emir? After all, it directly threatens the interests of Saudi Arabia. But the deterioration of relations with the neighboring emirate allowed for the removal of Muhammad ibn Naif from the position of crown prince.

An unprecedented campaign against Qatar began. For the first time in many decades, Saudi Arabia did not speak out against Shiite Iran and not against secular Arab regimes like Syria, but against the same Sunni monarchy of the Persian Gulf, its longtime ally. A diplomatic blockade of Qatar was initiated, to which the KSA forced Bahrain, the United Arab Emirates, Egypt and a number of African states dependent on Saudi financial aid to join. Qatar was declared the main sponsor of the terrorist groups in the Middle East - obviously, in anticipation that Washington will contribute to neutralizing the Qatari emir. But Donald Trump and his administration as a whole remained rather indifferent to the Qatari-Saudi conflict. But for Qatar, several regional powers of the Middle East “fit in” at once - Turkey, Pakistan and even Iran, which Saudi Arabia cannot resist alone or with the support of their little allies. Therefore, the Qatari crisis itself is declining. In Riyadh, they were convinced that the United States was not interested in the blockade of Qatar, soberly evaluated their forces and saw that the Islamic world was not at all united with the position of the Saudis. However, the main domestic political goal of the Qatari crisis was achieved. 21 June 2017, King Salman decided to deprive Muhammad ibn Naif of the status of the Crown Prince of Saudi Arabia.

Salman appointed his son 32-year-old prince Muhammad ibn Salman as the new crown prince. Young and active Ibn Salman, of course, has less influence and less fame than his cousin Ibn Naif, but he is full of strength and ideas. In particular, Ibn Salman, still being the Deputy Crown Prince, stated the need to overcome the oil character of the Saudi economy. He voiced his own plan for the economic and social development of Saudi Arabia, implying a gradual overcoming of the country's focus on oil exports.

The main income of the Saudi kingdom, according to Prince Ibn Salman, should not be natural resources, but investments - and the prince plans to develop this program in the near future. Muhammad Ibn Salman’s desire to reform the Saudi economy is understandable. The fall in oil revenues led to serious financial consequences for the kingdom. The government even had to reduce the kingdom budget by 25%, reduce the size of subsidies for gasoline, electricity and water, which were previously very generous. Expected and the emergence of new taxes, including - "on luxury" and drinks with high sugar content, which are very popular in Saudi Arabia.

Naturally, the reduction of political influence of Muhammad ibn Naif became a number one strategic goal for the young prince and his entourage, because in the event of the death of Salman and the transfer of the throne to Muhammad ibn Naif, the prince’s ambitious plans could not be realized. But now the fears have disappeared - Salman changed the crown prince, and this means that in the foreseeable future, Saudi Arabia can get a very young monarch.

Ctrl Enter
Noticed oshЫbku Highlight text and press. Ctrl + Enter
We are
Is the prince in Yemen dead or dying of a heart attack? How the Emirates got involved in the warKing Salman - "family sheriff" and the father of the astronaut
Military Reviewin Yandex News
Military Reviewin Google News
7 comments
Information
Dear reader, to leave comments on the publication, you must sign in.