21 2017 June
55
The correspondent of the British newspaper The Independent believes that Mr. Trump is leading a war in Syria not with terrorists at all, but with President Assad’s army. Russians, the Assad army and Iran are fighting with terrorists in Syria. 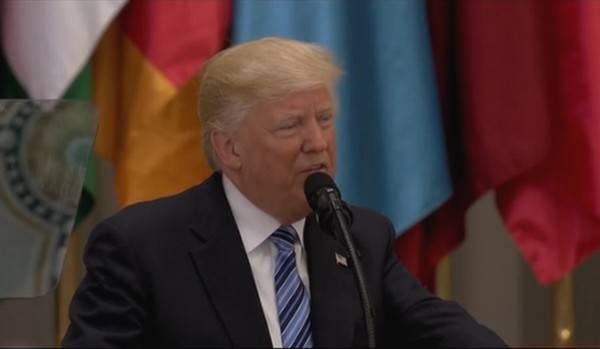 The United States is more likely to strike at the troops of President Assad, rather than fight the "IG" (forbidden in the Russian Federation). Writes about this in «The Independent» Middle East correspondent Robert Fisk.

And the whole West as a whole is much more outraged by the use of chemical gas, which is accused of the “Assad regime”, than by the brutality of the militants of “IG”.

The destruction of the Syrian fighter by the Americans has little to do with the fight against terrorists, but it fits into the strategy of fighting against the Syrian army: the latter was just advancing in the area near the Kurdish troops supported by the Americans.

The American attack, the journalist said, was a warning to the Syrians: keep, they say, away from the "Syrian democratic forces." The author reminds that Kurds and several Arab divisions are fighting under this sign. The Kurds can take Rakku, about which Moscow and Washington, probably, can agree, but the Syrian military is much more interested in freeing Deir-ez-Zor. The map is changing literally every day. But the Syrian military, Hezbollah, Iran and the Russians are still successfully fighting against IS and those militants who are fighting along with IS.

At the same time, the United States "greatly exaggerates" the number of Iranian forces in Syria, perhaps because it corresponds to the Saudi and American propaganda stamps about "Iranian expansion." But the success of the Assad army certainly worries both the Americans and the Kurds.

So who in the Middle East is fighting the "IG"? And who does not fight?

Russia claims to have recently destroyed al-Baghdadi, the self-styled caliph of the Islamic State. Russia declares that it hits the "IG" with rockets. “The Syrian army, supported by the Russians, is fighting the IG,” the correspondent indicates. “I saw it with my own eyes.”

But America attacks Assad airbase near Homs, then Assad's allies near At-Tanfa, and now it is shooting down one of Assad’s fighters. It seems that Washington is now attacking Assad, and it does it much more openly than before. At the same time Washington attacks Iranian supporters of Assad. The fight against Assad, the United States clearly prefer to fight with "IG". And this is consistent with the policy of Saudi Arabia. So this is what the Trump regime is seeking, the journalist sums up.

So what are the goals of Washington? The author of the note suggests that the goal may be to split Syria into parts and turn it into a failed state.

There is, we add, the second question: will the American campaign against Assad lead to success, if Moscow, defending its ally Assad, targets the coalition planes attacking the Syrian army?