Officially, the American instructors help the allies free from ISIS (* terrorist group banned in the Russian Federation) Raqqa. In fact, over the past few years, “democratic forces” have actually allowed igilovtsy to leave Raqqah along an organized corridor. It is along this corridor that terrorists infiltrate into other provinces of Syria - in particular, into the province of Deir ez-Zor and Homs.

The Syrian army tried to block the "Raqqi corridor", using for this not only ground units, but also funds aviation. As you know, the Americans shot down one of the Syrian military aircraft. It was announced that he was attacking the "anti-Igil forces."

This openly hostile act was considered by the Syrian command as an attempt to prevent the complete destruction of a large group of ISIL (*) in the province of Rakka. 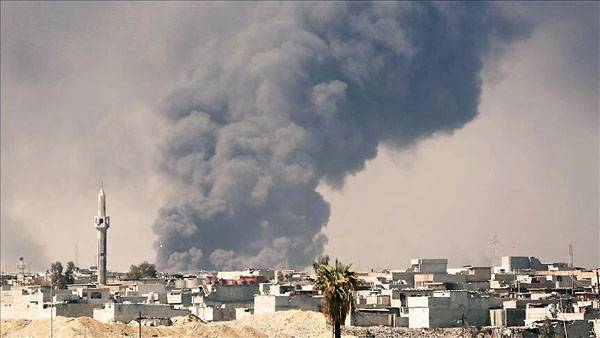 Recall that earlier news came about the actions of American army aviation near Raqqa, which took military instructors from the area of ​​the city. This raises the question of who was actually instructed by the American special forces - the “democratic” forces or the ISIL terrorists themselves (*).

Fierce fighting, according to the latest data, go near the city of Resaph. The “democratic forces” supported by the Americans are doing everything to prevent the Syrian army from advancing towards Raqqi and causing maximum damage to the militants of the so-called Islamic State. Trying to "leave" the victory over LIH for US self-promotion and public relations?

According to some reports, the special forces CAA "Tigers" is trying to free the Syrian pilot, whose plane was shot down earlier.