In St. Petersburg, revived the museum of New Russia

19 2017 June
11
The museum of military prowess of Donbass, which was previously called the museum of Novorossiya, gained a second life in St. Petersburg on the Fontanka Embankment, 119, reports FAN. 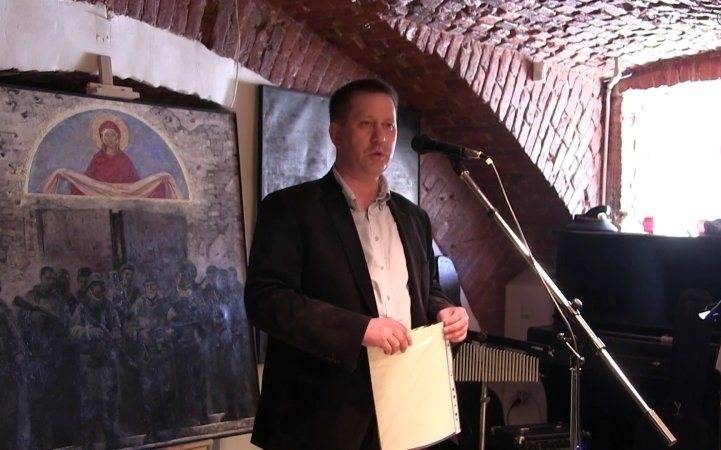 For half a year we were in a drifting state. And this period showed us very well who is who. All friends stayed with us. The enemies rubbed their hands and thought that we were kirdyk. But still it is история. A museum of New Russia will remain in our memory, you all see perfectly well that we do not shy away from this name, do not abstract it from it. Here hangs our banner, which some people so carefully ripped off when we were "closed". The museum of military prowess of Donbass is already a union,
said the head of the museum German Vladimirov at the opening.

“We note that the exhibition has gone beyond the“ amateur ”and now looks very solid. However, it will still be replenished with exhibits, now there is plenty of space for this. Replenishments began already on the opening day: among the “friends” who came to the ceremony, people with empty hands were in the minority, ”the report says. 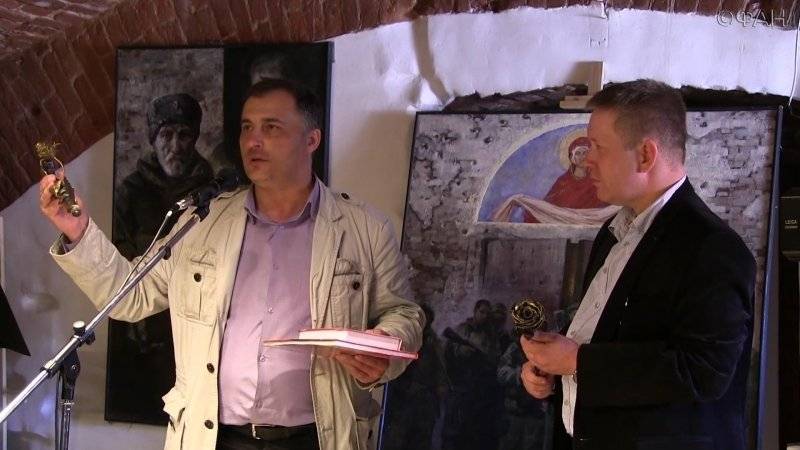 Sergey Lisovsky, Chairman of the Union of Donbass of St. Petersburg and the Leningrad Region, spoke about his gifts to reporters:

Every year on Miner's Day we go to the Donbass to support those who live there. Traditionally, we give St. Petersburg gifts to our fellow countrymen, and they give us Donetsk. And these I want to give to the museum management, this is also the continuity of history.

In the hands of Lisovsky turned out to be the key to Donetsk, engraved with a forged rose, the blacksmiths made it to the 140 anniversary of the city (before the civil war in Ukraine, in 2009), and another elegant metal flower forged from fragments of military shells.

Among the guests were many who personally went through a civil war, defended the Donbass. They looked at the photos of the dead front-line friends, laid flowers on the stands. 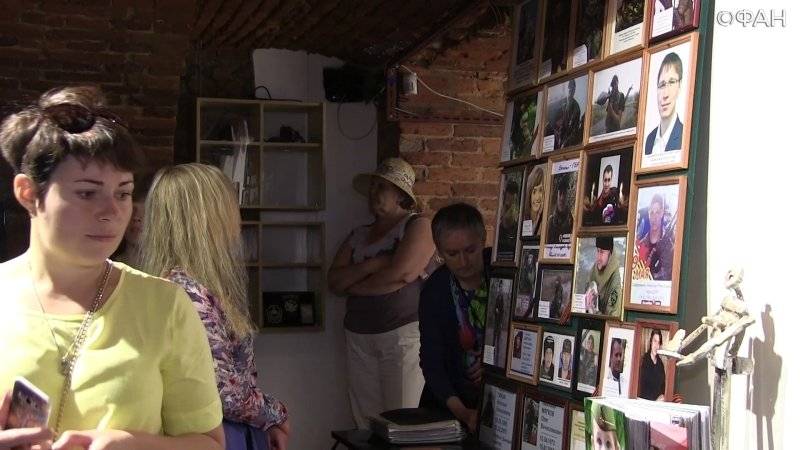 Some losses during the protracted relocation of the museum still suffered. This was told by the deputy head Konstantin Vyunkov:

We had a very important column for us, on which fighters who came for a leave or wound leave their autographs and inscriptions (some of them are no longer alive). Known and unknown commanders, public figures, deputies, artists, foreigners ... Unfortunately, we could not take it away, which is one of the most important exhibits. But now we decided to get out of this situation differently: we will hang a large stand at the entrance, where everyone can leave their messages.

Finally, the museum director Vladimirov told reporters about whose help and how the museum went its thorny path to a new “place of residence”:

The regional public organization of veterans of the Ministry of Internal Affairs of Chechnya and Afghanistan has kindly provided us with part of its premises. We are very grateful to them and now we work together. Difficulties were mainly household-technical nature. But nobody bothered us. Everything, as usual, was done by myself, on my strength of spirit and faith in what we can. And what happened as a result: everyone sees, everyone is happy, everything is fine!