19 2017 June
10
A detachment of ships of the Chinese Navy left the port of Sanya and went to the shores of Russia to participate in the Russian-Chinese doctrine "Sea interaction - 2017", reports RIA News the press service of the Ministry of Defense of China. 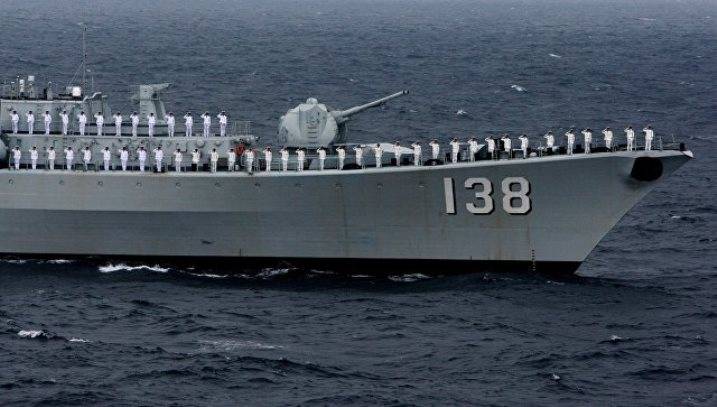 A detachment of the PRC Navy ships as part of the Changsha destroyer, the Yuncheng frigate URO, the Lomakhov support vessel 18 left Sanya port (Hainan province) on June 15 and headed towards St. Petersburg and Kaliningrad to participate in the joint Russian-Chinese exercise Marine interaction - 2017 ",
says release.

It is reported that the exercise will take place in two stages "from mid-July to mid-September in the waters of the Baltic, Okhotsk and Japan Seas."

The press service noted that the conduct of joint maneuvers "is aimed at strengthening and developing relations and comprehensive strategic interaction and partnership of the two countries, as well as at strengthening the naval forces of both countries and increasing interaction at the command level when conducting joint operations." If necessary, this will help to cope with the common threat.

According to the ministry, this year the theme of the exercise will be "conducting joint rescue operations, jointly ensuring the safety of maritime economic activity."

Exercises "Sea Interaction" are held from 2012 year, last year, maneuvers were held in the waters of the South China Sea.