Golden Forks and Hamburger: Lithuania is reviewing the procurement system of the Ministry of Defense

18 2017 June
14
The leadership of Lithuania, in spite of the measures taken, cannot save the country from the Soviet past, at least in terms of the problems typical of the USSR, modern Russia and other post-Soviet republics. On the eve of the Lithuanian Defense Minister Raimundas Karoblis presented his vision of the fight against corruption to Parliament. 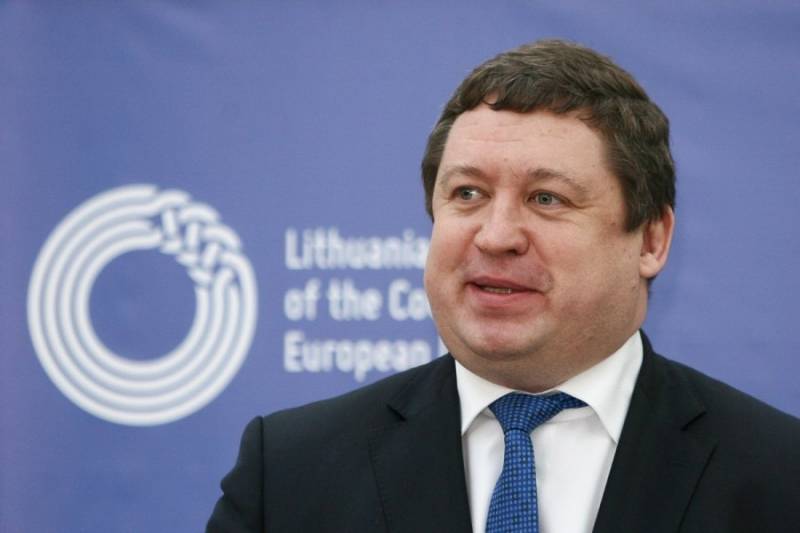 On Tuesday, the head of department offered the Seimas amendments to the law on the organization of defense and military service, according to which by the year 2018 the republic plans to create a centralized procurement system of the Ministry of Defense. The key tasks of the new organization will be the control and rational use of funds allocated for military needs. According to the author of the initiative, for the first 12 months, the company will assume 70% of the purchased products for the security department, and by the end of 2019, the figure should reach 95%.

“Transparent and effective agency activities will not only strengthen defense and equip the army, but also increase public confidence in the Lithuanian army,” the defense minister said. Taking this statement into account, we can assume that the idea to reform the military procurement system was born after a scandal involving the former defense minister Juozas Olekas.

Recall that in 2014, the leadership of the Lithuanian armed forces made a deal for the supply of kitchen appliances, the details of which the journalists managed to declassify only two years later. According to published information, the price of spoons, forks and other dining items was overestimated at least eight times: the cost of the cutting board was estimated at 180 euros, one fork was sold by the contractor for 184 conventional units, the spoon - for 142. As it turned out later, the Lithuanian Ministry of Defense also provided soldiers with expensive blankets and ordered four tents for the army, which cost 240 thousand euros. The outcome of the trial was the resignation of Juozas Olekas from a responsible post.

Returning to the initiative proposed by the successor of the retired minister, it must be said that the feasibility of creating an organization in charge of the financial affairs of the law enforcement agency is doubtful for Lithuania. It should be noted that Mr. Carblis refers to the successful experience of similar agencies in Germany and the Scandinavian countries. At the same time, the politician does not take into account that the level of corruption in the countries indicated by him is significantly lower than in Vilnius, where the scandal discussed above has become far from the only one lately.

In addition, the question of professional suitability of the head of the defense department remains open. For 6 months in office, the new defense minister managed to show himself as a principled anti-Russian fighter and not quite (or even completely not) an effective defender of the state’s economic interests.

So, in February Raimundas Karoblis dismissed the Lithuanian Air Force Colonel Audronis Navickas, who signed a lucrative contract for the repair of military Mi-8T helicopters with the involvement of a Russian company. It is also worth noting the recent changes in the nutrition of the Lithuanian soldiers, which resulted in hamburger and lasagna instead of herring preserved in the menu from the time of the Soviet Army. Notably, the new ration cost the Ministry of Defense 25% more expensive.

In connection with the foregoing, a reasonable question arises: whose activities entail greater damage for the treasury: corrupt bosses or principled dealers?