US Army after Obama needed a renovation

17 2017 June
21
The head of the Pentagon, James Mattis, at the hearings in the Senate intends to demand an increase in the military budget. This call, which is supported by Donald Trump, is also explained by the military as a "shock" from the low combat capability of the US Army - they say, the financial cutbacks of the times of Barack Obama seriously weakened the world's strongest army. Experts assessed the validity of these statements in the country, which "for 17 years continuously bombs someone." 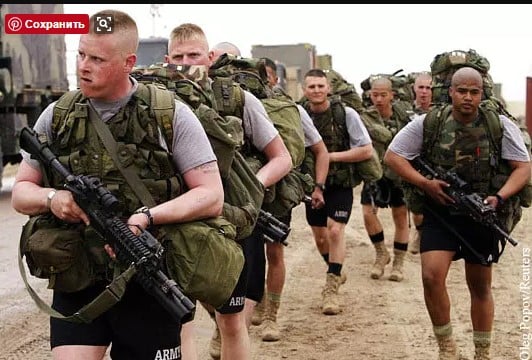 US President Donald Trump gave the head of the Pentagon, James Mattis, the authority to change the size of the American contingent in Afghanistan. This was reported by Reuters, citing a source in the White House. Most likely, we are talking about a change in the direction of increase - previously, the Pentagon’s request was sent to send at least 3 to the US military in Afghanistan, in addition to the 8,4, there are thousands already in it. If the message about Trump's decision is true, then this confirms the assumption that the president is listening to the requests and complaints of his defense minister.

Recently, requests from the leadership of the Pentagon have become more frequent - it is expected that the head of the Pentagon will again voice them at the hearings on Wednesday in the Senate. So, for example, on the eve of Mattis said that in the future the possibility of US missile defense will require an increase - and, therefore, the corresponding investments. The head of the Pentagon also turned to the White House for permission to close "unnecessary" military bases in the United States, and to buy planes, helicopters or nuclear submarines with the money saved - this is at least 2 billion dollars.
The Trump administration is meeting wishes - Congress has already been asked to increase allocations for the Pentagon’s needs by 52 billion dollars (and bring the military budget to 639 billion). According to Defense News, here at the Pentagon a serious “rear” - the Administrative and Budgetary Administration (OMB) was headed by Mick Mulvaney, a former congressman among the “hawks” - Republicans.

The head of the Pentagon accompanies his requests with statements about hostile relations with Russia (with which military cooperation is impossible), as well as the likelihood of confrontation with China.

Mattis "returned to the Pentagon and was shocked"

Justifying the need for investments in the modernization of the army, Mattis stated that the level of combat readiness of the US armed forces is extremely low. This, as the head of the Pentagon confessed, shocked him. Four years after resigning, “I returned to the Pentagon and was shocked by our state of readiness,” the Minister of Defense said, communicating with the congressmen the day before.

No enemy has done more damage to the US Army than the sequestration of the defense budget, stressed Mattis. Such sequestering entered into practice during the administration of Barack Obama. To solve the problem, “it will take years of growing funding and stable budgets,” the US Secretary of Defense added.
The minister of defense appointed by Trump has ambitious plans. Mattis has planned that the increase in military spending will occur in 2019 – 2023, moreover, so that military expenditures on 3 – 5% exceed inflation. "We did not fall into this (deplorable) situation in a year, and we do not plan to get out of it in a year," the Defense News quoted the head of the Pentagon.

The arguments of Mattis met with understanding among congressmen. “Do you know that we have airplanes that do not fly, there are pilots who do not receive flight time, that you have soldiers who are not ready, and that there are deficiencies in ammunition, training and spare parts? Asked a fellow member of the defense committee of the House of Representatives, Republican Mike Turner, to colleagues. “All because the budget we were given was not fixed.”

Not distorted, but sharpened the problem

The head of the Pentagon has real grounds for criticism, Vasily Kashin, senior researcher at the Center for Comprehensive European and International Studies at the Higher School of Economics, explained to the newspaper VZGLYAD.

The policy of automatic budget sequestration introduces austerity measures in all budget lines, in case there are problems with public debt and budget deficit. Under certain circumstances. According to the measures introduced by the Congress, all articles are cut and there is no possibility to choose more or less priority ones. Mattis wanted to emphasize that such a policy “damages the US defense capability,” the source stressed.
"This presentation should be taken in the context of the struggle to change a number of budgetary rules, which his budget used to be shackled," the expert explained. Therefore, Mattis's speech was intended to “sharpen the polemically. He did not lie, did not distort, but described it in several expressive expressions in order to draw their attention to the essence of the problem, ”said Kashin.

How "cut down" the US Army

The biggest cuts in funding took place not under Democrat Barack Obama, but under the Republican George W. Bush, Jr., Kashin noted.

When the US got stuck in Iraq in the 2000-ies, they had to increase the number of ground forces, for this purpose, implemented programs of budgetary economy, which primarily affected the air and naval forces.

One of the most painful savings measures was a sharp reduction in the production plan of the fifth-generation F-22 fighter, “which was and remains the strongest combat aircraft in the world,” the expert said, explaining that only 183 units had produced them and so far the United States could not recover production.

Then, after Obama’s withdrawal of the main part of the troops from Iraq and Afghanistan, the reduction of ground forces with the intention of investing these funds in the fleet and air force had already begun. “But it’s not possible to do it quickly,” the source said.
Why did the defense budget increase

Meanwhile, with the increased military capabilities of Russia and China, the United States has a new threat, Kashin notes. “They need to stop concentrating on the counterinsurgency war, they should prepare at an accelerated pace for an ordinary war against a great power. Implementing this redistribution against the background of a sequestration, budget constraints and a common political climate is difficult for them, ”Kashin concluded.

“It would be strange to talk about decline, it is the strongest army in the world, and it surpasses both us and the Chinese in many areas just by the head in terms of technical equipment,” the source said.

However, there are issues related to the wear of technology, especially they are relevant to the Air Force, where the average age of the fighter is more than a quarter of a century, plus investing in modernization. Since they are not physically new and constantly participate in the fighting, “America has actually been bombing someone continuously for 17 for years, the Air Force is doing all this, they still face problems with the wear and repair of instruments,” the expert emphasized.