23 2017 June
2
3 July 1963, the Soviet Army adopted a self-loading Dragunov sniper rifle (SVD), which was created by Yevgeny Dragunov. In the state competition “brainchild” of the designer announced a few years before, it competed with the developments of such venerable gunsmiths like Alexander Konstantinov, Fyodor Barinov and Mikhail Kalashnikov. After thorough testing, the commission members agreed that the Dragunov sniper rifle is the best fit. SVD, due to its high reliability, accuracy, simplicity and unpretentiousness in maintenance, is still considered to be one of the best army sniper rifles in the world. 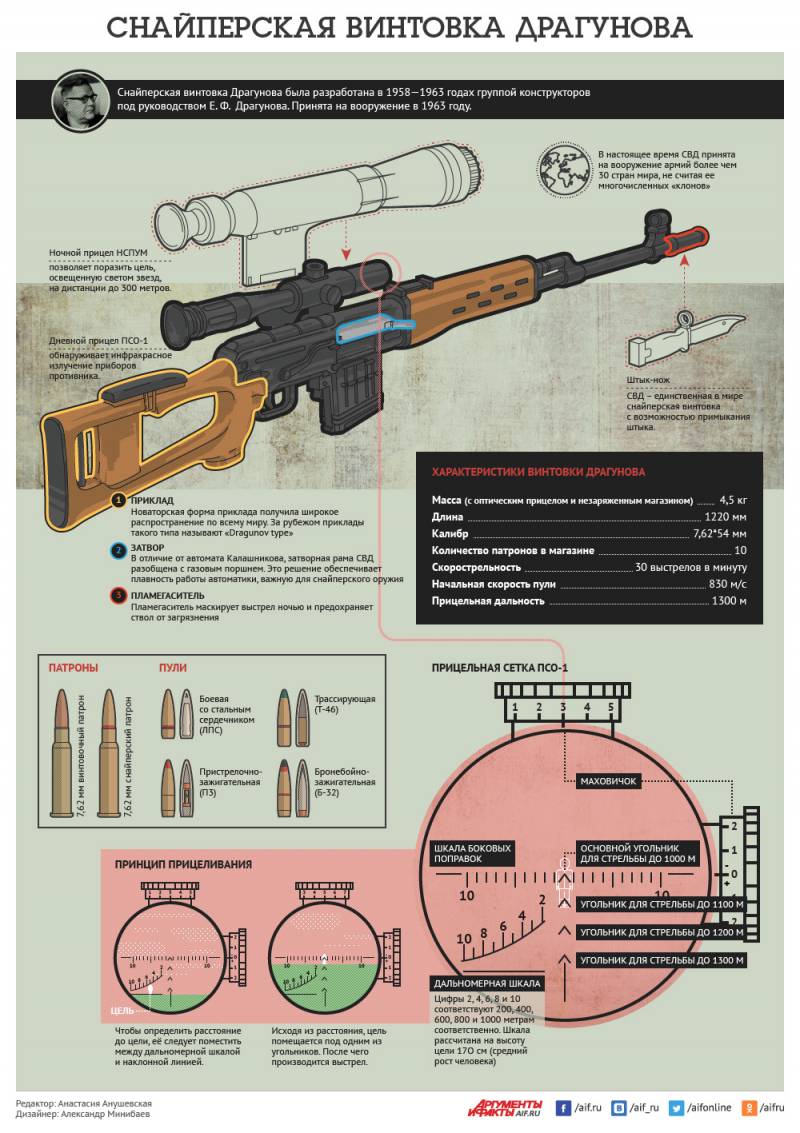