The main thing that its. Introducing the new social network "Ukrainians" 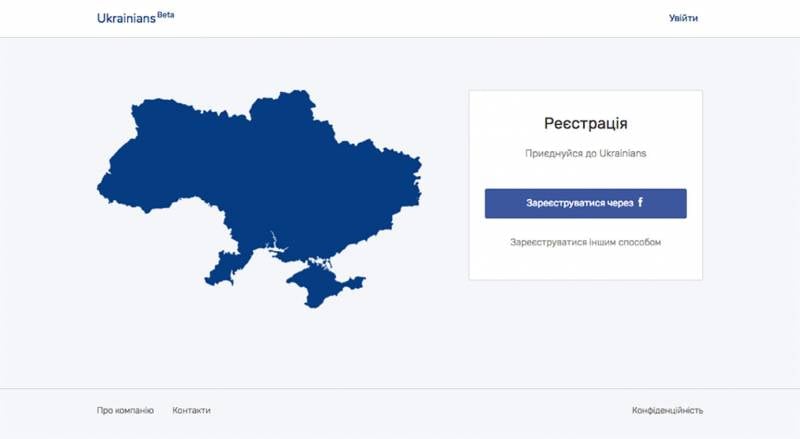 Recently, in addition to the long-awaited liberalization of the visa regime with the European Union, the blocking of Russian social networks and the launch of their Ukrainian counterpart has become one of the main information occasions in Ukraine. Instead of the blocked "VKontakte" and "Classmates" a national network has been developed, dubbed "Ukrainians" (Yukranians).

At the moment, the audience of the Ukrainian portal is more than fifty thousand people and, according to the developers, it is increasing almost every hour. In the near future it is planned to achieve an indicator of one hundred thousand registered users, after which additional functions of the site will be launched.

Let us omit the question of rationality in creating a national social network and immediately proceed to the functional features of the portal, namely the lack of the ability to send comments and add friends, which is certainly perfectly normal for this type of website. Speaking about the shortcomings, it is worth mentioning the positive aspects of the Ukrainian development, that is, the ability to install and change the avatar, name, surname and date of birth. We also forgot to say that you can go in and out in Ukrainians. Also in the near future, it is planned to introduce two unique buttons “Glory to Ukraine” and “Glory Heroes”, when clicked, in addition to the unrestrained strengthening of patriotism, users will automatically increase utility rates and retirement age.

“I registered with pleasure, it will be something to replace VC. It’s nice to be with my brothers ”, this is how Ukrainians comment on the launch of their new site on VKontakte. As we can see, users are not at all repelled by some technical limitations, the main thing is that people seem to be there, but the fact that it is impossible to communicate is unimportant, is a kind of independent Internet cemetery.

The developers didn’t forget about the convenience for new users, because the registration form can be automatically filled using existing accounts in Facebook and you won’t believe the banned and blocked VKontakte. By the way, “conscious” citizens are also invited to report to the police when they discover the facts of the use of blocked Russian resources! So when using the VKontakte account, when registering with Ukrainians, be careful, you can report to the appropriate law enforcement agencies! Knocking - do not build!

The English-language name of the resource deserves special attention, where is your patriotism, citizens of Ukrainians, how does the popularization of the Ukrainian language, after all, just a few days ago, President Petro Poroshenko, by his decree, established quotas for Ukrainian on television and radio, why torment the hosts, who have to diligently pronounce it Western “Yukreinianas”, when you can use such nice and patriotic names as “VUkrasina” or “boys and girls”, how can that be !?

In general, the idea is certainly promising and profitable, a million will be spent on development (of course not hryvnia), another million on advertising, then it will turn out that ten more are needed to protect the network from “Kremlin hackers” and Russian-speaking users. In general, they drank, oh sorry, I do not want to earn. The main thing is that no one will know that any modern student can make a simple site with VKontakte functionality and, not least, working messages and friends, in just a couple of hours, spending just a dollar to pay for hosting.

Only one question remains for filling, why is the Russian Crimea and the self-proclaimed LDNR present on the blue map of the country depicted on Facebook, which is typical for Facebook, because there is no political censorship and it’s unlikely that anyone will use New development from Kiev.