16 2017 June
99
The Ministry of Defense checks through various channels information about the possible destruction of the leader of the banned Islamic State group * Ibrahim Abu Bakr al-Baghdadi as a result of a Russian strike aviation, transmits RIA News with reference to the message MO RF


High-ranking militants who were part of the "military council" of the IG *, and about 330 terrorists, became victims of this strike of Russian aviation.

Information to the meeting of the leaders of the militants of the Ministry of Defense received in late May. During the data check, we managed to find out that the purpose of the meeting was to plan the routes for the withdrawal of militants from Raqqa through the so-called "southern corridor".

Aviation struck 28 at night in May, from 00.35 to 00.45 Moscow time, after the drones confirmed the data on the place and time of the meeting. At the same time, the Ministry of Defense had warned the American side about the strike. 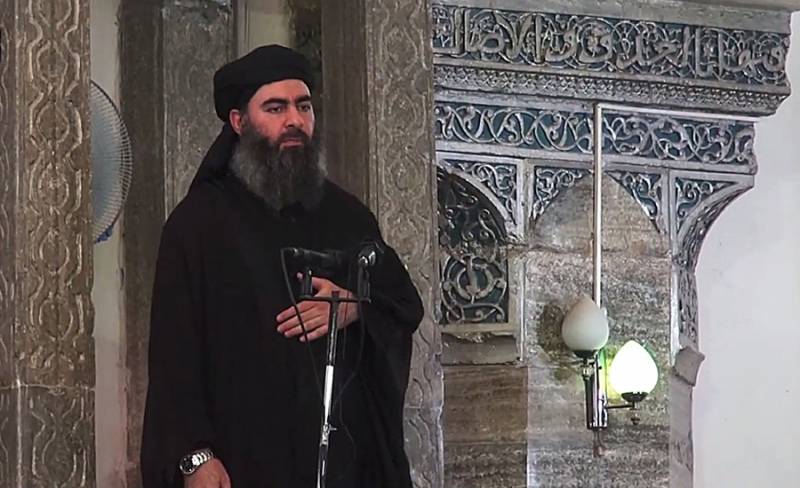 Al-Baghdadi, his real name - Ibrahim Awad Ibrahim al-Badri, first appeared in public in July 2014, when from a mosque in the captured IG city of Mosul proclaimed the creation of an "Islamic Caliphate" in the Middle East. Since then, the media have repeatedly published information about its liquidation, but it has not been confirmed.

American and Iraqi intelligence services suggested that the leader of the IG could be hiding in the area of ​​the El-Baad settlement near the Syrian border. June's Daily Mail 11, citing Syrian television, reported that al-Baghdadi was allegedly eliminated as a result of the Raqqa air strike. At the same time, the Amaq site associated with Islamists has not yet published any confirmation of these messages.