Tank breaks into the desert 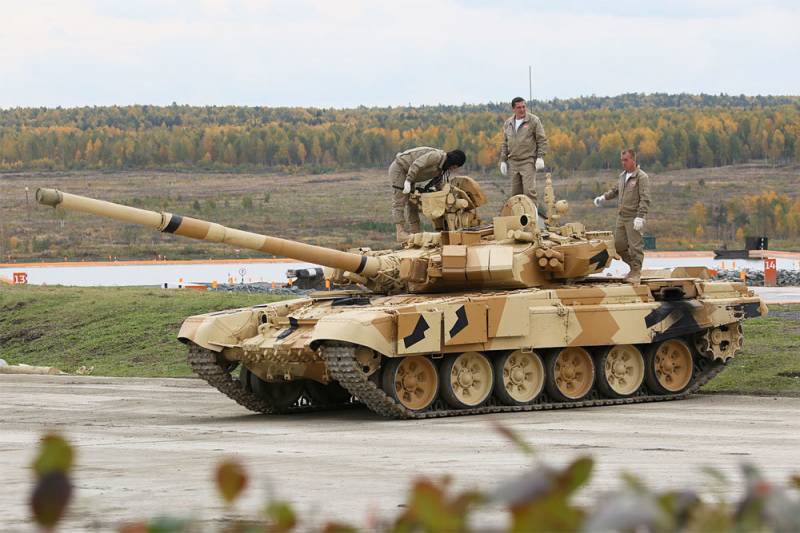 T90SM - one of the best serial tanks beginning of the XXI century, and its export potential is high. Photo: Tatyana Andreeva


On the Internet, information appeared that a contract was signed between Russia and Egypt for the purchase of T-90CM tanks. Moreover, it is stated that there is no official confirmation in order not to “frighten” the deal.

Immediately I must say, there is nothing to frighten. Rosoboronexport asked to comment on this, one might say, sensational information which was firmly stated: there was nothing to comment on, no tank contracts were signed with Egypt. You can add: and probably will not be signed. In this country, the American Abrams became the main battle tank for a long time. The Egyptian military is unlikely to change one car for another.

And the point is not that the overseas tank is better than the Russian, rather the opposite. They are just completely different. Abrams has a gas turbine power plant,

T-90CM - a classic diesel. And transplanting crews from a gas turbine tank to a diesel without serious retraining is problematic - these are serious costs. It should be noted that military-technical cooperation between Russia and Egypt is developing quite dynamically and without a tank component.

However, there is no smoke without fire. Interest in T-90CM is growing rapidly. For the first time this car could be seen at the exhibition in Nizhny Tagil in 2013 year. And in the autumn of the same year at the international military-technical salon in Abu Dhabi IDEX-2013, where the international premiere of this tank took place, it became a real sensation. Every day he participated in dynamic shows and created a sensation. The Emirates military even asked to leave them T-90CM for more detailed acquaintance. But they were invited to Nizhny Tagil at the salon RAE-2015. That's where the tank flashed in all its glory, showing excellent driving performance and very accurate shooting.

And at the IDEX-2015 cabin that followed the Urals exhibition our tank became a real star. The military of the countries of the Middle East and North Africa were already quite realistic about it. The then leadership of Uralvagonzavod said in a low voice that very promising negotiations were under way. It was planned to complete them in 2017 year.

So it is quite possible that the negotiation process has moved to the stage of preparing the contract. True, the buyer country remains unknown.

How does T-90CM attract potential customers? I must say right away that this is a very deep modernization of the T-90C, which showed itself perfectly in Syria during counter-terrorist operations, which were not typical for tanks in general. And by name. For some reason, it became customary to call the car as T-90MS. The letter "M" denotes upgrading and is placed after the main marking. In this case, upgraded T-90C. And the correct order of letters will be: CM.

T-90CM with a mass of more than 40 tons easily develops speed 70 km / h. It has the highest maneuverability. Caterpillars lightweight with increased resource. They are rubberized, while driving on asphalt do not damage the road surface. The tank is very thought out armor protection, including all the upper projections. In the forehead, T-90CM take problematic. In addition to the multi-layered and rather thick armor, the dynamic protection of the new generation is also installed. It not only counteracts the cumulative jet, but also breaks the sabot cores of armor-piercing shells. Well protected chassis. Also applied elements of the latest active protection, which destroys anti-tank missiles on approach. Combat control system - one of the most modern in the world. For operation in a hot climate, two powerful air conditioners are provided.

By the way, T-90CM passed the test tests in one of the Arab countries. And showed themselves from the best side.

So its export prospects are not bad. And talking about a contract for its supply abroad is not at all groundless.