In Kiev, preparing a bill for the return of Donbass

15 2017 June
68
The National Security and Defense Council (NSDC) announced the preparation of a draft law "On the specifics of the state policy of restoring the state sovereignty of Ukraine over the temporarily occupied territory of the Donetsk and Lugansk regions".

As reported on the website of the National Security and Defense Council, a round table meeting was held in the office of the department, during which this bill was discussed. It was attended by experts specializing in foreign policy, defense and security issues, as well as representatives of government bodies. 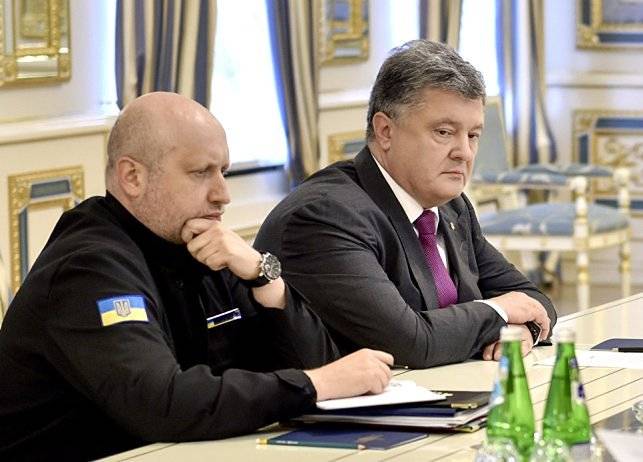 As Litvinenko stressed, "at the same time, many proposals and comments were received, most of which will be taken into account when preparing the final version of the draft, which will be submitted to the President of Ukraine for submission to parliament."

Earlier, Ukraine’s National Security and Defense Council Secretary Oleksandr Turchynov said that Kiev needed to complete an “anti-terrorist operation” in the Donbas and move to a new format of the military operation. President Petro Poroshenko spoke against the abolition of the "ATO regime" before the adoption of the law on the reintegration of Donbass, which, in particular, will be spelled out the legal regime of the Ukrainian military.