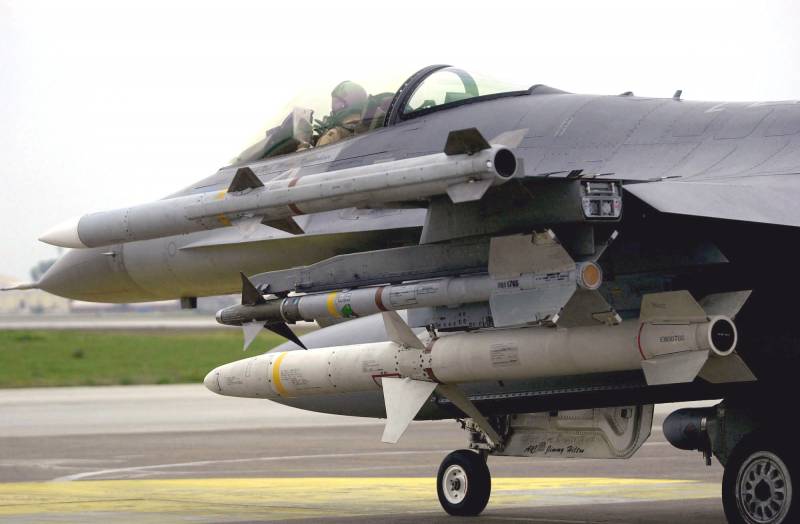 AGM-88E / F HARM is the basis of anti-radar weapons NATO. This rocket is in service with the United States, Germany and Italy.


Events in Syria, especially the deployment of anti-aircraft missile systems such as the Russian C-400 Triumph, in support of the ongoing air campaign of this country, give NATO a pause for reflection.

The C-400 SAM, which, according to open-source data, has an interception range of 40H6 400 km, allows you to cover large areas, making it a powerful weapon to block the zone. At an all-European conference-exhibition on electronic warfare, held in Rotterdam in 2016, industry experts and military personnel from NATO countries assessed how the alliance is going to increase its capabilities in the field of suppressing enemy air defenses (Suppr. Enemy Air Defense).

The Summit of Heads of Government in Wales in 2014 determined that, since 2025, European members of NATO and Canada should provide 50 with the percent capability of the alliance in the field of SEAD. Currently, the vast majority of kinetic and electronic means of SEAD in the NATO bloc are provided by the United States Air Force and Navy. First of all, these are AGM-88E / F HARM anti-radar missiles from Raytheon / Orbital ATK companies, which are equipped with US F-16CJ Wild Weasel airplanes and the US F / A-18 fighter-bombers family. However, European members have some of the capabilities of SEAD in the form of a Panavia Tornado-ECR anti-aircraft defense aircraft, which are in service with the German and Italian air forces. 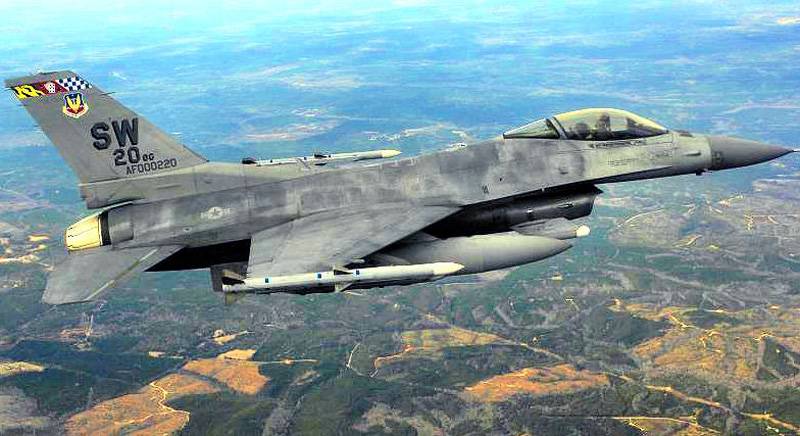 The United States Air Force and Navy remain the backbone of SEAD capabilities for NATO. To do this, they have platforms such as, for example, the F-16CJ Wild Weasel air defense fighter. 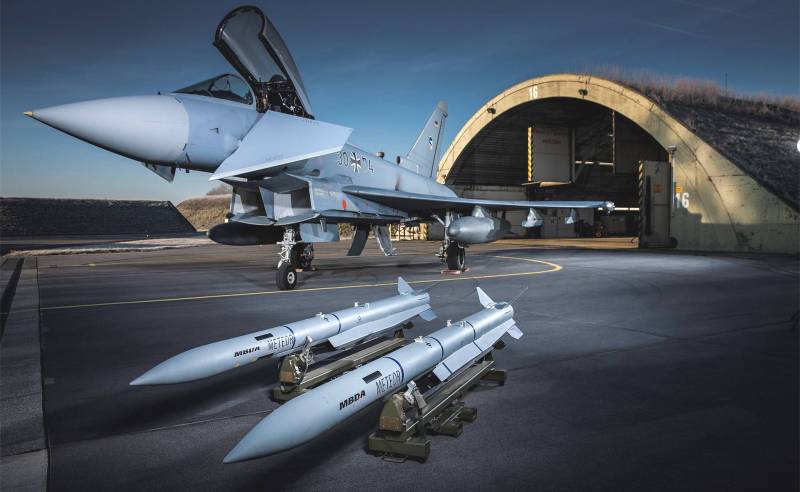 The presentations included the idea that the alliance will have to deal with operational space in the future, in which radar stations will be able to detect approaching aircraft at distances of about 1000 km, and the range of ground-to-air missiles may well increase to 500 km. In addition, radar detection frequencies are shifted down the spectrum to very high frequency ranges (from 30 to 300 MHz), since such systems can simplify the detection of aircraft with a small effective reflection area (EPR). Detection and positioning of relatively low-frequency radars by existing EW air systems can be difficult. Secondly, active radars that detect signals from the aircraft’s communications systems, such as radio stations, data channels, and radar emissions, can be identified using the so-called “passive radar”, which detects these transmitted signals and determines the position of the aircraft.

Also at the conference, it was noted that NATO envisions three approaches as the optimal way to neutralize these threats, using the proven and tested EW methodology, which includes destruction, disabling, misleading, stopping work and reducing work efficiency. NATO says that destruction can be achieved through the use of traditional kinetic means, such as anti-radar missiles, traditional weapons, EW facilities and special forces operations. Disabling electronic systems of the enemy, which rely on integrated air defense systems, that is, radar, radio communications and computer systems, can be achieved through the use of anti-radar missiles and EW, while cyber attacks can come into play for misleading, stopping and reduce the performance of these electronic components.

The NATO approach is implemented through close industry cooperation with military and civilian research institutions. For example, according to some reports, last year, MBDA was assigned to assess the feasibility of developing an air-to-air Meteor rocket to hit targets outside the visual range as a possible promising anti-radar missile. Regarding this initiative, no further information is available, but if this weapon is designed as a PI, it can potentially be included in an array of platforms capable of carrying a similar missile, for example, Eurofighter Typhoon, Saab JAS-39C / D / E Gripen and Dassault fighter jets Rafale-F3B / C / D, as a necessary means to perform typical SEAD tasks (as opposed to destroying enemy air defenses using traditional weapons). With the exception of the Tornado-ECR, which is in service with Germany and Italy, the European members of NATO do not have specialized weapons for SEAD.

The Alliance is currently developing a roadmap on how to achieve the goals of SEAD, as defined at the Wales summit mentioned earlier. In addition, it was stressed that members of the alliance need to ensure that the national capabilities of SEAD, which they currently have or that could achieve in the future, will be consistent with NATO’s overall strategy for SEAD, as well as with similar national doctrines. It was a general consensus that the European members of NATO should be prepared for about 2030 in the year to provide 50 percent of all the capabilities of the alliance in the field of SEAD.

The Luftwaffe Tornado-ECR aircraft are part of the small amount of SEAD facilities that NATO has at its disposal. The Alliance is currently pondering how to expand its capabilities. SEAD

Raytheon also recognized the need for airborne (air) EW systems, as it is necessary to respond faster to the changing nature of the threat of electronic countermeasures. “The development of threats occurs in such a time frame, which makes traditional identification methods unsuitable for realizing functions in real or even almost real time, for example, self-defense. They are becoming more dynamic, constantly changing their appearance, adapting on the go. And here cognitive technologies will contribute. Users require that we provide a threat identification system that does not require a flight data library (contains details of the radio frequency threats that the aircraft may encounter when performing a specific task) and are able to identify radar threats; thus, the system reacts flexibly to changes in the characteristics of these threats. The plane no longer needs to land and wait for the reprogramming of the libraries for the next sortie. ”

The company is actively developing similar technologies, pointing out that "we are creating better algorithms and fast electronics that react in real or near real time." 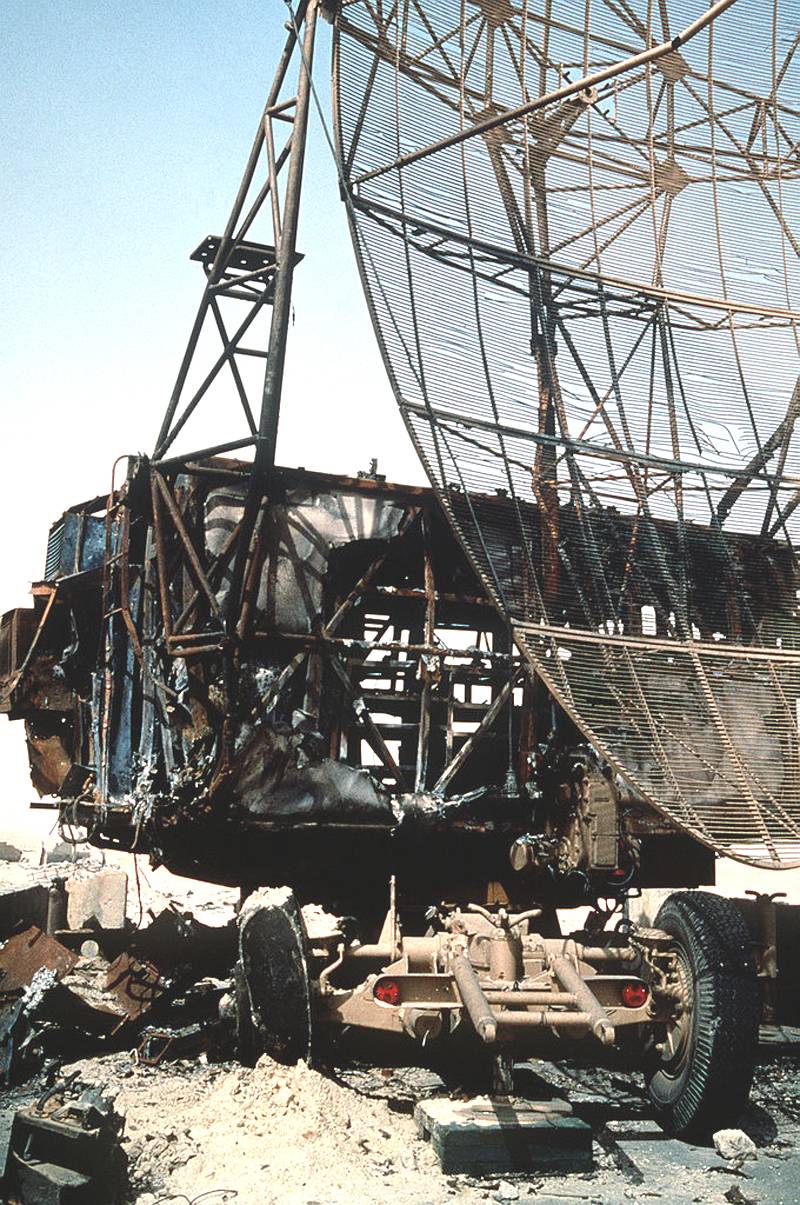 The guaranteed destruction of radar threats in the future with the help of electronic and kinetic means will remain the main occupation of the defense industry and EW specialists.

In a written statement, Harris also pointed out the importance of the cognitive EW architecture. "The type of today's EW landscape requires technologies with rapid response capabilities that can uncover cognitive ideas about the conditions in which it (the technology) works to adapt to future threats almost in real time." The creation of next-generation EW air systems, functionally flexible and responsive to current and emerging threats, is vital. As the business development director at Lockheed Martin noted: “The equipment will need to include improvements that improve the frequency range as well as the system bandwidth along with high-speed digital data processing. Large volumes of digital data will be generated by these systems requiring advanced processing, as well as memory. ” He also noted the cognitive trend: “Advanced algorithms will shift, using small sets of parameters, to more flexible, even cognitive processes that will be able to evaluate information provided by a variety of potential threats in order to identify them and react accordingly.”

Interference or interference is another challenge for onboard EW equipment. According to the head of the unit for EW systems at Saab, civilian communication is increasingly interfering in the frequency bands previously stored behind the radar. This is the result of the ubiquitous spread of cellular communications and requests from the civilian world for expanding the frequency range. Ultimately, the frequency range in which the radar can operate decreases, and this means that civilian communications can “mix” in the general electromagnetic environment along with military radio signals. He also said that these problems can be solved "through the use of very selective ultra-wideband digital receivers that can separate different types of signals without sacrificing performance."

Harris also shared some thoughts on how EW air tools will evolve, and she particularly insists that the importance of open architecture in EW systems projects is increasing. "While the open architecture in the radar station has existed for more than a decade, the industry still faces complex challenges related to the development strategy and adoption." Like an open architecture, a programmable architecture (when the capabilities of a system can be improved by updating software without the need for (or minimal) modification of its hardware, while saving considerable money) also has good prospects. “Large platforms are too expensive to constantly upgrade. In this regard, EW aircraft operators need access to systems that have the ability to increase their capabilities by constantly updating software products. ” According to Harris, the promising market for EW air assets can seriously spur greater use of commercial off-the-shelf technologies in promising EW systems, which will help reduce the cost of design, production and acquisition. Along with this, there is a constant need to “reduce the weight and size and energy-consuming characteristics of our next-generation systems while simultaneously developing constructive solutions conducive to updating, networking and maintaining effective situational awareness on the electronic battlefield.” 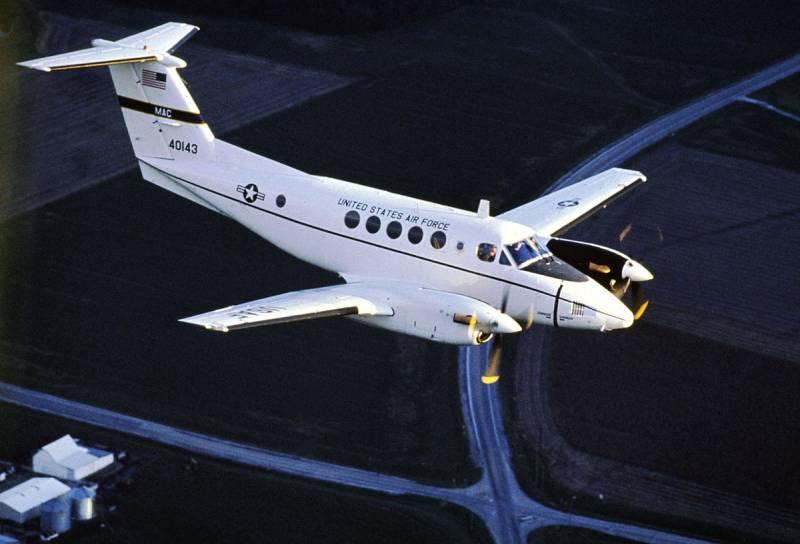 Electronic reconnaissance aircraft may be reduced in size, which will allow small turboprop aircraft to perform PTP tasks.

As for the markets, the company Elettronica sees a very large demand for EW air assets in the Middle East and in the Asia-Pacific region. But Rockwell Collins believes that the geopolitical aspirations of Russia and China have an impact on the market for EW air assets. Countries close to their borders are reconsidering their attitude to EW air assets, in particular the conflict in Ukraine and Russia's involvement in it should serve as a powerful signal in this regard. In the German company Rhode and Schwarz, which is particularly active in the field of RTR, they believe that the EW market of air assets will witness the admission of new candidates to the “club” of countries that are armed with platforms capable of collecting radio intelligence data. “More and more countries that currently do not have EW air platforms in their portfolio see their purchase as mandatory. For these countries, a fully equipped high performance aerial platform (such as the RTR Boeing RC-135 V7W Rivet Joint aircraft) will not be the best choice, but smaller multitasking reconnaissance platforms will become a more practical acquisition.

While the markets may have the reasons mentioned above for growth, they may also have limitations. Elettronica believes that problems with defense budgets around the world can slow down the purchase of new EW air systems, both new and for modernization programs. However, as noted by Raytheon, money is not the only problem. The second problem is the understanding of the need for EW. “EW is becoming increasingly important, but you can not immediately understand with your mind what you do not see. There is a great need to help people understand what EW can give in reality and how best to apply it; these opportunities are extremely important in the modern world. ” In the end, better awareness, as well as finance and research, will help ensure that radio-electronic warfare is consistent with current and future threats in a complex and changing world.